You are at:Home»News»Arthur Nikisch Competition, in collaboration with Only Stage, announces winners and prizes! 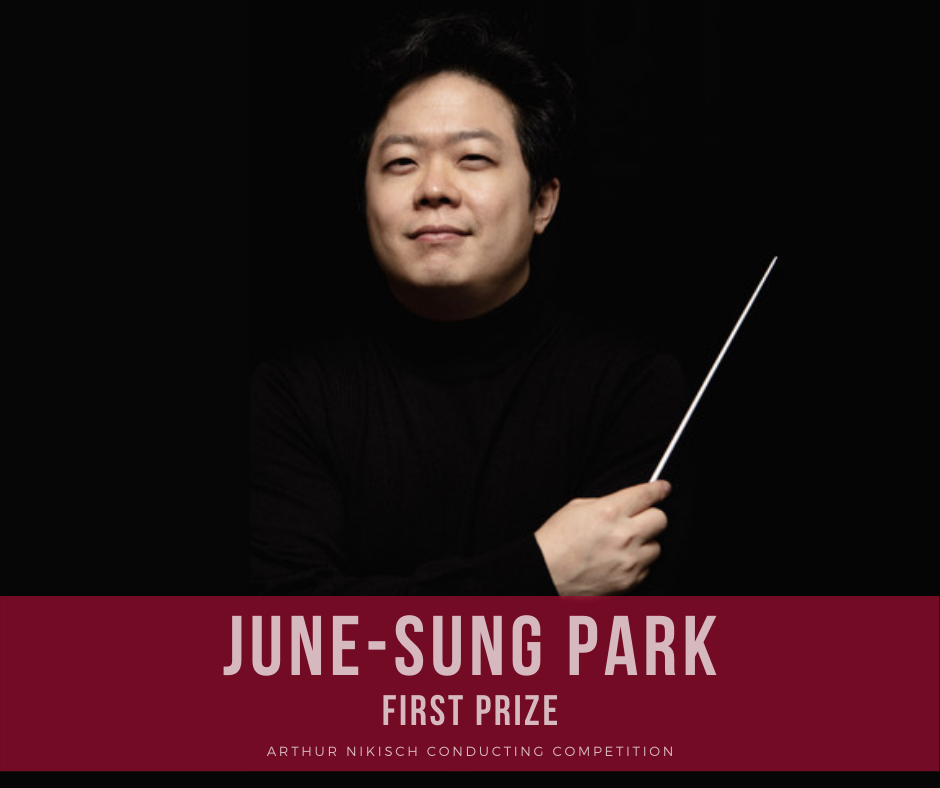 FIRST PRIZE in the Arthur Nikisch Conducting Competition has been assigned to June-Sung Park.
The prize consists in a € 2500 grant plus:
- A concert within season 2021/2022 of the Filarmonia Veneta Symphony Orchestra, Italy;
- A concert within season 2021/2022 of the Witold Lutosławski Chamber Philharmonic, Poland;
- A concert within season 2021/2022 of the Thessaloniki Symphony Orchestra, Greece;
June-Sung Park, born in Seoul, South Korea, was Assistant Conductor to Thomas Dausgaard at BBC Scottish Symphony Orchestra and the Leverhulme Conducting Fellow at the Royal Conservatoire of Scotland from 2017 until 2019. As Assistant Conductor, he assisted Thomas Dausgaard at the BBC Proms and the Edinburgh International Festival.
June-Sung is the first prize winner of the Aram Khachaturian International Conducting Competition 2016. In this competition, June-Sung also won the three special prizes: Orchestra Award, Interpretation Prize and Concert with Kaunas City Symphony Orchestra. Other competition success includes winning the prize of the 6th International Conducting Competition Jeunesses Musicales Bucharest in 2015.
READ MORE 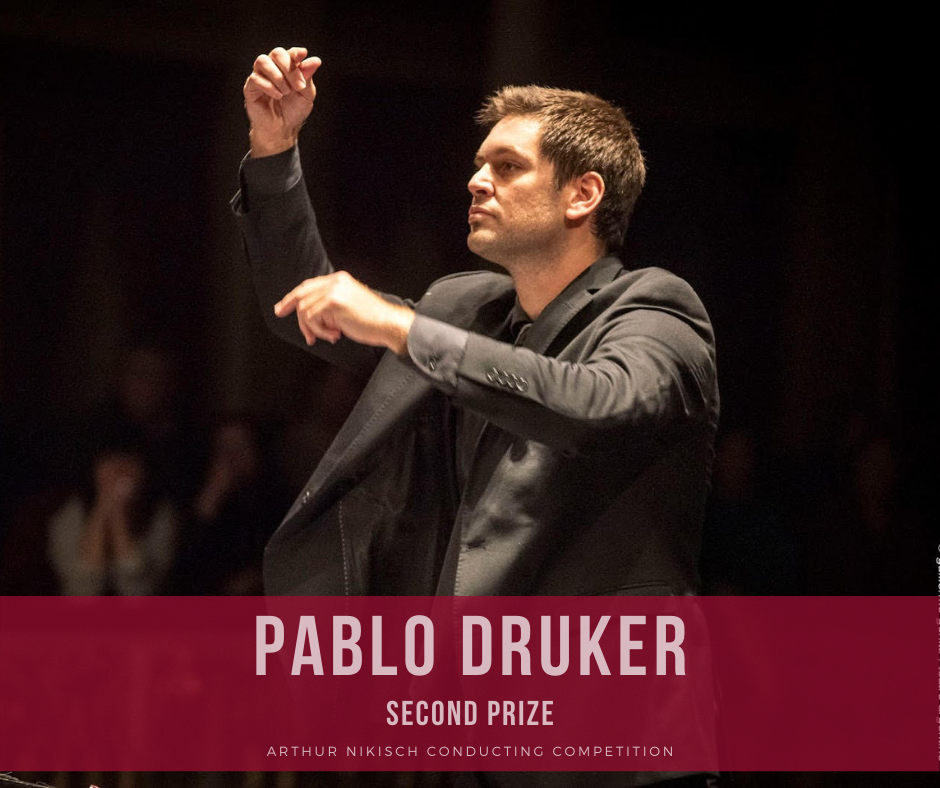 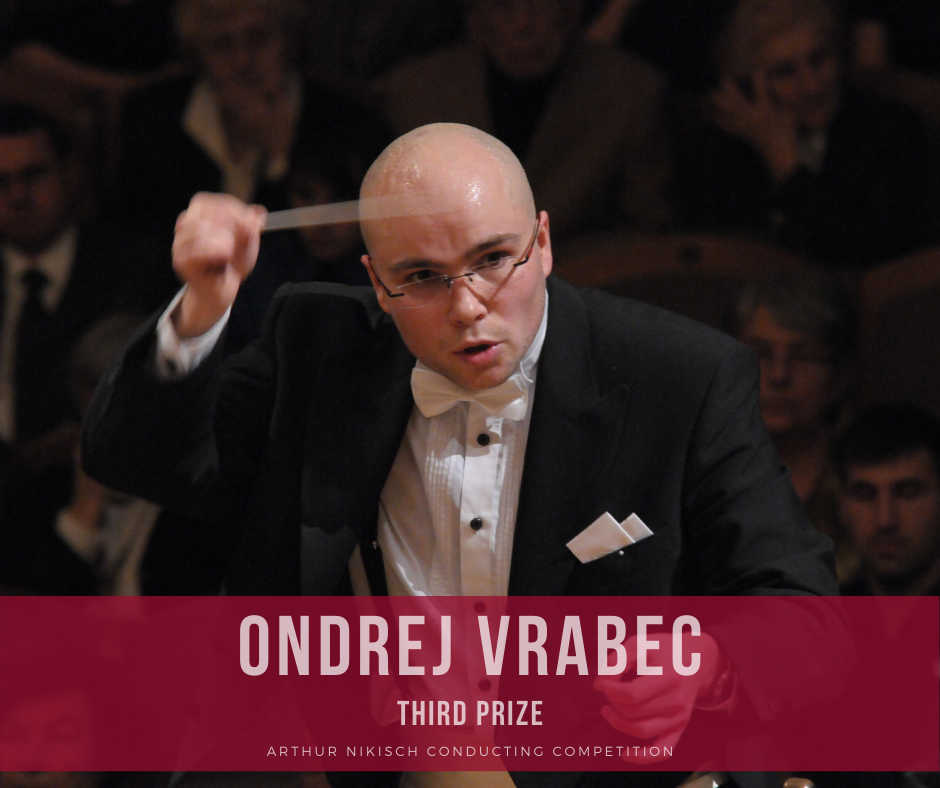 THIRD PRIZE in the Arthur Nikisch Conducting Competition has been assigned to Ondrej Vrabec.
Ondřej Vrabec, conductor and French horn player, is a graduate of the Prague Conservatory and the Academy of Performing Arts in Prague. Already at the age of 17, he became the principal horn player of the Czech Philharmonic Orchestra, where he holds the position of soloist to this day. As a soloist, he has performed with dozens of national and international orchestras under the baton of famous conductors (such as Sir John Eliot Gardiner, Vladimir Ashkenazy, Ian Volkov). A great part of his activities includes chamber music (Brahms Trio Prague, PhilHarmonia Octet, Juventus Quintet, etc.). He has recorded most of the large number of French horn compositions dedicated to him, which he often has commissioned either directly or indirectly. He leads masterclasses (Japan, Canada, Great Britain, Czech Republic), and collaborates regularly with the Japanese educational society And Vision Inc. Tokyo.
As a conductor, he builds on the experience gained during his rich career as a solo, chamber, and orchestra player. Ondřej Vrabec performs with the majority of professional Czech orchestras, including the Czech Philharmonic, where from 2010 he held the unofficial position of conductor’s assistant.
READ MORE 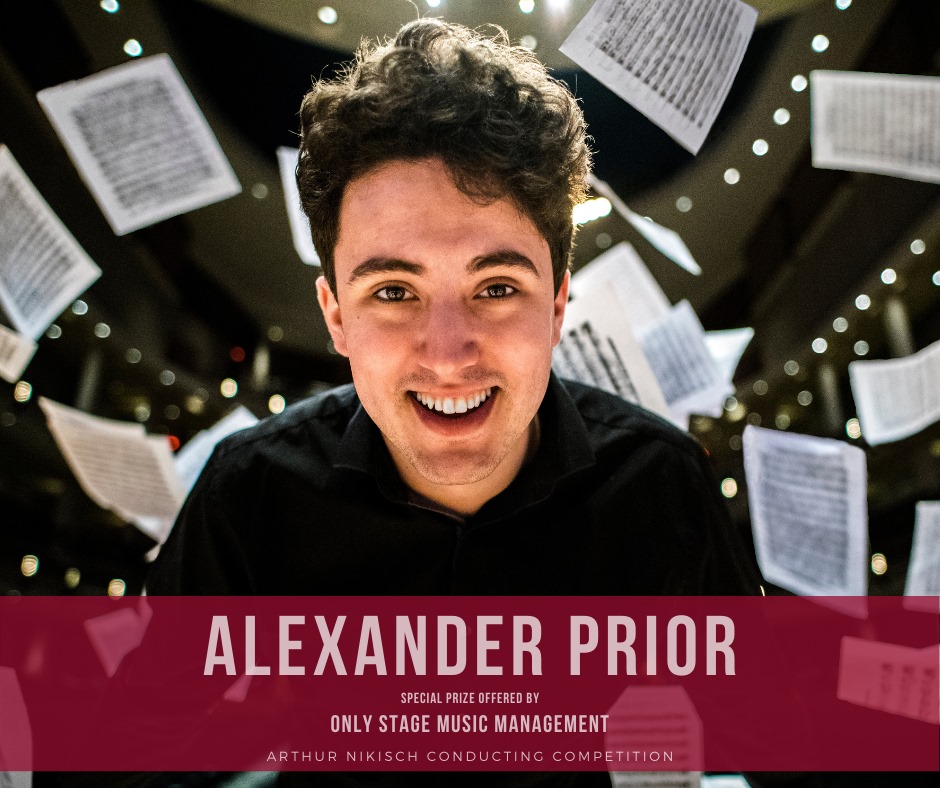 The Special Prize of €1000, offered by Only Stage Music Management, has been assigned to Alexander Prior.
Our decision for this ONLY STAGE MANAGEMENT SPECIAL PRIZE has been addressed to support one of the most talented artists, the British conductor and composer.
At only 27 years of age, Alexander Prior is already in the midst of his fourth season as Chief Conductor of the Edmonton Symphony Orchestra.
Recent engagements have also included the Royal Philharmonic Orchestra, Copenhagen Philharmonic, NDR Sinfonieorchester, Camerata Salzburg, Düsseldorfer Symphoniker, Norwegian Radio Orchestra, Aarhus Symphony Orchestra, Bayerische Staatskapelle, Vienna Chamber Orchestra, Deutsche Kammerphilharmonie Bremen, Orchestra of Mannheim Opera, Seattle Symphony, and New World Symphony.
Alexander Prior's catalogue of compositions is substantial in its share of high-profile commissions. His ballet Mowgli, commissioned by the Moscow State Ballet and first performed at the Kremlin Theatre in 2008, secured international critical acclaim and has now been running for almost ten consecutive years. The Edmonton Symphony recently premiered his latest work, Putl'lt, a large symphonic work inspired by the eponymous Nuxálk word meaning "everything belongs to those generations that are not yet born."
READ MORE 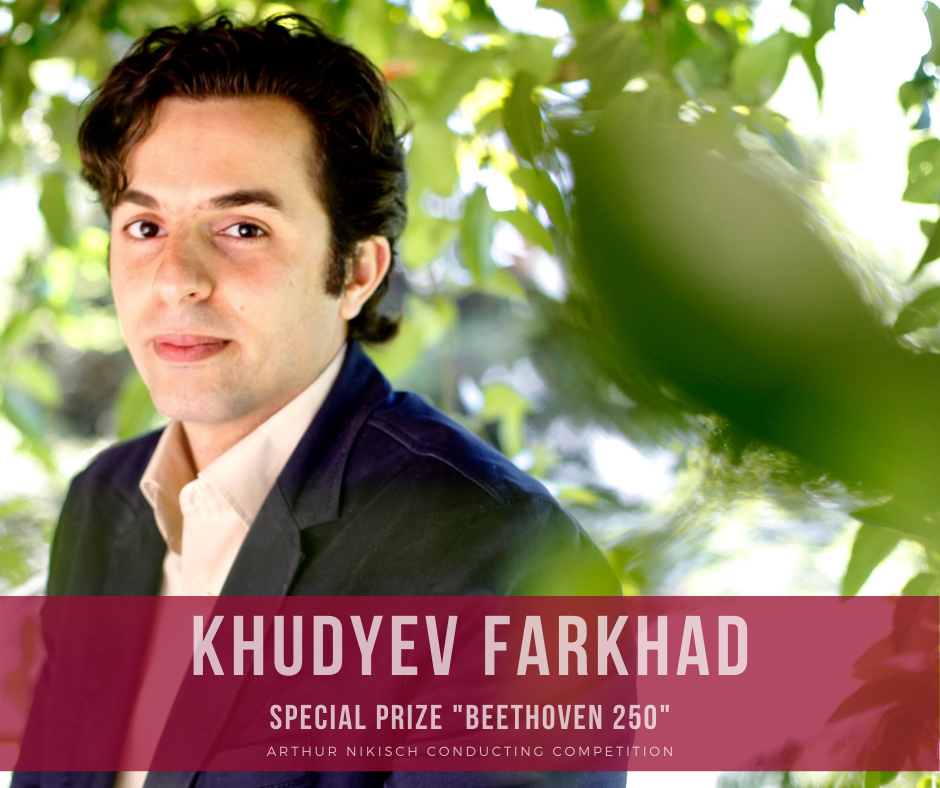 We are glad to announce that the Special Prize "Beethoven 250", consisting of a highly valuable gold medal for the best video including a performance of a piece by Ludwig van Beethoven, has been assigned to Farkhad Khudyev!
Described by the critics as “magician on the podium” and “the man of exceptional charisma” (Performing Arts Monterey Bay), with “the ability to connect with invisible worlds and to bring them alive in the music” (Herald), Farkhad Khudyev, has been recognized by the government of the United States as an Artist of Extraordinary Ability.
Farkhad Khudyev, of Azerbaijani descent, was born in Ashgabat, Turkmenistan, where he first studied violin, piano, and composition at the State Music School for gifted musicians.
In 2001, Farkhad came to the United States to study at Interlochen Arts Academy and then completed his Bachelor of Music degree at the Oberlin Conservatory . He received his Master’s degree in orchestral conducting from Yale University. Farkhad has served as the Music Director of New Jersey Intergenerational Orchestra, New Haven Chamber Orchestra, and Youth Music Monterey County, as well as the Associate Conductor of the Hidden Valley Opera and the Assistant Conductor of the London Philharmonic Orchestra.
READ MORE