You are at:Home»ESCLUDIdaNEWS»DMITRY BERTMAN stage director 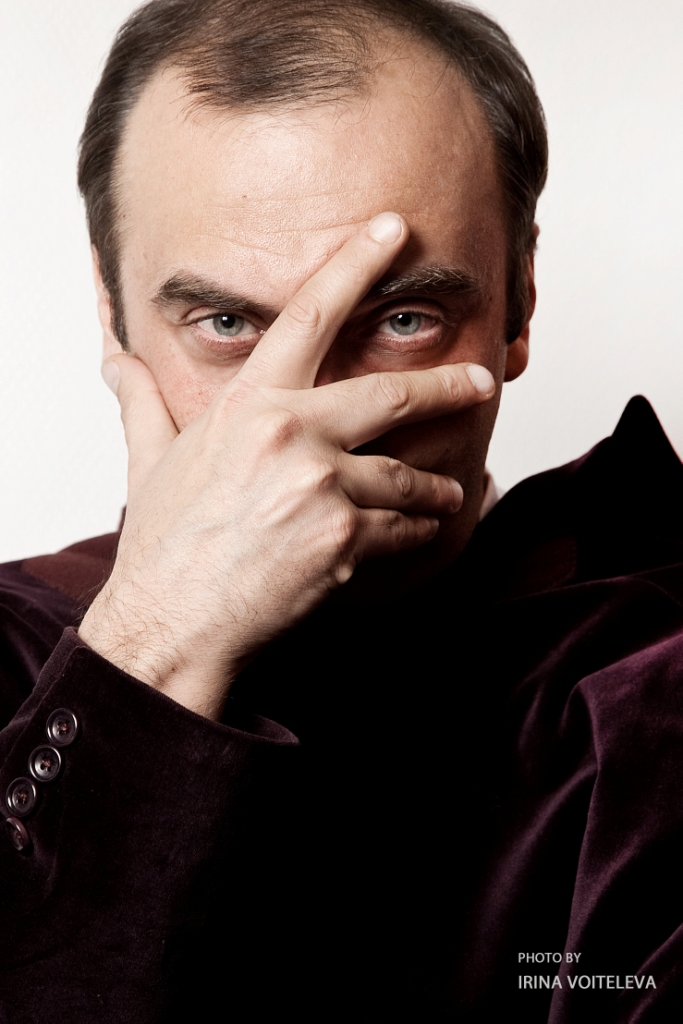 Dmitry Bertman was born in Moscow, graduating from the ‘Russian Academy of Theatre Arts’ with a specialization in ‘Musical Theatre Stage Director’ (training course of Professor G. Ansimov). Bertman is the ‘People’s Artist of the Russian Federation’ (2005), a three-time winner of ‘Zolotaya Maska (Golden Mask)’ National Theatre Award (1998, 1999, 2001), three-time winner of the ‘Union of Theatre Workers’ Award’ ‘Gvozd Sezona’ (2003, 2004, 2005), winner of the ‘Stanislavsky Prize’ (2005), ‘Moscow City Government Prize’ (2007), ‘State Prize of Estonia’ and the ‘Prize of the Estonian Theatre Union’ (2008). He has been awarded the ‘Order of Friendship’, the ‘Order of Academic Palms’ (Officer), the ‘Maltese Cross’, the ‘Sovereign Military Order of Malta’ and the ‘Order of the Cross of Terra Mariana’.

In his student years, Dmitry Bertman put on a series of musical and drama performance plays in the theatres of Russia and Ukraine, and in 1990 he founded a musical theatre Helikon-Opera in Moscow, which was granted the status of a national theatre in 1993, and soon became one of the most famous Russian opera brands. The theatre is constantly on tour throughout Russia and abroad, cooperating with significant opera agencies and taking part in various festivals.

Dmitry Bertman has staged hundreds of performances, including a number of Russian and world premieres. Besides his persistent activities in Helikon-Opera, the theatre director is also consistently involved in work under the world opera projects. Bertman’s productions are on stage at: the Canadian Opera Company in Toronto; the Swedish Royal Dramatic Theatre in Stockholm; the Mariinsky Theatre in Saint-Petersburg; the Et Cetera Theatre in Moscow; the Vishnevskaya Opera Singing Center  in Moscow; the Premiere Theatre in Krasnoda;, the Latvian National Opera in Riga; the Rome Opera House in Italy; the Estonia Theatre in Tallinn; the Music and Convention Center in Strasbourg, France; the Heydar Aliyev Palace in Baku, Azerbaijan; the NorrlandsOperan in Umea, Sweden; Helsinki in Finland; the Istanbulian Opera in Turkey; the Natalya Sats Children’s Musical Theater in Moscow; the Dijon Opera and the Opera de Massy in France; The Malmo Opera House in Sweden; the Deutsche Oper am Rhein, the National Theatre Mannheim in Germany; the Volksoper I  Wien, Austria; the New Zealand Opera in Auckland; and the Vanemuine Theatre in Tartu, Estonia. His productions were included in the festival programs in: Wexford in Ireland; Ludwigsburg in Germany; and Merida and Santander in Spain.

Dmitry Bertman has been a teacher at the Bern Opera Studio in Switzerland since 1994, the Art Director of the workshop since 1996, the Chairperson and Professor of the Musical Theatre Directing and Stagecraft Department of the Russian Academy of Theatre Arts since 2003. He also gives master classes in Russia and abroad. Bertman is the author of many articles and scientific works. He is often invited as a jury member for various international opera contests, and has been a regular jury member for the ‘Belvedere Singing Competition’ (Austria). For many years Bertman has been closely cooperating with Kultura TV-channel, being the director and participant of many TV-programs. On October 23, 2011, by resolution of the 6th (20th) Congress of ‘the Theatre Union of the Russian Federation’, Dmitry Bertman was unanimously elected as Secretary of the Union of Theatre Workers of the Russian Federation. In 2012, he joined the Culture Counsel under the Chairperson of the ‘State Duma of the Federal Assembly of the Russian Federation’.

In October 2014, Dmitry Bertman staged a historic concert at the ‘State Academic Bolshoi Theatre of Russia - Elena Obraztsova Opera Ball’, dedicated to the 75th anniversary of the great singer. The concert featured world opera stars: Anna Netrebko, Maria Guleghina, Jose Cura, Dmitri Hvorostovsky, Yuzif Eivazov, Olga Peretyat'ko and others. Together with the outstanding artists the choir of "Helikon-Opera" took part in the show at the Bolshoi Theatre. In January 2015, the artists of "Helikon-Opera" took part in a joint project of "Helikon-Opera" and Moscow State Philharmonic, "Demon" by A. Rubinstein with the participation of Dmitry Khvorostovsky, Asmik Grigoryan and Alexander Tsymbaluk, as well as the State Orchestra of Russia named after Eugene Svetlanov under Mikhail Tatarnikov. The stage director of the performance was Dmitry Bertman.

The first performance staged by Dmitry Bertman after the return of his Helikon-Opera theatre to Bolshaya Nikitskaya was Sadko by N. A. Rimsky-Korsakov, Eugene Onegin by P. I. Tchaikovsky (re-creation of the legendary Stanislavsky performance of 1922).

In March of 2016, the long-awaited premiere of The Rake's Progress by Igor Stravinsky in Dmitry Bertman's production was performed on stage of the Finnish National Opera in Helsinki. In April 2016, the premiere of The Golden Cockerel opera by Rimsky-Korsakov took place at the Deutsche Oper am Rhein in Germany. In June 2016, Dmitry Bertman staged Lady Macbeth of Mtsensk by D. Shostakovich on stage at the Municipal Theatre of São Paulo in Brazil (co-production of São Paulo and Helikon-Opera theatre).