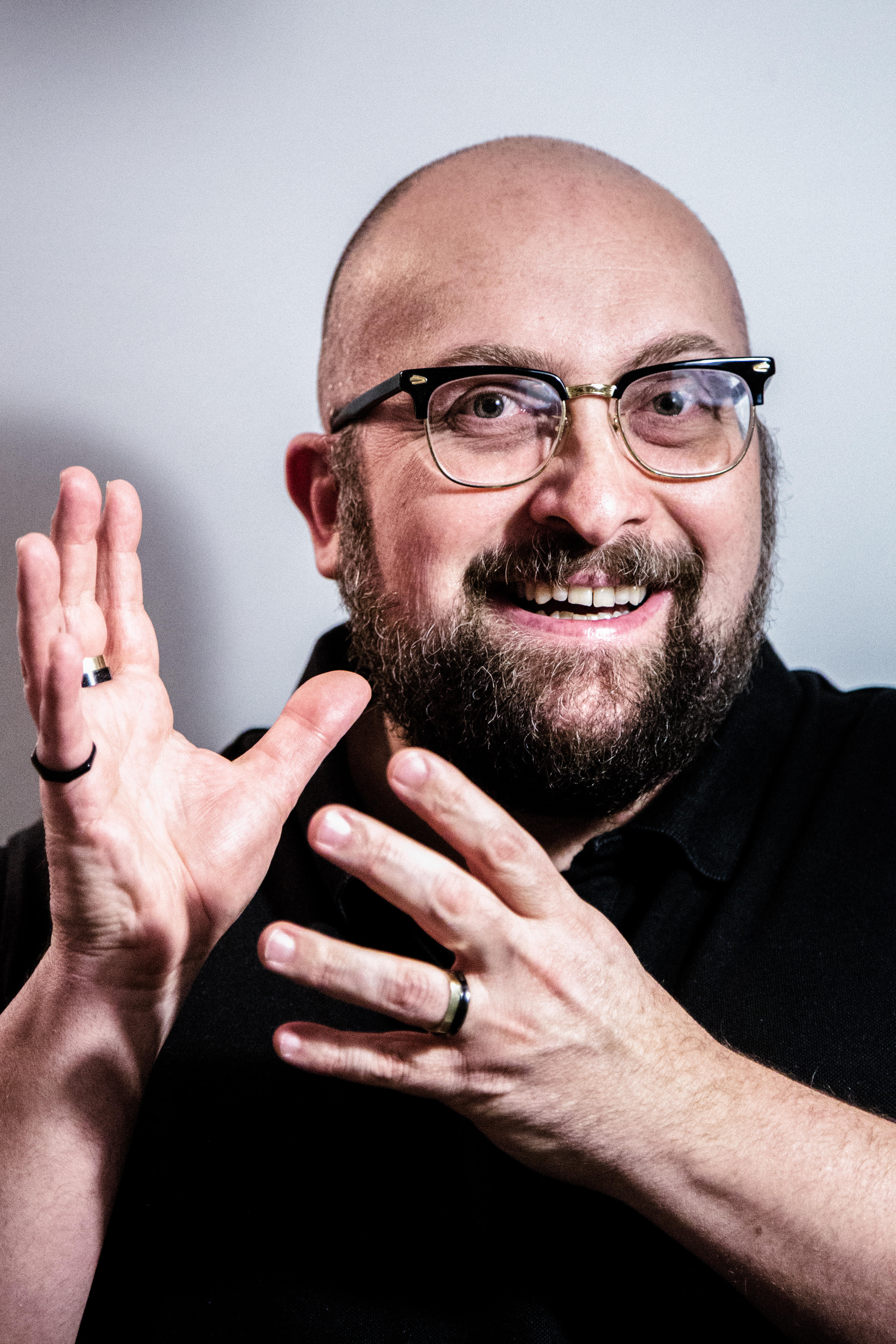 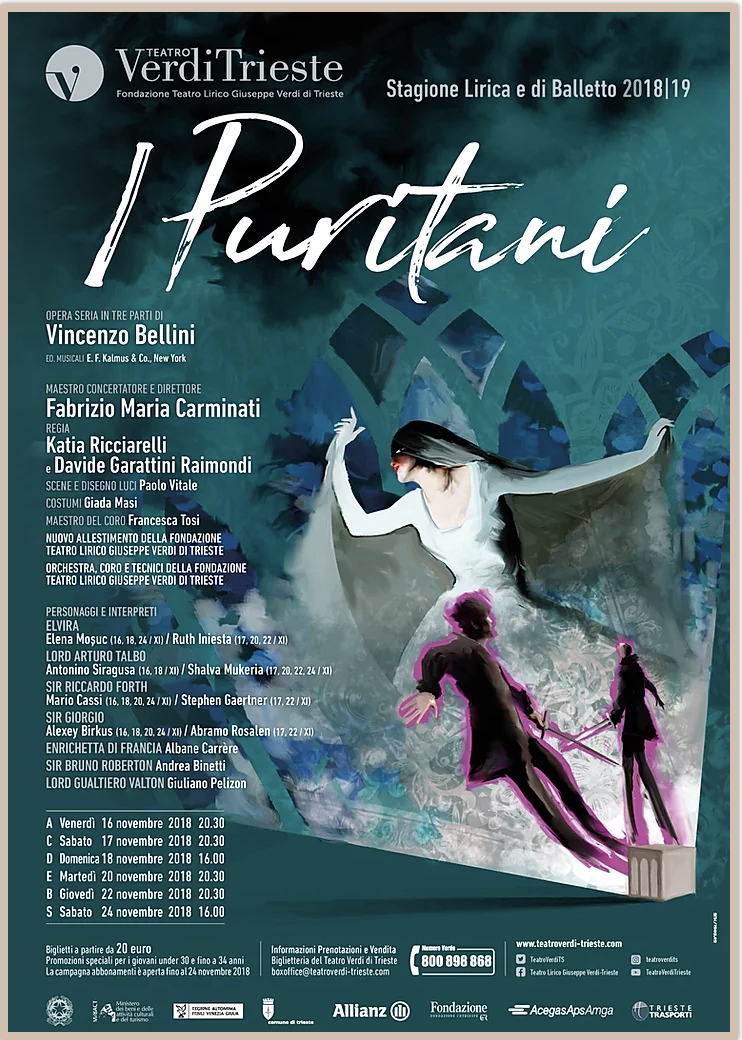 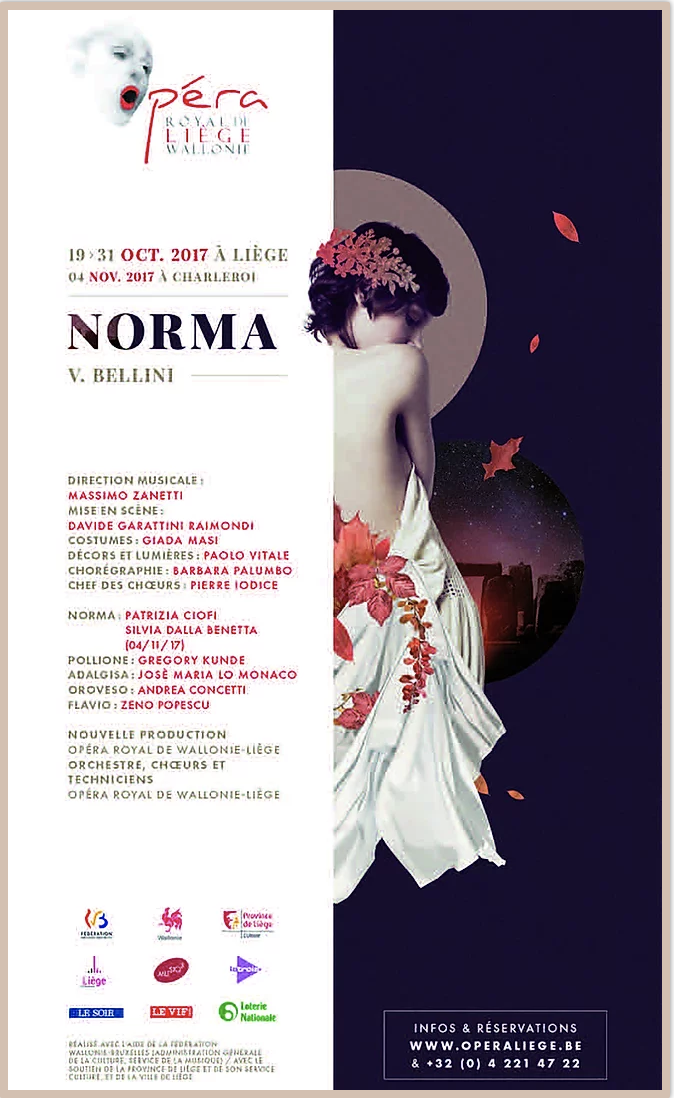 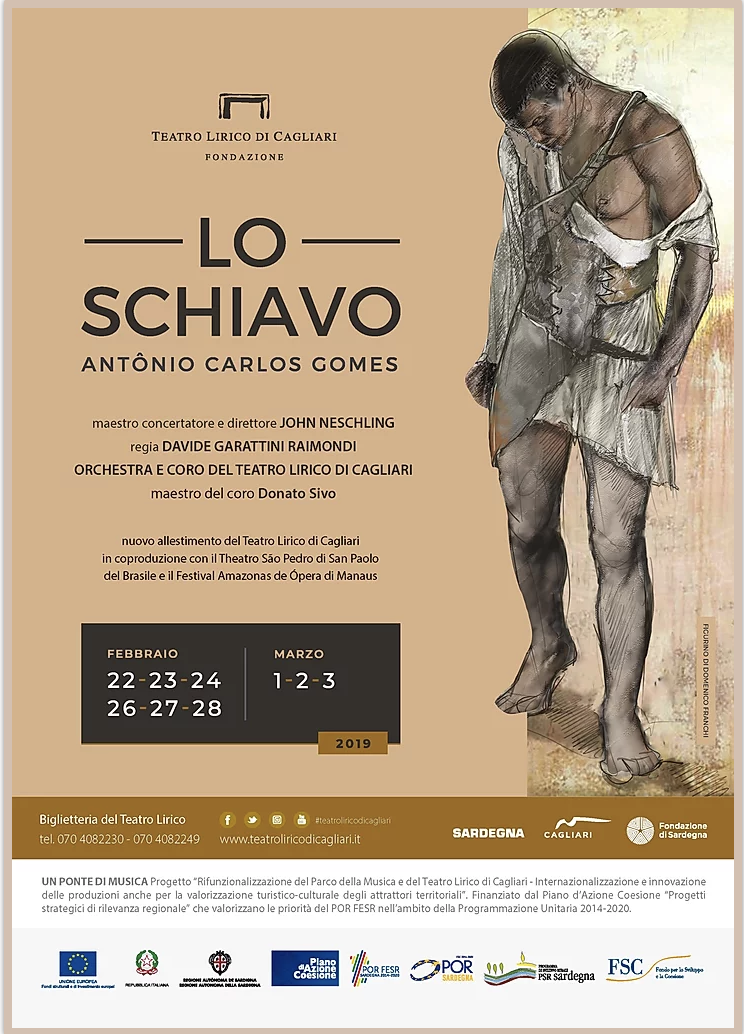 Born in Milan, I have always developed a certain passion... and pleasure... for LIES.

I neatly remember the pleasure given to me by the first lie I told and the startled gaze of the other children who incredulous listened to my stories. That was the fantasy of a four years old child yet the harbinger of a new world. Years passed and LIES and FANTASY have intermingled and grown up together giving birth to CREATIVITY and CURIOSITY.

The world tried to instruct and bridle me but it could nothing to repress my hunger. Around my eighteenth birthday, I attended a performance of Rigoletto at Teatro alla Scala and  passion in me aroused again. In a short time I graduated with honors in Set Design at Brera Academy and started my own way with the most renown protagonists in experimental theater. Academic rules and experimentation, theory and practice made blossom my love for observation of things from uncommon points of view and my way of thinking changed too.

Not satisfied with these experiences I met Sabino Lenoci who introduced me to theater critic through the fascinating worlds of opera and musical, two different theatrical genres but yet so similar.
Ten years passed and I had got the chance to see great and bad productions, to visit the most important theaters all over the world savoring them in a preferential manner, deepen the real essence of theater with its protagonists.
Stimulated by others failures rather than by their success, I decided to get back to the stage as opera director.  Maybe one day I will take on the challenge of new genres, who knows...
Curiosity and creativity will lead me through different experiences but I will never stop telling my “theatrical lies” to the audience because I love too much to see that startled gaze in people's eyes!

After graduating in scenography from the Academy of Fine Arts in Brera (Milan), he dedicated himself to the world of theater as a Set Designer, Assistant Director and specializing in music and opera journalism, in parallel he carries on a decades-long experience for the children's theater and its teaching that still exists today.
In 2011 he returned to his first love: directing. For the "Sarzana Opera Festival" he creates scenes and costumes for "Il barbiere di Siviglia" by G. Rossini. The following year he also signed the direction of "L'elisir d'amore" by G. Donizetti. After the Italian debut, the international one came immediately with "La Cenerentola" by G. Rossini in Brazil in San Paolo, where he curated direction, sets and costumes.

In 2013, in Brescia, for the Teatro Grande for an educational project, he staged "Gianni Schicchi" by G. Puccini - for this work he received the "Filippo Sienbaneck - Abbati Critics Award" award. Starting a long journey of shows for children: three shows. In collaboration with Edizioni Curci "Kattivissimi", "Jezibaba", "Verdi di fear!" (Teatro Regio di Parma debut at the Verdi Festival), "Aria Fritta ... Signor Rossini is served!". At the beginning of 2017, in collaboration with the BECCARIA MINOR PRISON of Milan, he created BEAUTIFUL, RICH and ... BAD! (educational theatrical project with prisoners for primary schools in collaboration with Curci Edition and SIAE) by winning the Abbiati Award 2017 "FILIPPO SIEBANECK" AWARD. A new journey begins with the Municipal Theater of Piacenza with the direction and the libretto of "Goldilocks and the three bears" and the following year with "Little Red Riding Hood".

At the same time, he continues his career as an opera director: in Palermo "L'impresario delle Canarie" by Padre Martini, in 2015 for the Friuli Venezia Giulia Festival "Don Giovanni" by W.A. Mozart, at the Castle of Caldes (Trentino Alto Adige) "Rita" by G. Donizetti. At the Sarzana Opera Festival - Spiros Argiris Award, in August 2015 "Gianni Schicchi" by G. Puccini. At the Opéra Wallonie in Liège, in December 2015, he takes care of the script and direction of Pauline Viardot's "Cendrillon".

In 2016 "Il barbiere di Siviglia" by G. Rossini in Noto, Udine, Trieste and in December in Jerusalem, while for the Donizetti Festival he realizes "Rita" by Donizetti and the work of Paisiello "Don Quixote" for the Martina Festival Franca. In September 2016, he inaugurates the Dubai Opera with Georges Bizet's "Les pêcheurs perles".

In 2017, he returns to Sao Paulo in Brazil with "Gianni Schicchi" by G. Puccini and "Il noce di Benevento" by G. Balducci, in world premiere, while for the Teatro La Felice in Venice he will take care of the direction of the diptych by Luciano Chailly , "L'aumento" and "Barabau" by Vittorio Rieti. In summer 2017 three important AIDA productions by G. Verdi for the July Trapanese Festival, L. Da Ponte's L'Ape Musicale for the Lyric Theater of Cagliari and GIANNI SCHICCHI by G. Puccini for the Valle d'Itria Festival - Martina Franca. In autumn at the Royale de Wallonie Theater in Liège with V. Bellini's "Norma".

In 2018, among the various initiatives he signed royals in Sicily, "L'elisir d'amore" by G. Donizetti in Matera for the Capital of Culture, "Rita" by G. Donizetti in Liguria, for the Teatro la Fenice in Venice "Il regno della luna" by N. Piccini, at the Pergolesi Spontini Festival in Jesi with "Il noce di Benevento", debut in New York with "L'ape musicale" by L. Da Ponte, season opening of the Verdi Theater of Trieste with "I Puritani" by V. Bellini and at the Teatro Coccia in Novara with "Gianni Schicchi" by G. Puccini.

January 2019 opening of the season of the Teatro Lirico of Cagliari with "The slave" by C. Gomes, returns for the third consecutive year to Venice with a new production of "Pimpinone" by T. Albinoni. In May Maria Stuarda by G. Donizetti as national premiere in Brazil for the Amazonas de Opera Festival in Manaus. The year ends with the debut at the Wexford Opera Festival in Ireland with the direction of Cendrillon by P. Viardot and in December with the double season opening at the Verdi Theater in Trieste with the direction Turandot by G. Puccini and Aida by G. Verdi.
2020 opens with S. Guagnini's director and librettist Le Petit Chaperon Rouge at the Royal de Wallonie Theater in Liège. 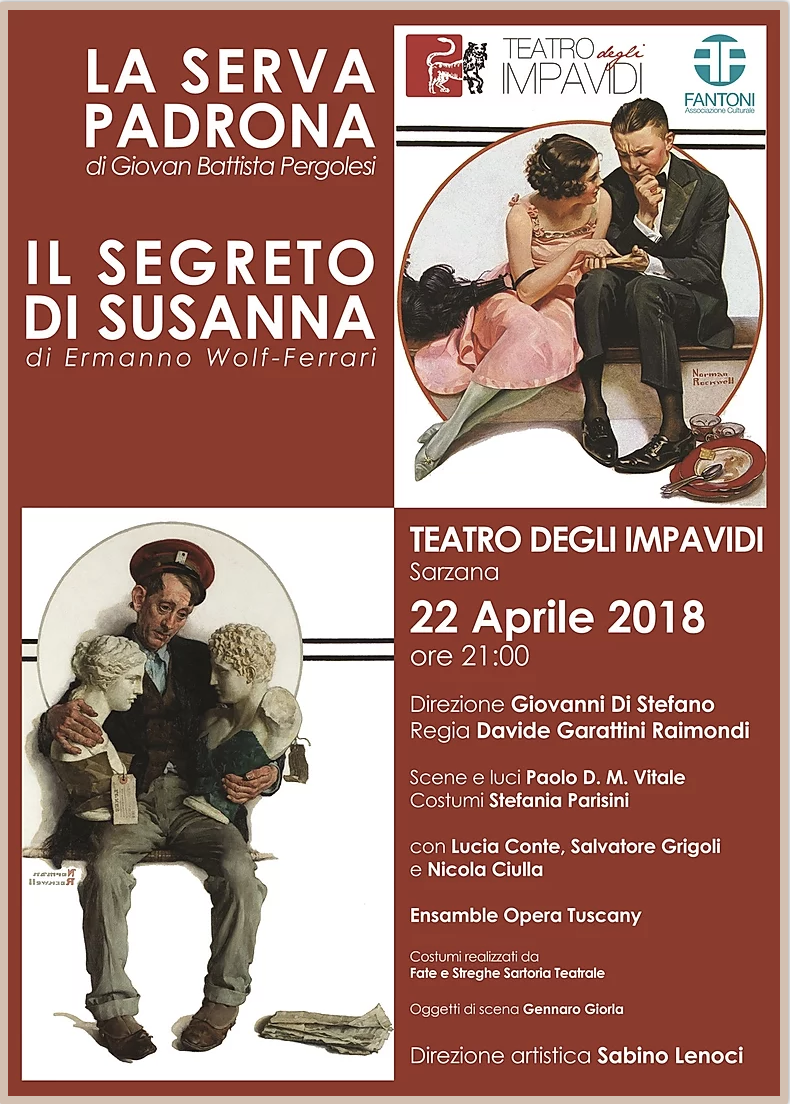 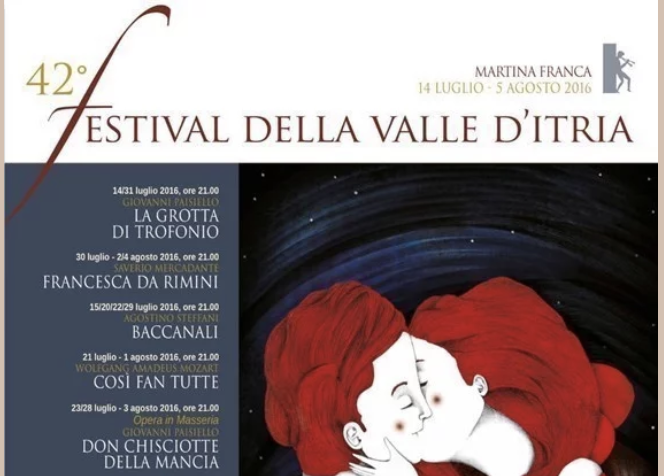 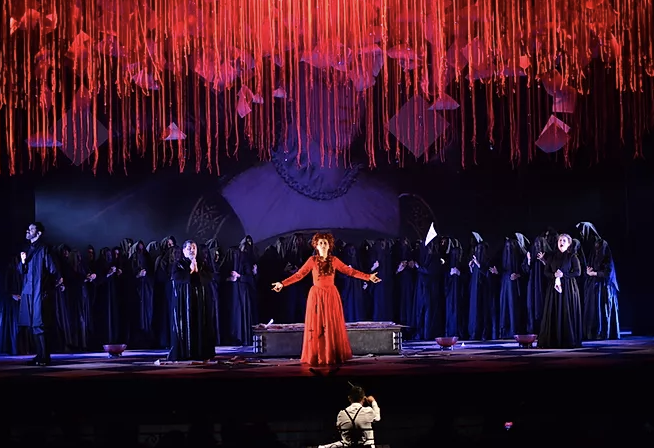 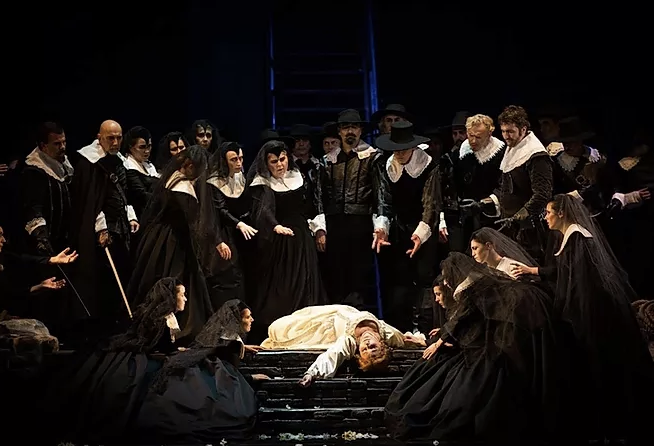 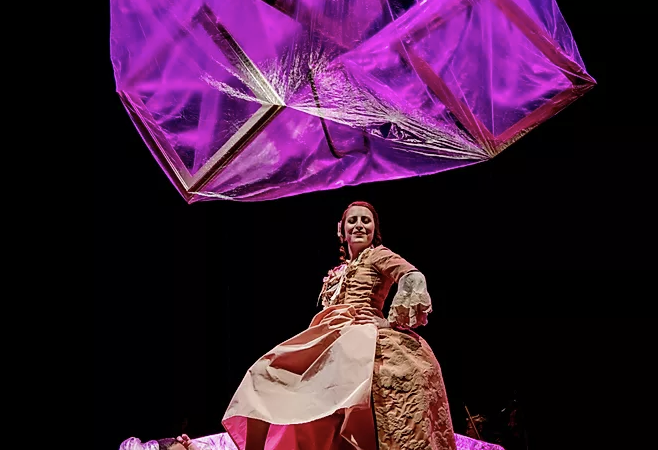 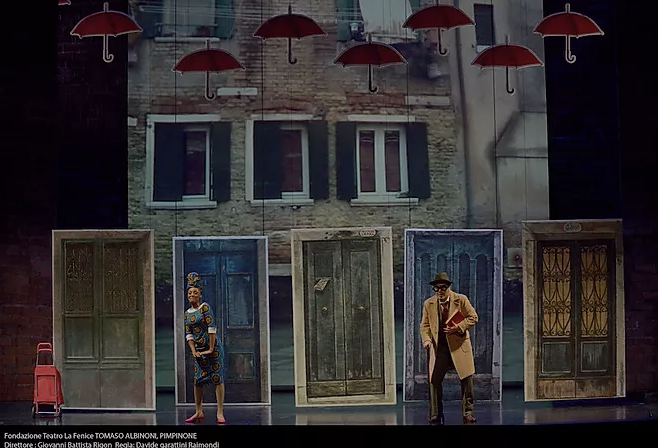 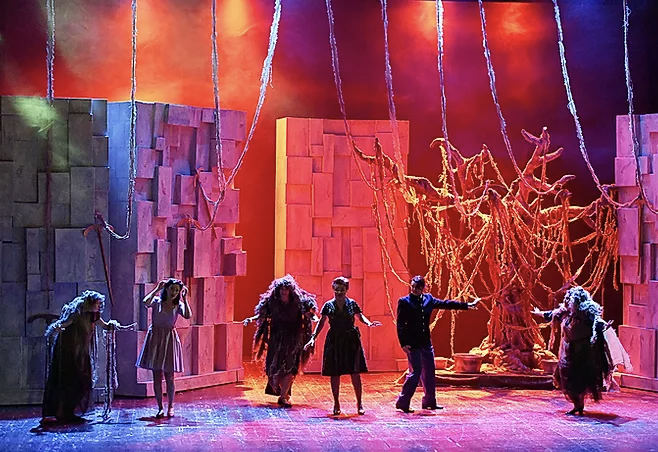 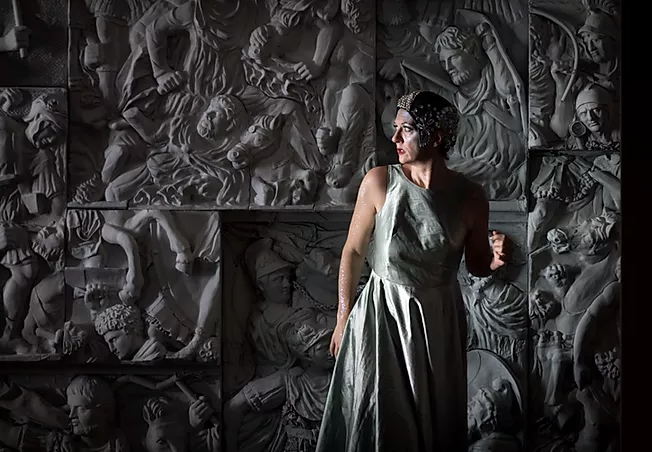 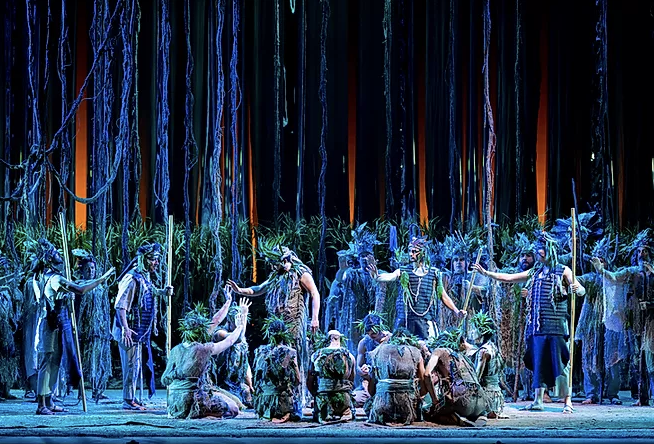 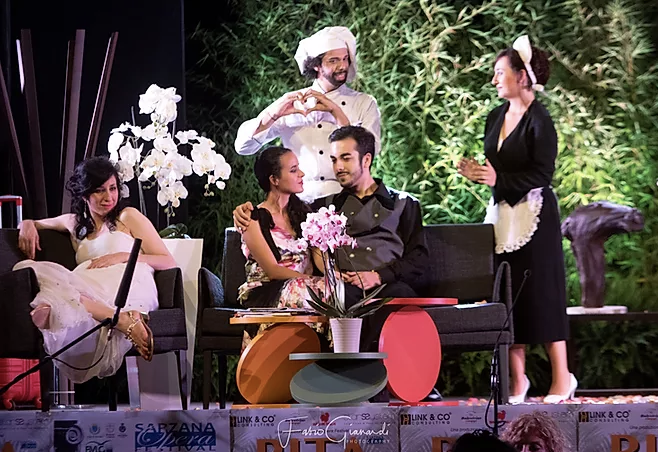 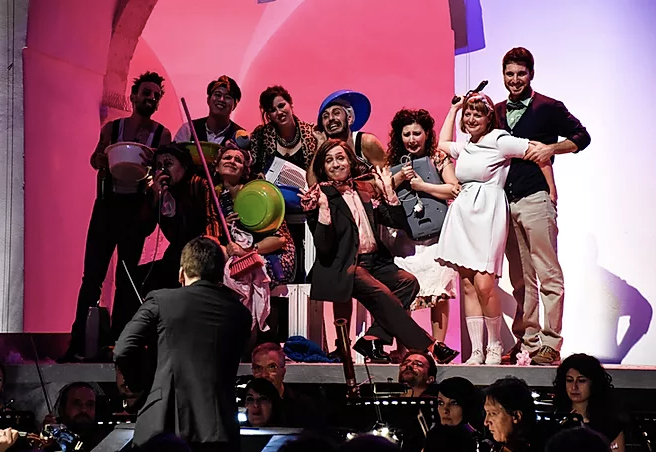 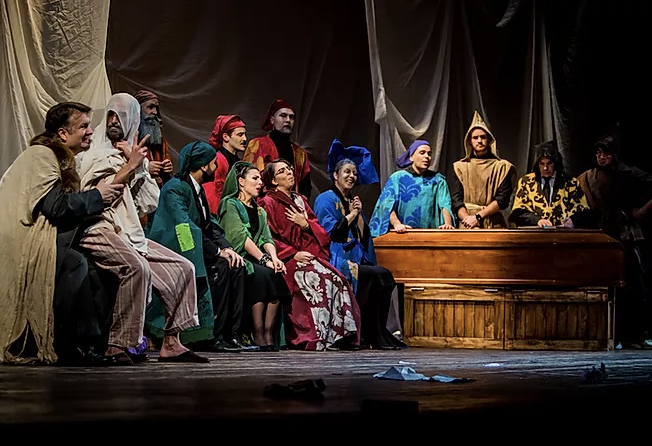 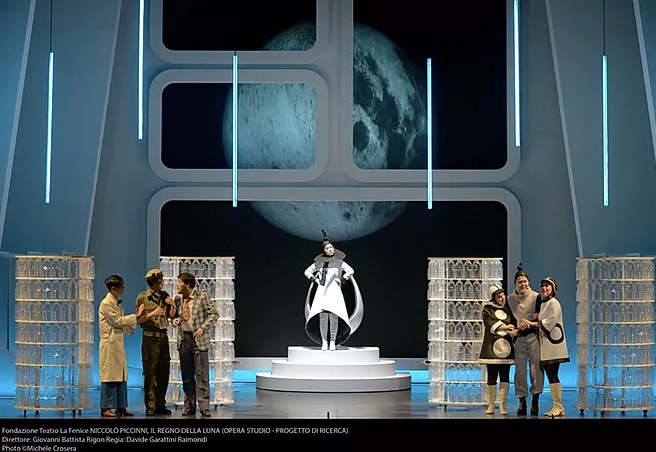 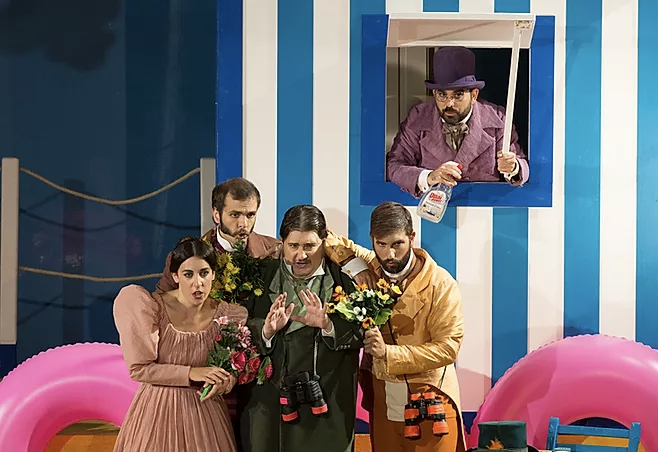 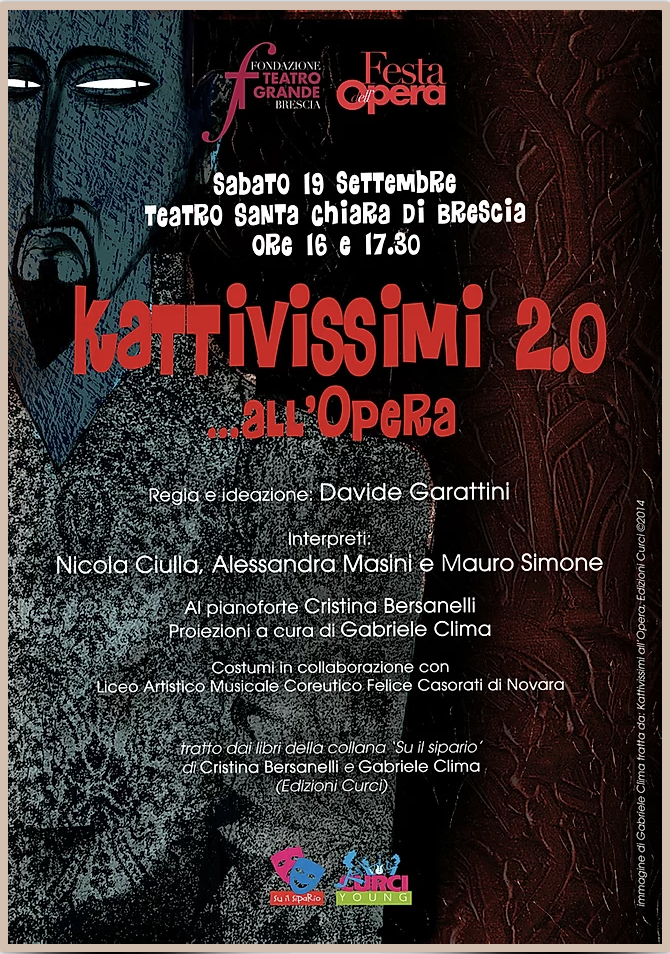 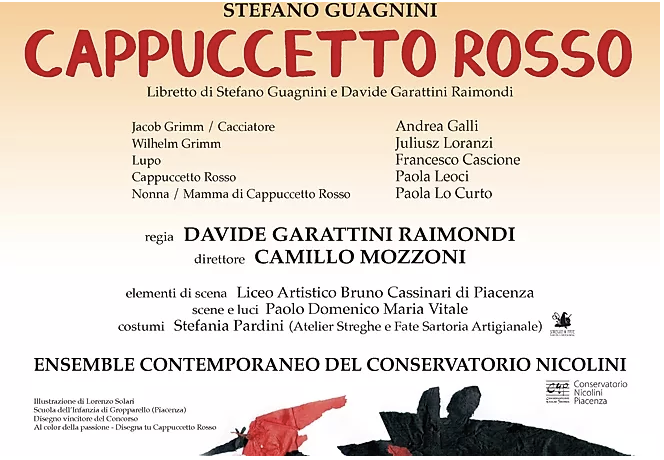 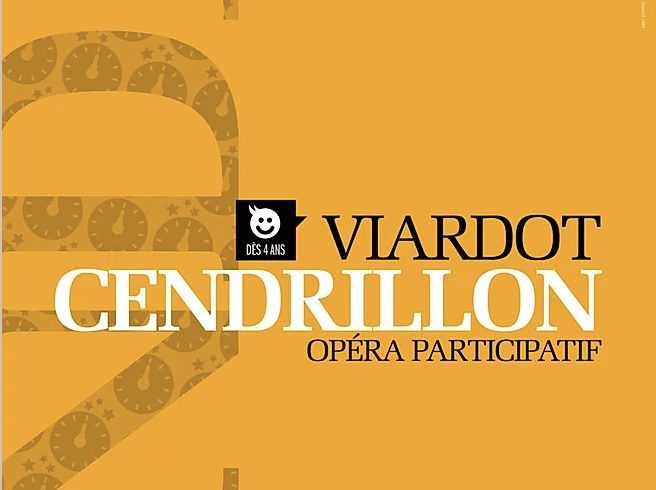 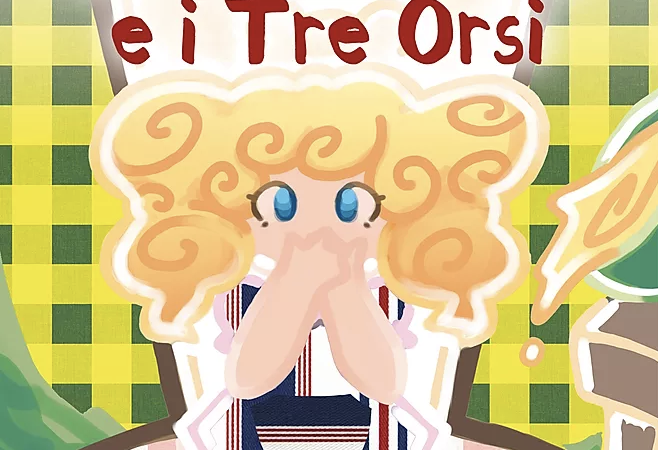 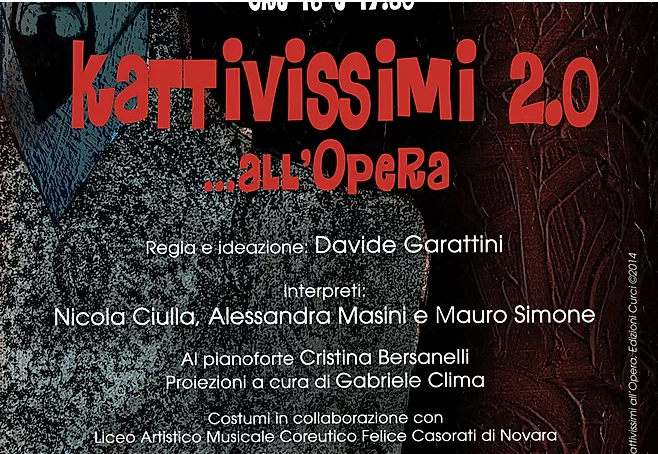 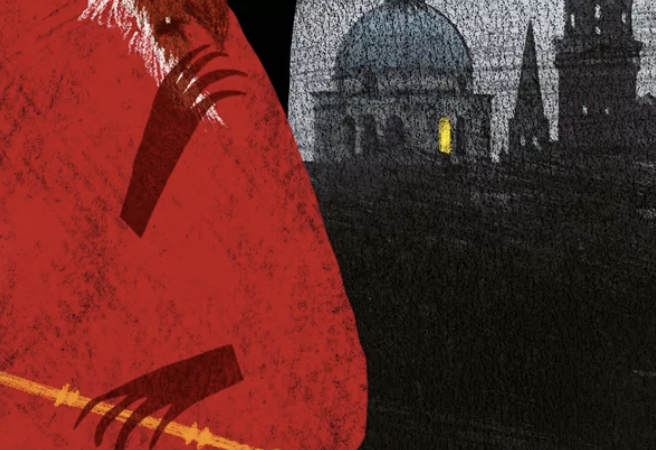 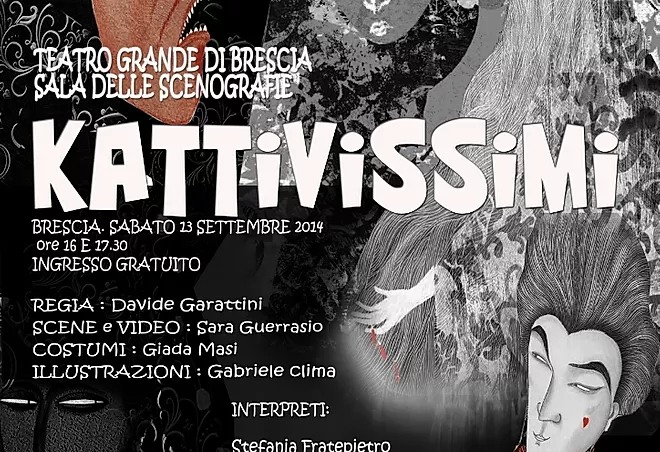 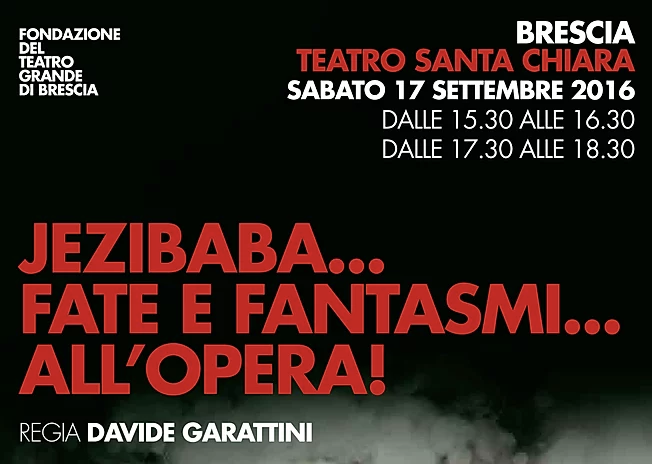 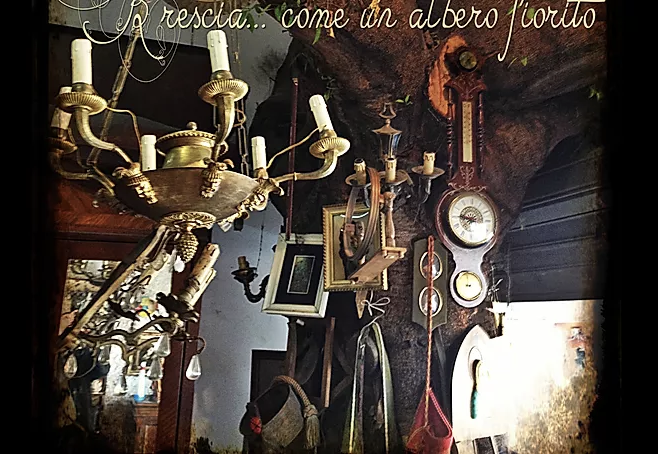