You are at:Home»ESCLUDIdaNEWS»GREEK by Mark-Anthony Turnage

A blazing retelling of the Oedipus story by Mark-Anthony Turnage

After it’s over, after he has killed his dad and done the worst with his mum and put out his own eyes, Eddy – our modern-day Oedipus and protagonist of Mark-Anthony Turnage’s “Greek” – offers a moral of sorts. “Bollocks to that,” he says with a grin, blood smeared across his face. Reason drums home the horror of his actions, but in his gut, he wants to do it all again. He wonders if ignorance acquits him of responsibility. Take your pick of contemporary overtones.

This was the opera that gave Turnage his breakthrough, with its screaming trumpets and cockney slang lifted from Steven Berkoff’s tough state-of-the-nation play. The UK premiere was at the 1988 Edinburgh International festival; three decades later, Turnage again took a bow alongside Berkoff – and the piece still feels clever and full of a bleak humour and social malaise that hit a very raw nerve. Besides a couple of Thatcher references, the drama updates with depressing ease.

The appeal for opera companies is obvious. Greek has become a safe way to tick the risqué box: swear words, jazz riffs, working-class issues – tick, tick, tick. It is still uncomfortable to witness an opera audience laughing at stereotyped chavs. But is it really so funny to hear a swear word, a strong accent, a song about domestic abuse? The sniggers proved we have not moved on much in 30 years.

What is excellent about this new Opera Ventures / Scottish Opera co-production, directed by Joe Hill-Gibbins, is that it mostly sidesteps the obvious, keeping staging minimal and forefronting the visceral and tender power of the text and music. We get a few tabloid headlines shouting about Brexit, Theresa May and Boris Johnson, and some fun live-video effects (very live in the case of squirming maggots). Conductor Stuart Stratford doesn’t bring much swagger to the score – every tepid tempo change left me wanting something bolder – but the orchestra sound game.

Mostly its success is due to the terrific cast. Susan Bullock, Allison Cook and Andrew Shore play mum, dad, wife and more as a sassy and lovable trio. Alex Otterburn is magnetic as Eddy. The first thing he does is eyeball us in intense silence; this is a performer with serious stage presence and a voice to match. Anyone who saw Marcus Farnsworth in the role will forever have that potency etched into their retinas, but Otterburn makes it his own, cocksure, vulnerable and believable. 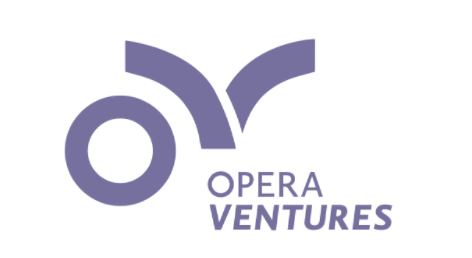