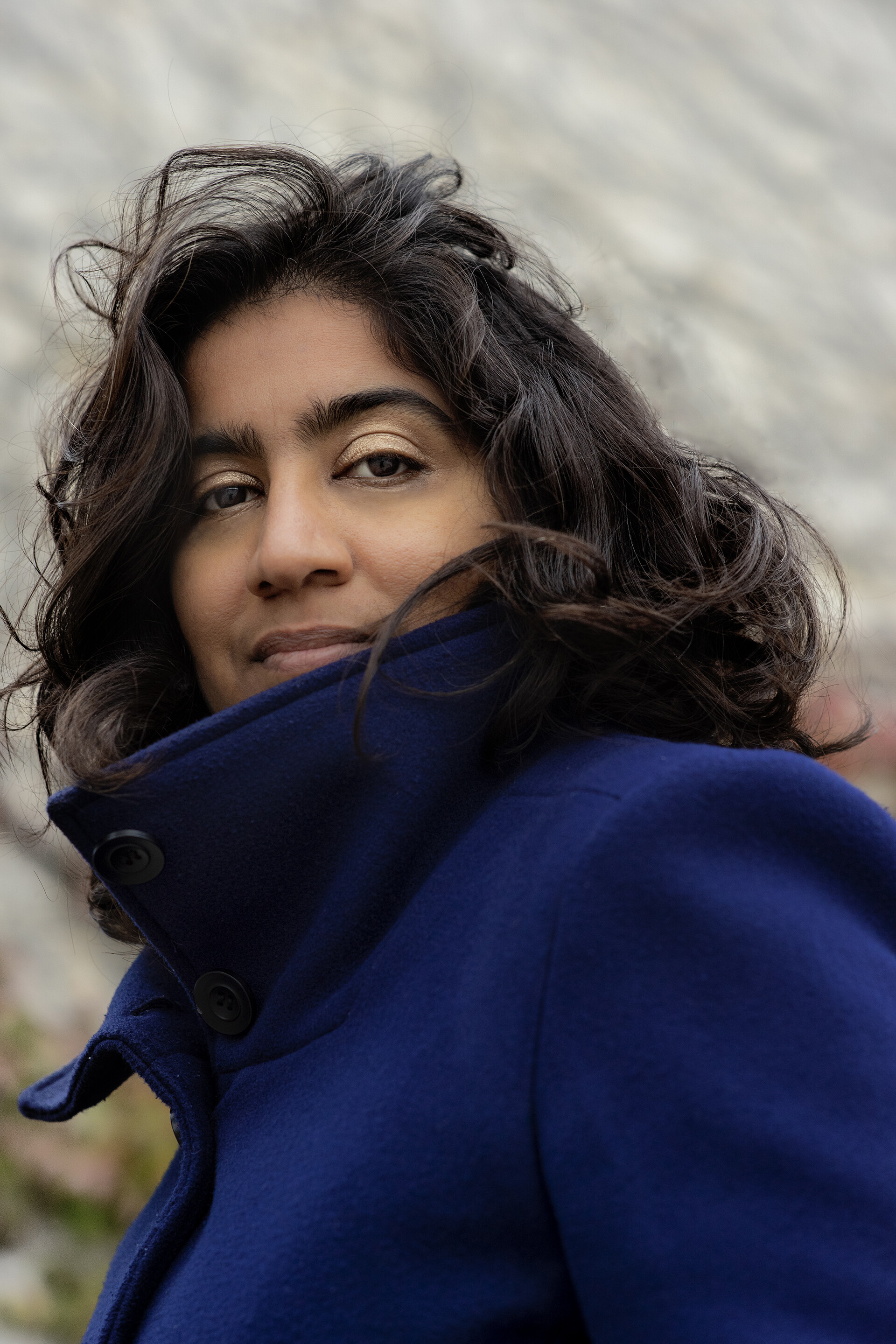 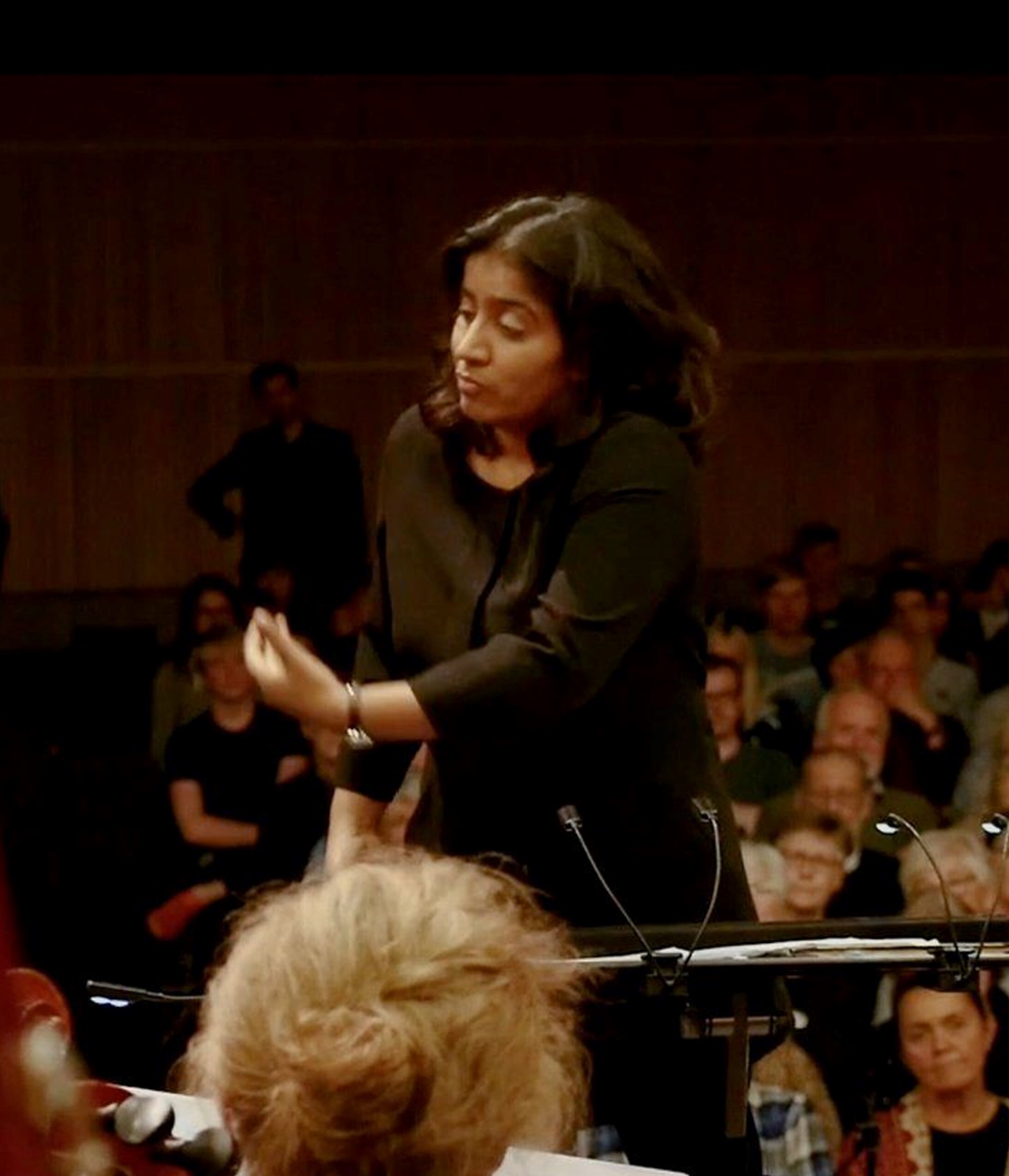 Innovation, passion, and versatility are the hallmarks of India born Danish conductor Maria Badstue, praised as “one of the best young Danish conductors of today,” (Berlingske Media). The recipient of a prestigious 2019-2021 Taki Alsop Conducting Fellowship (TACF), she is mentored by TACF Founder / international conductor Marin Alsop. An accessible collaborator and innate communicator, Ms. Badstue is a popular conductor in the Nordic countries, particularly Sweden, Denmark, and Norway, and she continues to expand her relationships with orchestras nationally and abroad.

Ørestad Klassiske MusikFestival in Copenhagen (of which she is co-founder) focusing on youth and the environment. She also hosts a presentation and Q & A at CINEMATEKET of the documentary The Long Way to the Podium featuring soprano Barbara Hannigan, and her mentor Marin Alsop. In March 2022, 20 years after her professional conducting debut with the Randers Chamber Players, she returns to the ensemble to mark the milestone and to celebrate her 40th birthday in concerts featuring the premiere of Line Tjørnhøj’s Tone Poem and actor Thure Lindhart in Sibelius’s Pelleas et Melisande. Future engagements include guesting with the Symphony Orchestra of India.

A strong supporter of modern opera, Maria Badstue made her 2012 opera debut premiering Lars Klit’s Angelo – La Opera in Copenhagen. In summer 2021, she led two performances of Mozart’s Cosi fan Tutte at Copenhagen’s Koncertkirken with musicians from the Royal Danish Opera and Nontardar, and three mini operas based on HC Andersen fairy tales at the Copenhagen Opera Festival at Den Røde Plads / BLOX Copenhagen. Additional opera highlights include the Copenhagen premiere production of John Frandsen’s A Doll’s House with Athelas Sinfonietta, and her acclaimed 2018 Swedish opera debut with a 14-performance run of Massenet’s Don Quixote and a gala performance with FolkOperan in Stockholm.

Her initiativies, INDK Symphonic Collaboration (founded 2018), hosted by The National Centre for the Performing Arts in Mumbai, India, aims to strengthen relations between the two countries, and Nordic Masterclass for Conductors (founded 2012), a collaboration with Professor Jorma Panula and the South Denmark Philharmonic, considered one of the most important conducting masterclasses in Europe today, promotes classical music as both an art form and as an important part of society.

Ms. Badstue’s honors and awards include prizewinner in the 5th Lovro von Matatic Competition, recipient of the Sonning Talent Prize, an Augustinus Foundation Jubilee Grant, and a Hämeenlinna City Orchestra Conductors Stipend. She has twice been awarded the Danish Conductors Association’s Arne Hammelboe Scholarship Grant. She also has the distinction of being only the second alumna to be named an honorary student at Thisted Gymnasium (her former high school). A trained trumpetist, she studied with Jorma Panula, Jukka-Pekka Saraste and Ole Kristian Ruud. Her mentors include Jorma Panula and Marin Alsop.