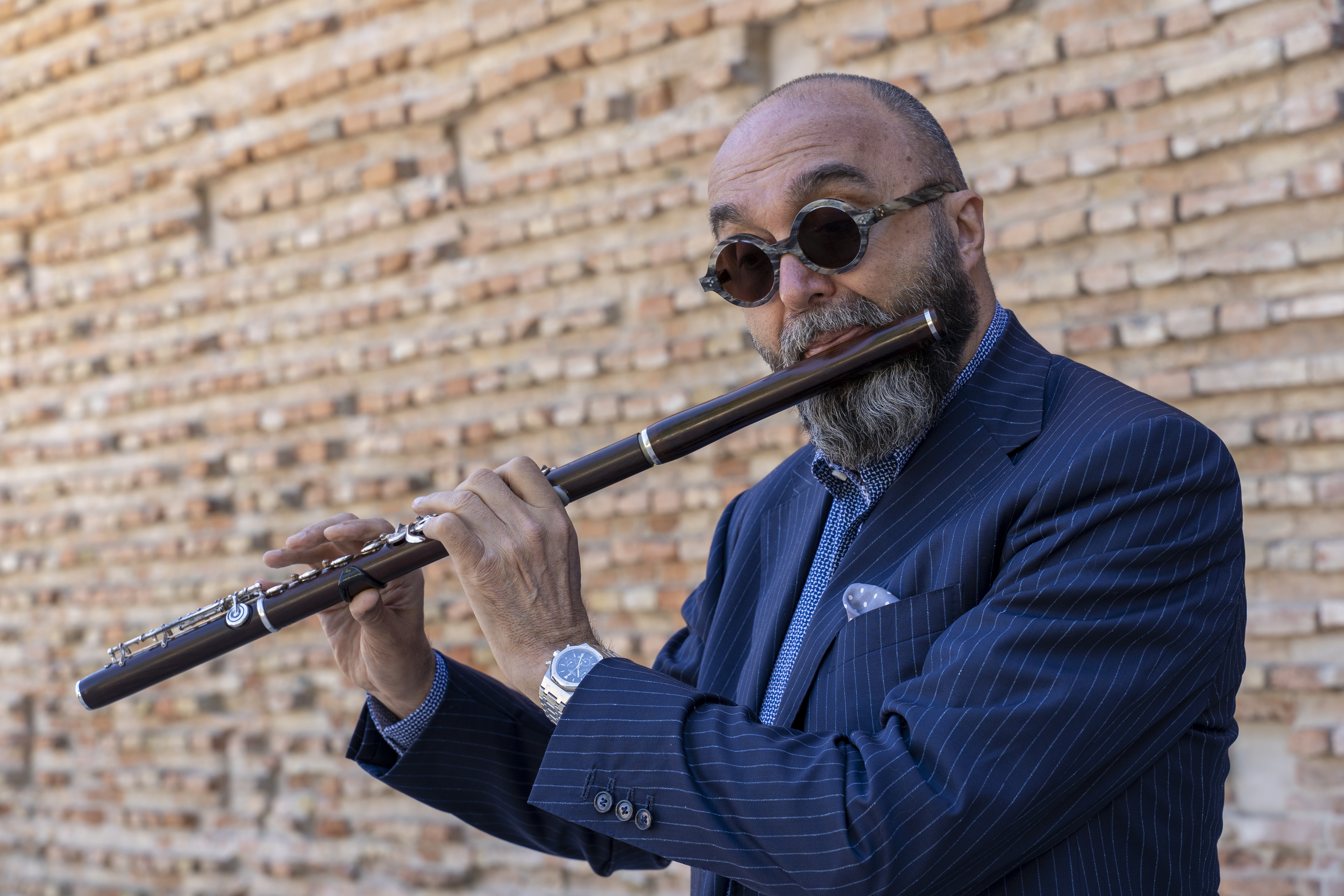 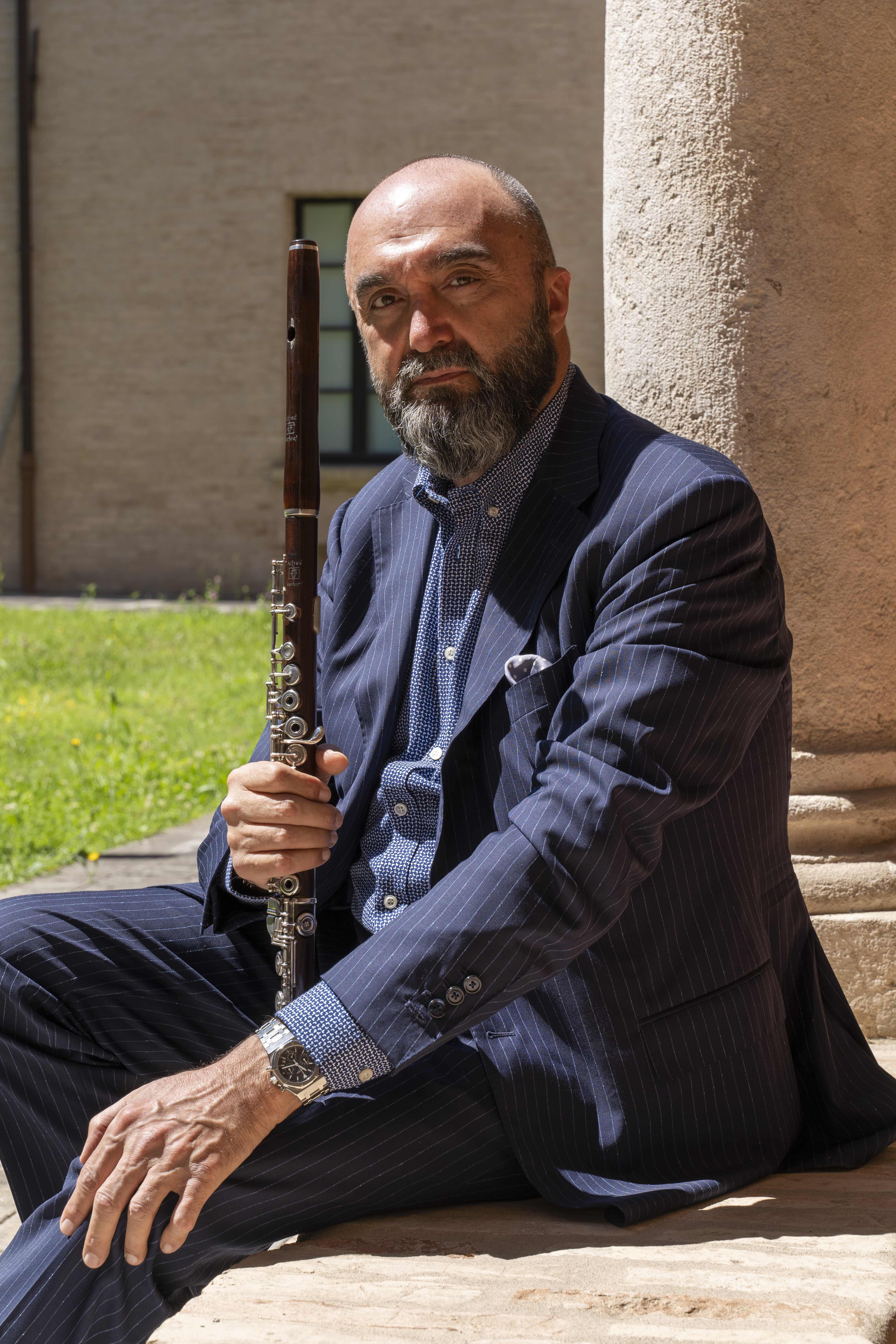 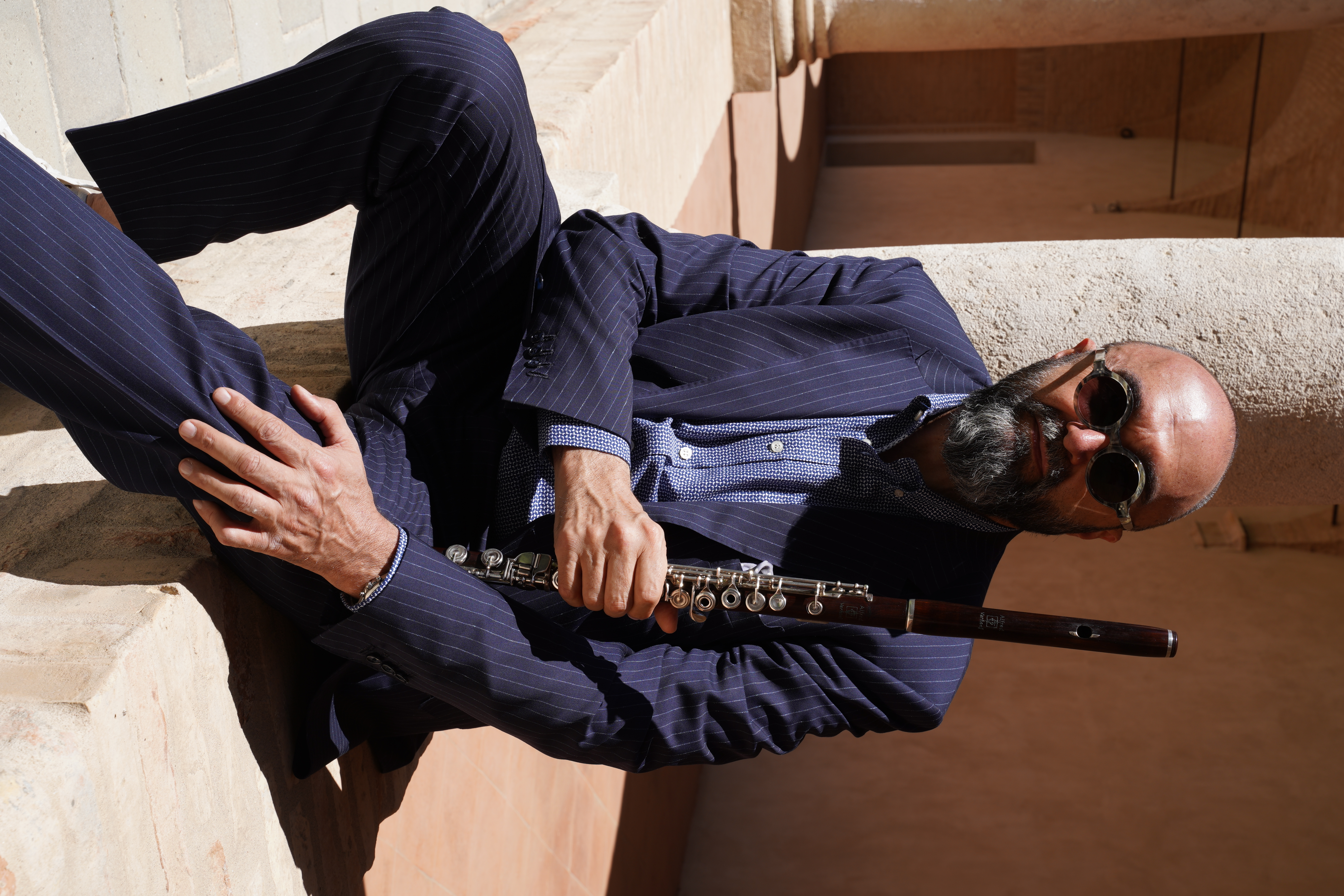 Massimo Mercelli has been working during his career with the most interesting composers of our time.  Star composers like Penderecki, Gubaidulina, Glass, Nyman, Bacalov, Morricone, Galliano, Sollima have written new works specially for him and his instrument and/or performed with him on stage, as for the case of Penderecki with whom Massimo has shared a common artistic path for more than 20 years. He is perhaps the only italian instrumentalist who has developed an unique and special relationship with many international musicians, institutions and countries (like China where he officially works to continue to develop their music relationship with  Italy), all this mainly thanks to his original and courageous vision of what music should represent today in our society.

Massimo is the founder and artistic director  of  the Emilia Romagna Festival. Since 2001 he has been a member of the board of counseling of the European Festivals Association (EFA) and on April 2011 he was appointed their Vice President until May 2017.

Among many  concerts highlights we have to quote here that Massimo has performed with Yuri Bashmet and Gidon Kremer at the Berliner Philharmonie with the Berliner Philharmoniker,  that in September 2006 he performed at the Dag Hammarskjold Library Auditorium of the United Nations and had toured Europe twice with “I Virtuosi Italiani” under Krzysztof Penderecki's batoon, playing with him, his Sinfonietta for flute and strings.  Recently Massimo has performed in London at the Wigmore Hall and in Salzburg at the Mozarteum and played the world premiere of  Philip Glass’s composition “Façades” for flute and piano, with the composer at the piano.
Massimo has  also world premiered the new Cantata “Vuoto d’Anima Piena” by Ennio Morricone, under the baton of the composer himself, has been guest artist at the Penderecki 75 years anniversary Festival at the Warsaw Philharmonic, at the Penderecki 85 anniversary  concert tribute and has world premièred the concert for flute and orchestra by Michael Nyman, written and dedicated to him by the composer. Not to forget to mention here, also the various performances also at Teatro alla Scala di Milano, of  the piece "Warum" a concert for flute and orchestra  written for him by Sofia Gubaidulina. Among his new commitments, we should also  point out the world premiere of “Jade Concerto”written for him by Richard Galliano  and the new concerto by David Chapela.

In 2012 Orange Mountain Record has released “Massimo Mercelli performed Philip Glass” CD  with Philip Glass’s chamber music for flute.
In the last 5 years, Decca has released two cds with Massimo,  Bach's Sonatas  and another called Bach  Sanssouci, both of them with  the great pianist and Bach specialist, Ramin Bahrami

For his work as Music Promoter, Massimo has been  awarded  by the European Commissioner for Culture JAN FIGEL and by the French Deputy Minister for Culture (Prague University and Paris, Centre Pompidou). 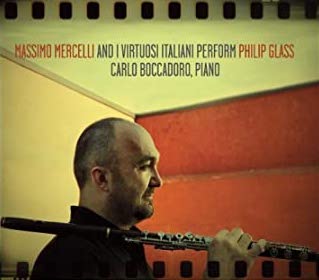 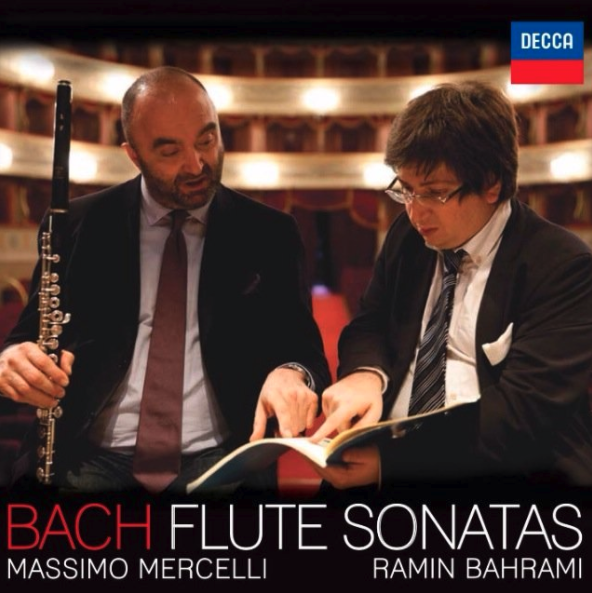 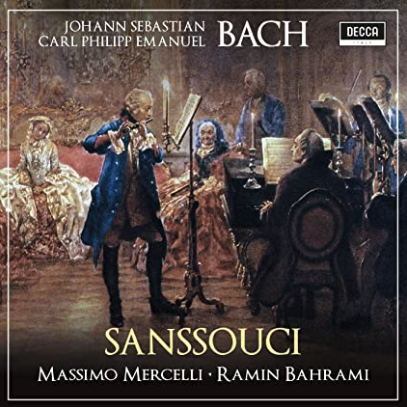