You are at:Home»ESCLUDIdaNEWS»PAOLO OLMI conductor 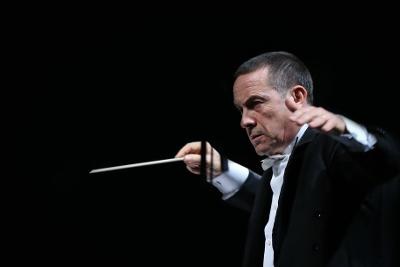 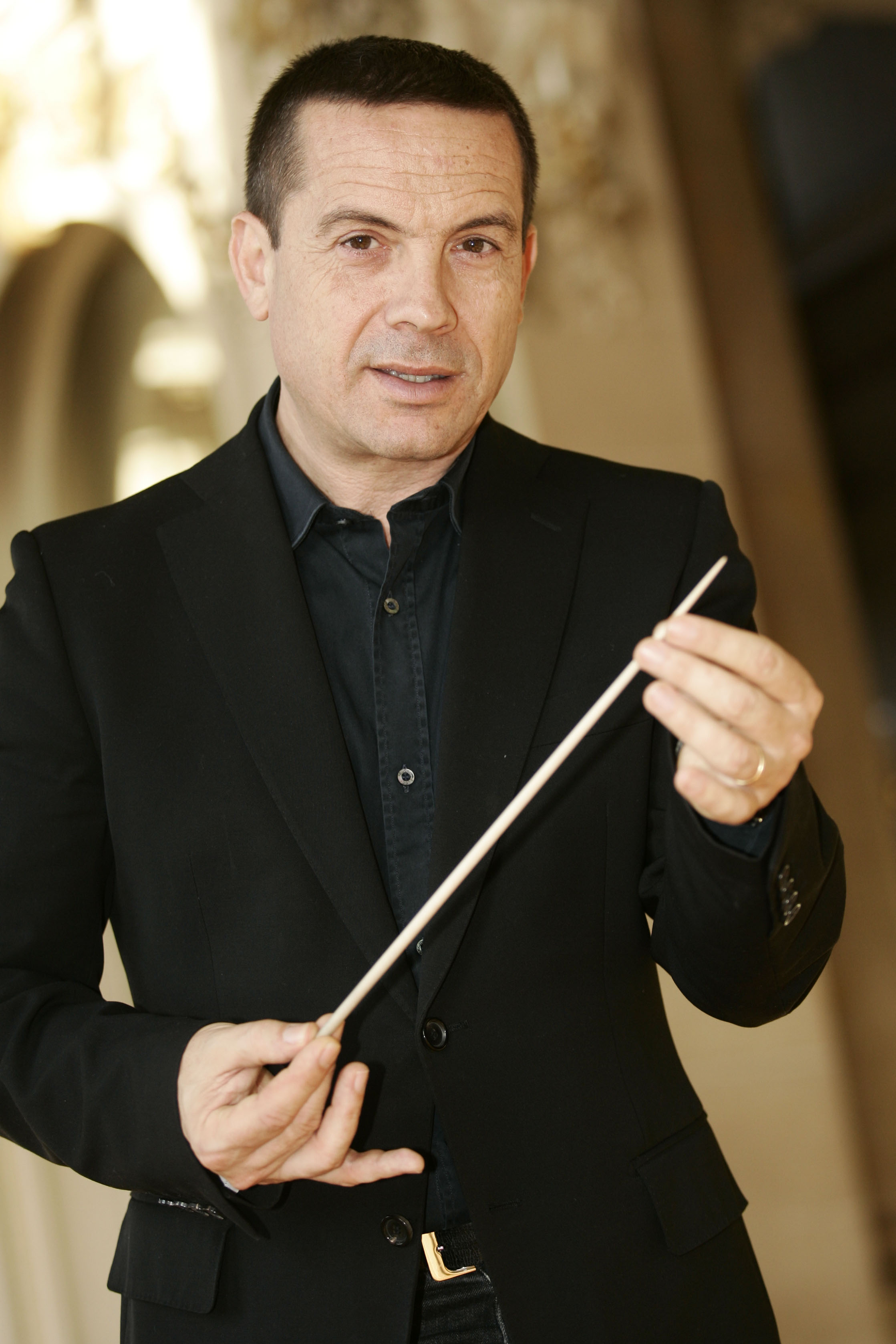 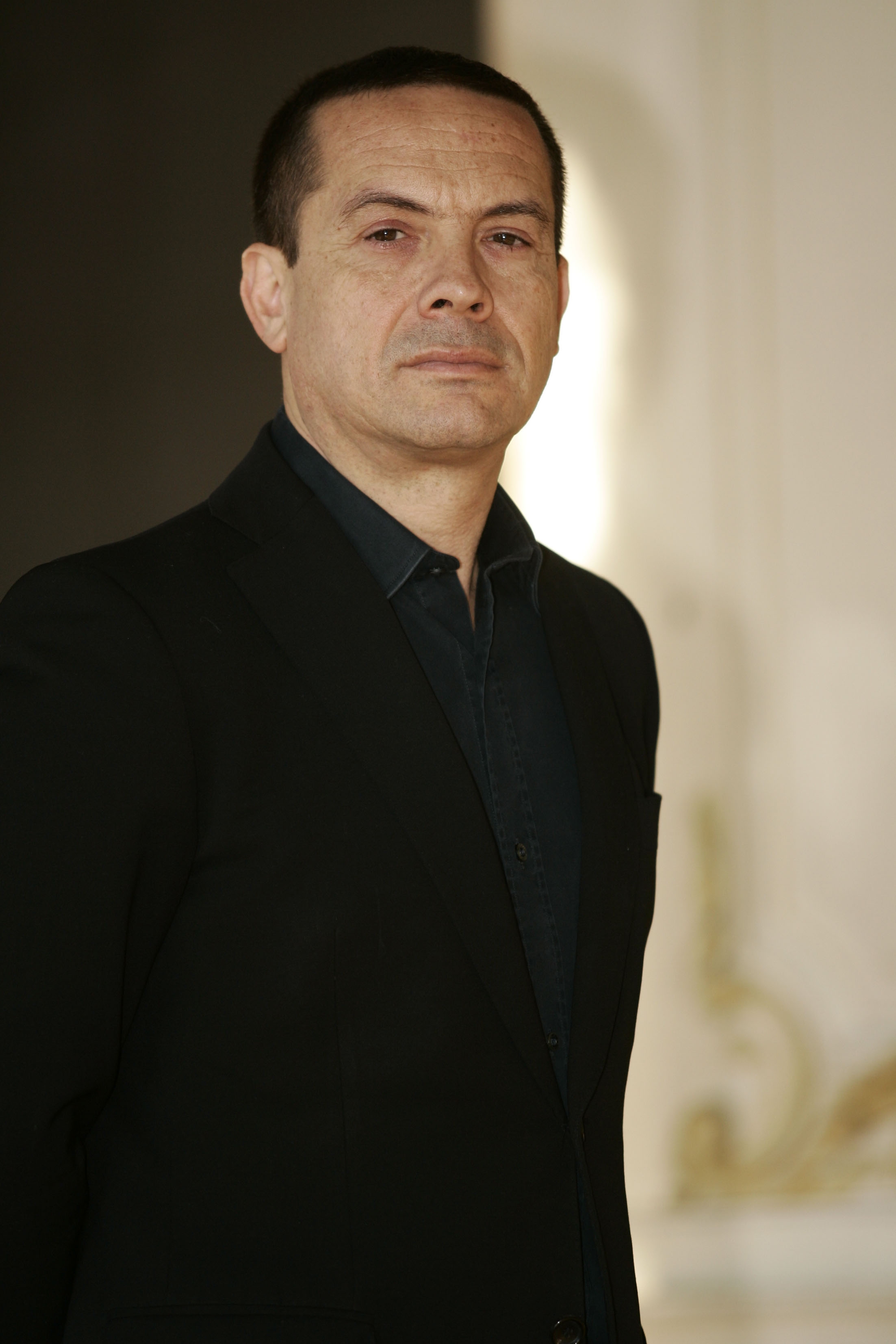 Paolo Olmi studied under Massimo Pradella and Franco Ferrara in Rome and began his conducting career in 1979 having studied the piano from an early age.  Since making his operatic debut in 1986 at the Teatro Comunale Bologna he has conducted in many of the major concert halls and opera throughout the world including Europe, North and South America, Australia and Asia.

Successful productions have included Moses in Egypt at the Teatro dell’Opera di Roma and Paolo Olmi was subsequently invited by Wolfgang Sawallisch to conduct this opera at the Bayerischer Staatsoper in Munich.  He was later awarded, with stage director Pier Luigi Pizzi, the French music critics’ prize for the “Best Opera of the Year” for the outstanding production of William Tell at the Theatre de Champs Elysees, Paris.  Other operatic highlights have included the Barber of Seville, The Thieving Magpie, Nabucco and Turandot at Barcelona Opera, a concert performance of Nabucco at the Royal Festival Hall, London and Manon Lescaut at Teatro Colon di Buenos Aires.

In Italy Paolo Olmi has also conducted a highly successful production of Rossini’s Le Siege de Corinthe at the Teatro Carlo Felice di Genova and also conducted the Royal Philharmonic Orchestra and London Symphony Chorus in a performance of Rossini’s Stabat Mater at the Arena di Verona.  In London, he has appeared at the Royal Festival Hall with the Royal Philharmonic Orchestra, conducting Verdi’s Requiem and at the Royal Opera House, Covent Garden, where he made his debut conducting Rossini’s Moses in Egypt. At Opera di Lyon he made his debut with Mozart The Marriage of Figaro and at the Strasbourg Opera he has appeared on numerous occasions conducting Tosca, Don Carlos and Ernani and a special performance of Rossini Stabat Mater to celebrate the Italian presidency of the European Union.  At the Royal Danish Opera Paolo Olmi has also conducted Madame Butterfly and he made his US debut at the Chicago Lyric Opera in 1996 conducting Donizetti’s Don Pasquale.

Since making his debut at the Deutsche Oper Berlin in 1992, Paolo Olmi has returned on a number of occasions for productions of La Fanciulla del West, Aida, La Forza del Destino and Il Trovatore.

Paolo Olmi is also very active on the concert platform and has conducted such orchestras as Tokio Philharmonic,Santa Cecilia Rome, Orchestre National de France,London Philharmonic Orchestra, Royal Philharmonic Orchestra, BBC Symphony Orchestra in London and the Orchestra of RAI Rome where he conducted the complete symphonies of Mendelssohn, which were televised by National Television.  Following highly successful concerts in Spain with the Royal Opera House Covent Garden Orchestra in 1996, he appeared with the Orchestra in September 1997 at the Athens Festival and has toured the orchestra again in Italy and Germany in 2000.

Following a highly successful debut at the Hamburg State Opera with Rossini’s The Barber of Seville, Mr Olmi was immediately reinvited for a new production of La Forza del Destino at the beginning of the 98/99 season. Engagements during the last few seasons have included his debut in Athens with La Boheme, at Stuttgart Opera conducting the Barber of Seville and Un ballo un Maschera with the New National Theatre, Tokyo where he returned to conduct a new production of Nabucco in 2001 and Donizetti’s L’Elisir D’amore in 2002 with a very successful DVD. In January 2000 he conducted a very successful performance of Verdi’s Aida in concert with the London Philharmonic Orchestra and Philharmonia Chorus which was subsequently taken on tour in Italy and in December 2000 he conducted the LPO on tour in Korea.

Last engagements include  a very successful Don Pasquale al Toulouse Opera,Traviata at Savonlinna Festival ,  Fledermaus in Shanghai ,Otello in Stockholm and Semiramide in Bordeaux besides  many concerts in Italy, China ,Israel and France.

Paolo Olmi in 1988 was the first Italian conductor invited in China and after that he conducted the opening of Shangai Gran Theater in 1998. He came back to China in 2003 with Orchestra of Teatro La Fenice di Venezia at Beijing Festival and conducted many times in Shangai, Hong Kong and Macao. He also did some  orchestra masterclasses at Shanghai Conservatory of Music. Next engagements include Rigoletto in Hong Kong and Cosi’ Fan Tutte in Tokyo.