You are at:Home»Composers»NICOLA PIOVANI composer 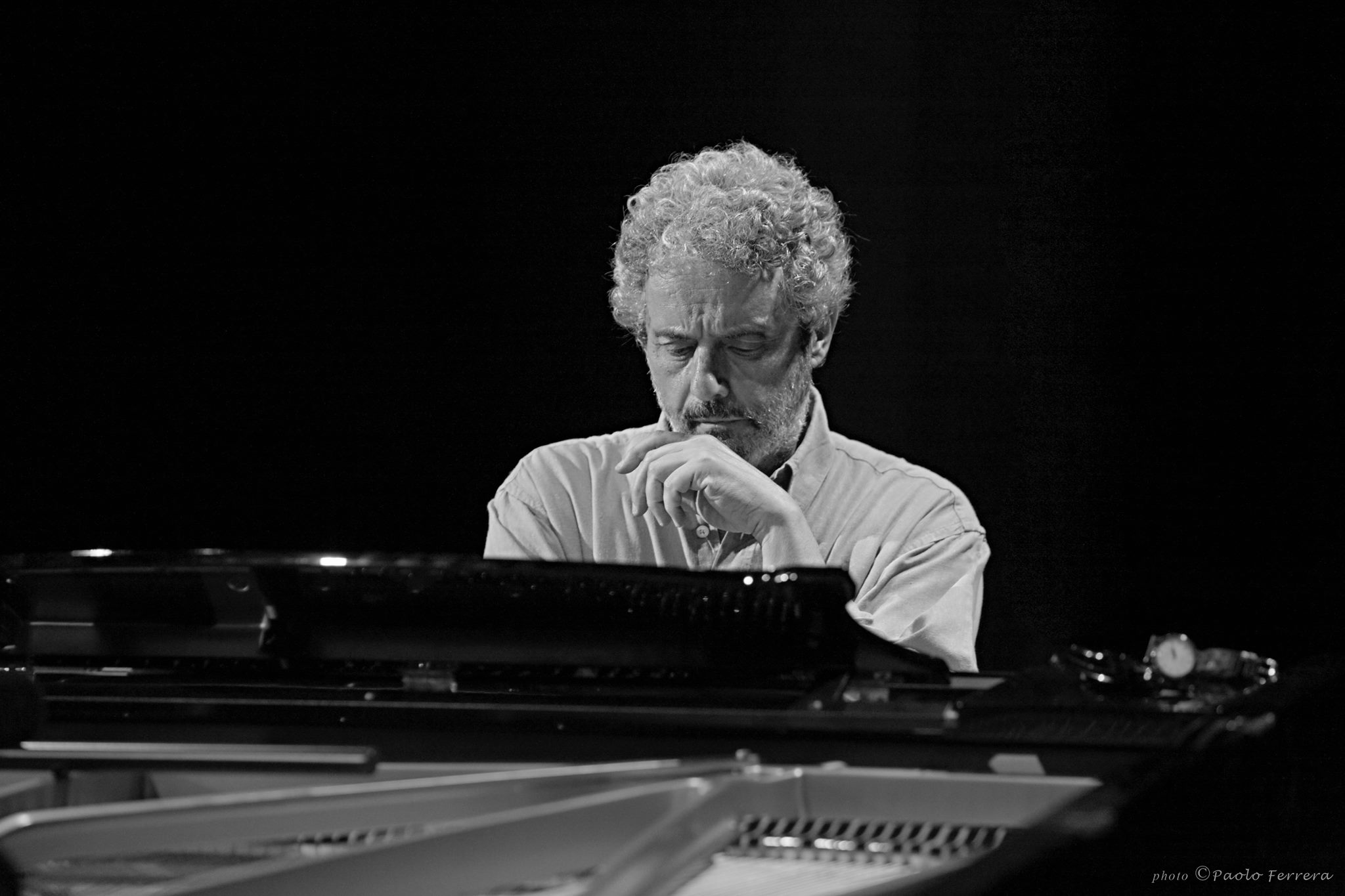 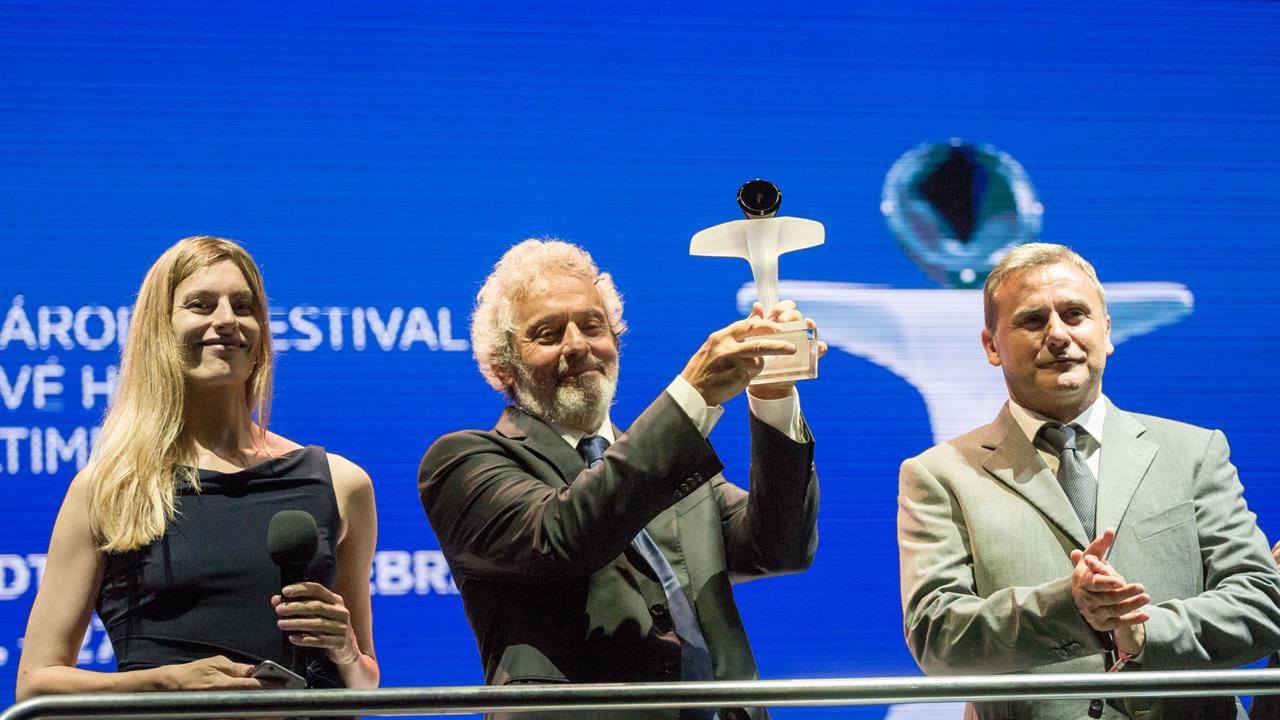 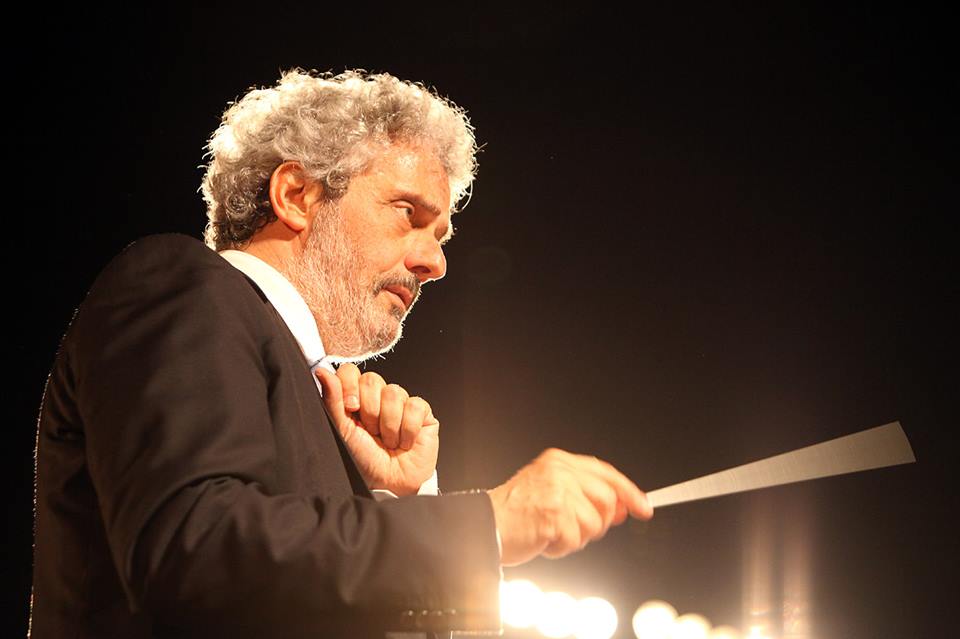 Nicola Piovani was born on May 26, 1946, in Rome, where he has lived and worked ever since. He is a musician, pianist, conductor, composer of film and theatre scores, songs, chamber music and symphonies. Among those who encouraged him in composition, was Greek composer Manos Hadjidakis.

Much of Nicola Piovani’s work has been dedicated to film and theatre, between which his passion is divided. Initially, film took up most of his time, but, over the years, he conceded himself the luxury (as he defines it) of dedicating his time to performing music in theatres, which now occupies most of his time.

His first soundtrack dates back to 1968. It was written to accompany documentary footage of the student movements connected to the faculty of Philosophy, where he was a student. The footage was made by a students’ collective under the direction of Silvano Agosti.

Piovani’s debut in full length soundtrack was to take place the following year with “N.P. - il segreto” by Silvano Agosti. After “N.P.”, Nicola began a career which led him to write scores for more than one hundred and seventy films, and to collaborate with the most important Italian directors including: Bellocchio, Monicelli, the Taviani brothers, Moretti, Loy, Tornatore, Benigni and even Federico Fellini, who engaged the composer for his last three films. Foreign directors with whom he has collaborated include: Ben Von Verbong, Pàl Gàbor, Dusan Makavejev, Bigas Luna, Jos Stelling, John Irvin, Sergej Bodrov, Eric-Emmanuel Schmitt, Philippe Lioret, Danièle Thompson and Xavier Durringer.

Nicola won an Academy Award for the soundtrack for Roberto Benigni’s “La vita è bella” in 1999. He has also received various Italian Awards: three David di Donatello, four Colonna Sonora, three Nastri d’Argento and two Ciak d’oro. In France, he was nominated twice for the Cesar Awards at the ‘Musique et Cinema Festival of Auxerre’ and received an Award from the Public and a Special Mention by the Judges.

During the seventies, he was active as a song writer. He composed two albums with Fabrizio De Andre’: “Non al denaro, non all’amore nè al cielo” and “Storia di un impiegato”. In 1995, he wrote three songs for Roberto Benigni’s theatrical Tour, including “Quanto ti ho amato”.
Initially, Piovani worked for the film industry as well as for theatre, writing the stage music for Carlo Cecchi’s productions and for those of Luca De Filippo, Maurizio Scaparro and Vittorio Gassman.
In 1989, he wrote “I sette re di Roma”, a musical, staged at the Sistina Theatre in Rome by Luigi Magni and Pietro Garinei with Luigi Proietti.

At the end of the '80s, Nicola started to collaborate with Vincenzo Cerami, and together with Lello Arena they founded the ‘Compagnia della Luna’, with the intention of creating a product that had no place on the Italian stage at that time: a type of theatre where both music and words have ample space, and can interact on an expressive level.

The first two creations from this collaboration were: “La cantata del Fiore” in 1988 and “La cantata del Buffo” in 1990. The two works were subsequently combined to become a single piece, and have been performed almost two hundred times, all over Italy, followed by “Il signor Novecento” in 1992, “Canti di scena” in 1993, and “Romanzo musicale” in 1998.

In 1998, the first production of “La Pietà” took place at the Mancinelli Theatre in Orvieto: a “Stabat Mater” for reciter, two singers and an orchestra of twenty-three musicians. Here, Piovani collaborated again with Cerami.

In the year 2000, “Concerto fotogramma” was produced, a project in which Piovani abridged and adapted film scores, taken over a thirty-year period of his career, recasting them in a theatrical form.
Another precious work of his was “Isola della Luce” a score for voce recitante, two singers and orchestra, with texts  by Homer, Sicilo, Byron, Einstein, Seferis, Mesonmede of Crete, and Vincenzo Cerami. This was commissioned by the Greek Government and took place amongst ruins on the Island of Delos, as part of the opening ceremony for the Olympic Games in Athens.
In 2006, Piovani composed and directed “La cantata dei cent’anni”, to commemorate the hundred years since the birth of the CGIL Trade Union.

In 2007, he composed an orchestral suite entitled “Epta”, inspired by the number seven.

In 2008, Piovani received the title of ‘Chevalier dans l’ordre des Arts et des Lettres’ from the French Minister of Culture, an honour conferred upon people who have distinguished themselves for their artistic and literary creations.

In 2009, Piovani wrote the symphonic cantata “Padre Cicogna”, for a script by Eduardo de Filippo. This was performed at the San Ferdinando Theatre in Naples, to commemorate the twenty-fifth anniversary of his death. On stage were: Luca de Filippo (voce recitante), and the Orchestra of the San Carlo Theatre, conducted by Piovani himself.

In 2013, he released his first CD, all songs, “Cantabile” with singers like: De Gregori, Servillo, Giorgia, Grigolo, Ferreri, Mannoia, Proietti, Benigni, Jovanotti, Noa, Morandi, Benigni, and with the participation of the Solists of La Scala, a recording highly praised by critics and the public. 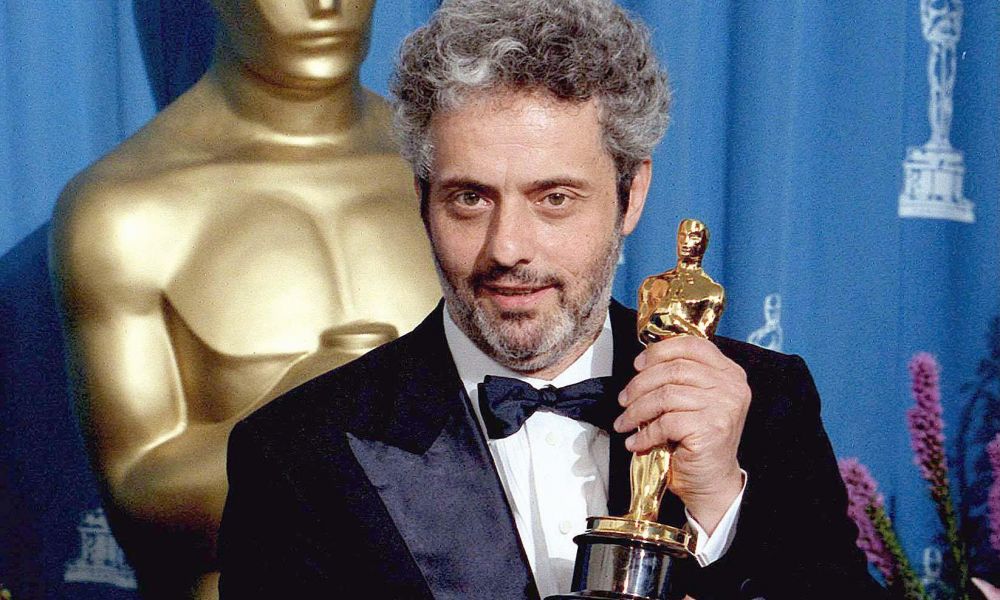 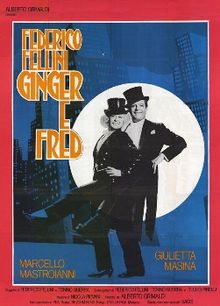 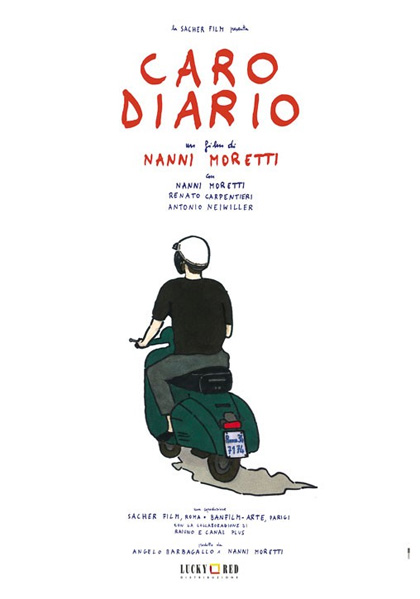 --- I remember an accordion teacher who used to come and teach at our home. From our balcony, I would see him drive up on an old Guzzetto moped, with the accordion slung over his shoulder. He used to teach me some paraphrases from Traviata, arrangements of Pasdouble and a very pompous unforgettable march
called, if I remember correctly, “Pietro ritorna”. I watched him play with a kind of Dionysian admiration.

--- Years later, memories flooded back when I found myself on the Island of Crete for the Heraklion Festival. I was to perform a concert on the evening following Astor Piazzolla. The rehearsals took place during the evenings, due to the high temperatures by day.I was invited to watch Piazzolla’s rehearsals, with strings and percussion,
conducted by Manos Hadjidakis. I was mesmerized watching the great artist’s fingers running all over the keyboard. Inebriated by the strong scent of jasmine, my mind went back to that teacher, on the moped so many years ago, with his candour heroic yet ordinary. By now, I was listening with less candour but with a
greater ability to analyse. I was in front of one of the greatest musicians of the century, but the wonder and the excitement were just the same as they were when I was a child. All this was due, of course, to these two sublime artists, Piazzolla and Hadjidakis.

Much of Nicola Piovani’s work has been dedicated to film and to theatre, between which
his passion is divided. Initially Film took up most of his time, but, over the years, he
conceded himself the luxury (as he defines it) of dedicating his time to performing music
in theatres and concert halls, which now occupies most of his time.

--- I hadn’t yet turned five, when I was taken to a type of Variety show for the first time. I still remember the venue, the Cinema/Teatro Castello, at Porta Castello, a stone’s throw away from Saint Peter’s Basilica. During the shows I would sit by the Orchestra pit…drums, piano, trumpets… a cornucopia of childlike wonder and sacred emotion which left me feeling far more elated than even the attic of Adrian Leverkuhn by Thomas Mann. At sixteen I discovered Film, known as the Seventh Art when, by chance, I went to a “Cinema d’essai”, where I saw, the “Seventh Seal” by Bergman for the first of many times. This ignited the Spark, the Passion and the Desire: what could be better than being involved in Film? After only a few years, Good Luck helped me to achieve what I wanted most.

His first soundtrack dates back to 1968. It was written to accompany documentary footage
of the student movements connected to the faculty of Philosophy where he was a
student. The footage was made by a students’ collective under the direction of Silvano Agosti.
Piovani’s debut in full length soundtrack was to take place the following year with “NP il
segreto” by Silvano Agosti

--- The title of the first feature film for which I composed the music corresponded with my initials, NP, however this was only a coincidence. Agosti never revealed the reason for such a title, which he had already chosen before he engaged me to write the music. I am not superstitious, except in jest, but I still hold that coincidence in my heart like a lucky charm which has brought me good fortune

--- Theatre is the language of the future in my opinion. I don’t want to be provocative, anything but: theatrical communication, in which artists, in flesh and blood act, sing and dance in front of a live audience, is part of a two thousand year old tradition, which dates back to the beginning of our civilisation. I believe too, that the advances in technology for music production, which now happens at an exponential speed, and the possibility of listening to music anywhere, at any time, with perfect accuracy and with no effort, renders, and will continue to render, a live performance all the more precious. Within a few centuries’ time our CDs, DVDs, Blue Ray, iPods… will be up in the attic alongside other antiques from various ages. But I’m certain that someone will be playing or singing in a theatre, in front of a live audience. Anyway, I prefer to listen to music without a remote control in my hand.

--- Often I am asked whether music could do anything for peace, or for other forms of solidarity; my reply is no, music cannot do anything in reality. But reality is not all that there is, often history tells us that significant conquests are preceded by poets’ verse. Idealism has often been the wind in the sails of reality ( real or what?)
political and historical conquests. If I am asked to play for a worthy cause I don’t refuse, even if it’s only to remind
myself of what side I am on. Then, when there’s a peace march, there’s always someone drunk on realism, ready to say how useless it all is. However, I think that the contrary would be far worse: seeing young people marching in favour of war, which has sadly happened in the past.

---  I’ve been thinking about a new musical work for some time, with the hope of staging it in 2011. The piece is a suite, for a small group of instruments and recorded voices, inspired by the voyages of Ulysses, and by the pointed contemporary, or maybe timeless, relevance of the hero and his manifold wit. His travels still have so much to tell us, and continue to cast fresh light on our own everyday journeys. 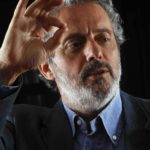 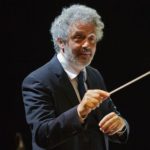 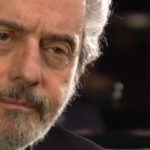 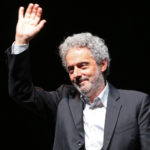 Piovani conducts at the Italian Senate

Nicola Piovani and Made in Italy