You are at:Home»Conductors»CHARLOTTE POLITI conductor 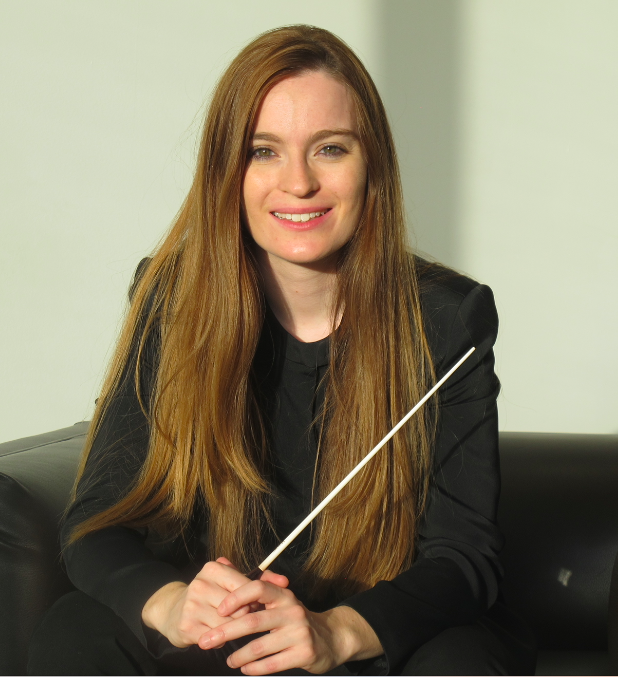 Charlotte Politi graduated with a master degree from Hochschule für Musik Karlsruhe (Germany), where she studied with Werner Stiefel and Andreas Weiss, and she just finished her studies at University of Michigan (USA) under the guidance of Kenneth Kiesler. Other important musical imputs came for conductors as Piero Bellugi, Colin Metters, Johannes Schlaefli, Oleg Caetani, and Michel Tabachnik at the Accademia Chigiana (Siena, Italy) in 2015.

During her studies, Charlotte Politi conducted several concerts with Baden-Baden Philharmonie, Stuttgarter Philharmoniker, Württembergische Philharmonie Reutlingen. She has been active part in the foundation of groups and ensembles, such as Musica InContro Ensemble (MIC, Italy), and Ann Arbor Camerata (USA), of which she was music director during the 2018/2019 season. During her studies, she developed a vast repertoire, ranging from symphonic to opera, and contemporary music, giving many premiers and collaborating with young composers.

Charlotte Politi has been invited to the final rounds of the Concours de Besançon in September 2019, and took part in the assistantship competition of the Orchestre National d’Ile-de-France earlier this year.