You are at:Home»Composers»GABRIEL PROKOFIEV composer

Gabriel Prokofiev creates music that both embraces and challenges western classical traditions. A London-based composer, producer, DJ, and founder of the NONCLASSICAL record label and club night, he has emerged at the forefront of a new approach to classical music in the UK, recognized by the Financial Times as being “in the vanguard of redefining classical music conventions.” Prokofiev’s distinctive sound is informed by his background as a producer of hip-hop, grime, and electro records, as well as his earlier involvement in electroacoustic music at York and Birmingham Universities, where he won a Residency prize at the prestigious Bourges International Electroacoustic Music Competition in 1998.

Prokofiev’s Concerto for Turntables was performed at the BBC Proms in August 2011 to critical acclaim, conducted by Vladimir Jurowski with world champion DJ Switch as soloist, and broadcast on BBC2 television. Other recent works include: a poly-stylistic ‘orchestral remix’ of Beethoven’s Ninth Symphony commissioned by John Axelrod and the Orchestre National des Pays de la Loire, France, performed in sold-out concert halls in Angers and Nantes in June 2011; a 3rd String Quartet premiered by the Ruysdael Kwartet at Wigmore Hall in 2010; ‘import/export/ a percussion suite’ for Global Junk, toured in UK & USA by Joby Burgess’s Powerplant; and a book for Solo Piano recorded by Russian virtuoso GéNIA.

Latest projects include new music for a ballet production of ‘A Midsummer Night’s Dream’ with choreographer Cathy Marston for Bern Ballet’s winter season in Switzerland, and a Concerto for Bass Drum & Orchestra which was premiered by Princeton Symphony and in the UK with the LCO @ The Roundhouse in 2012. His current album, ‘Selected Classical Works 2003-2012,’ was released in Fall 2014. Most recent Orchestral commissions were: a ground-breaking Concerto for Trumpet, Percussion, Turntables and Orchestra premiered by Orchestre de Pau Pays de Béarn in February 2014, a Hip-hop inspired Symphonic Work: ‘Dial 1-900 Mix-A-Lot’ for Seattle Symphony, premiered in June 2014, and a Violin Concerto, premiered by Daniel Hope, Sascha Goetzel and Borusan Istanbul Philharmonic at the BBC Proms in July 2014, to great acclaim, and then toured by Vladimir Jurowski with the Svetlanov Symphony in Russia in September 2014.

Released at the end of 2019, Prokofiev has recorded a new album by Signum Records: Saxophone Concerto & Buss Drum Concerto with  Branford Marsalis, Joby Burgess and the Ural Philharmonic Orchestra. Furthermore his new opera "Elizabetta", staged by Theater Regensburg, has gain a huge success all over Europe.

Concerto for Turntables and Orchestra 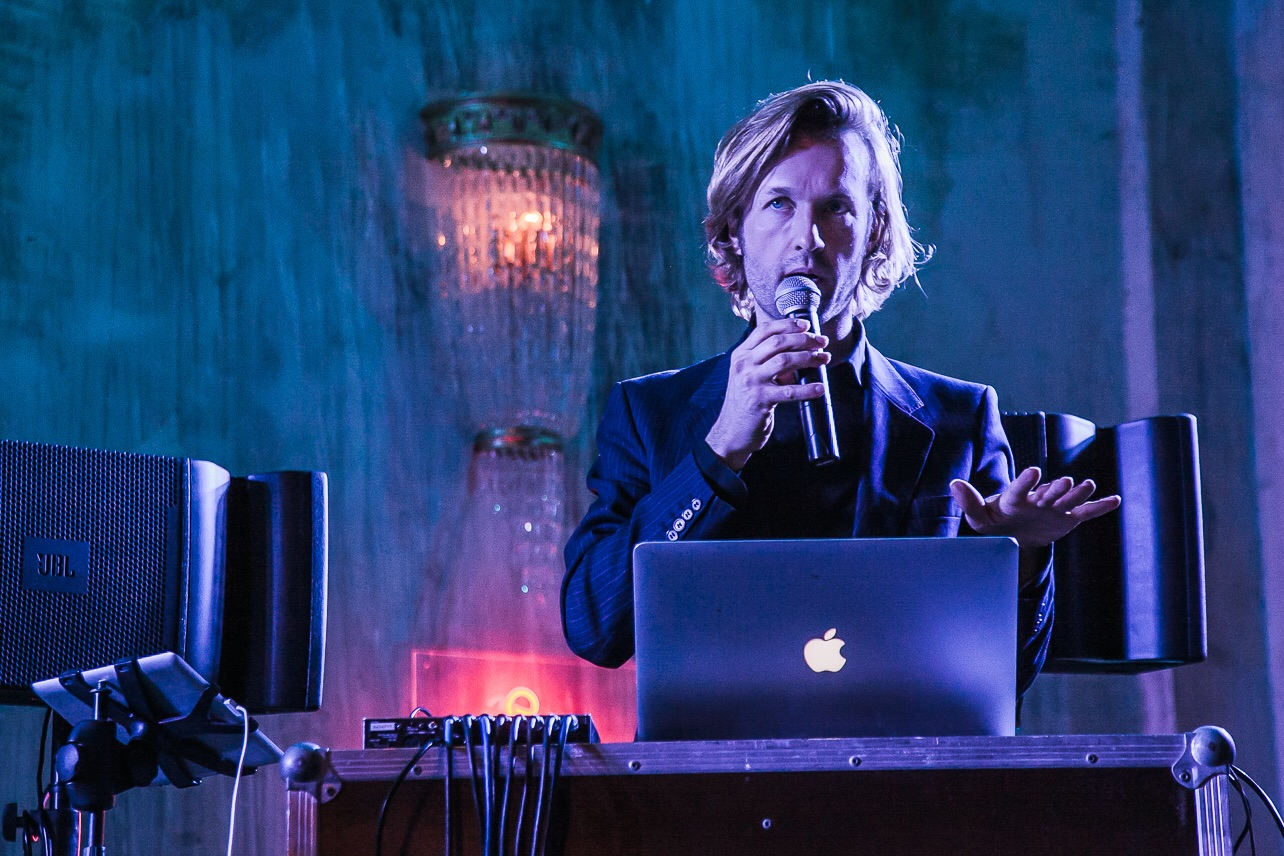 The project involves a duet composed by Osman Koc (as a VJ controlling visuals in real time), and Gabriel Prokofiev (as a laptop DJ on stage). The two artists can perform in duo or with live guest musicians too (like violin / piano / string quartet etc).

Osman Koç is a creative technologist and artist who uses technology as a medium for expression and means by which to dissolve the perceived barriers between stage and audience. Directed by his curiosities, Koç’s works touch many numerous fields including cybernetics, artificial intelligence, biosensors, kinetic sculptures, reactive lighting, audiovisual performances and games with alternative physical controllers.

Gandini Juggling and Alexander Whitley Company join forces to perform their visually arresting new work, ‘Spring’. This cutting edge work is ‘a kaleidoscopic, colourful and virtuosic production and a philosophical reflection of the nature of colour and how we perceive it, combining dazzling circus skills with gorgeous choreography.’ ‘Spring’ will be performed to original music composed by Gabriel, with the UK Premiere taking place at Cambridge Junction on 7th February.