You are at:Home»Conductors»MAXIM RYSANOV conductor 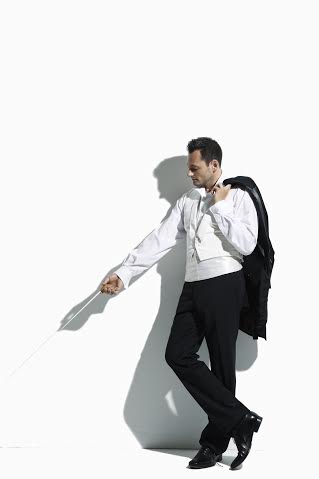 Maxim Rysanov studied conducting with Alan Hazeldine at the Guildhall School of Music and Drama in London, where he also received his education as a violist. He also participated in masterclasses with Gennady Rozhdestvensky, Jorma Panula and most recently has been taking lessons from Oleg Caetani. In 2003, Maxim won Young Conductor in association with the Bournemouth Symphony Orchestra Competition. He had to refuse the position at that time due to the increasing commitments in soloist career. However, he always remained connected to his conductor-side.

Maxim is a keen promoter of new music. Recently, he conducted the Russian premier of the Piano Concerto by Benjamin Yusupov. Maxim featured as both conductor and soloist on the debut disc of composer Dobrinka Tabakova (ECM) in 2013 – a disc that reached number 2 in the UK classical charts and was shortlisted for a Grammy Award. Future engagements include: the Plovdiv Philharmonic (Kristina Blaumane); the Sofia Opera Orchestra and Chorus (Bulgarian premier of Cantata by Dobrinka Tabakova); the Sofia Philharmonic; the Royal College of Music String Orchestra; the Lviv Philharmonic; the Detmold Chamber Orchestra; the Lepaje Symphony Orchestra (soloist David Geringas); and the Pforzheim Stadtsorchester.