You are at:Home»Conductors»SERGEY SMBATYAN conductor 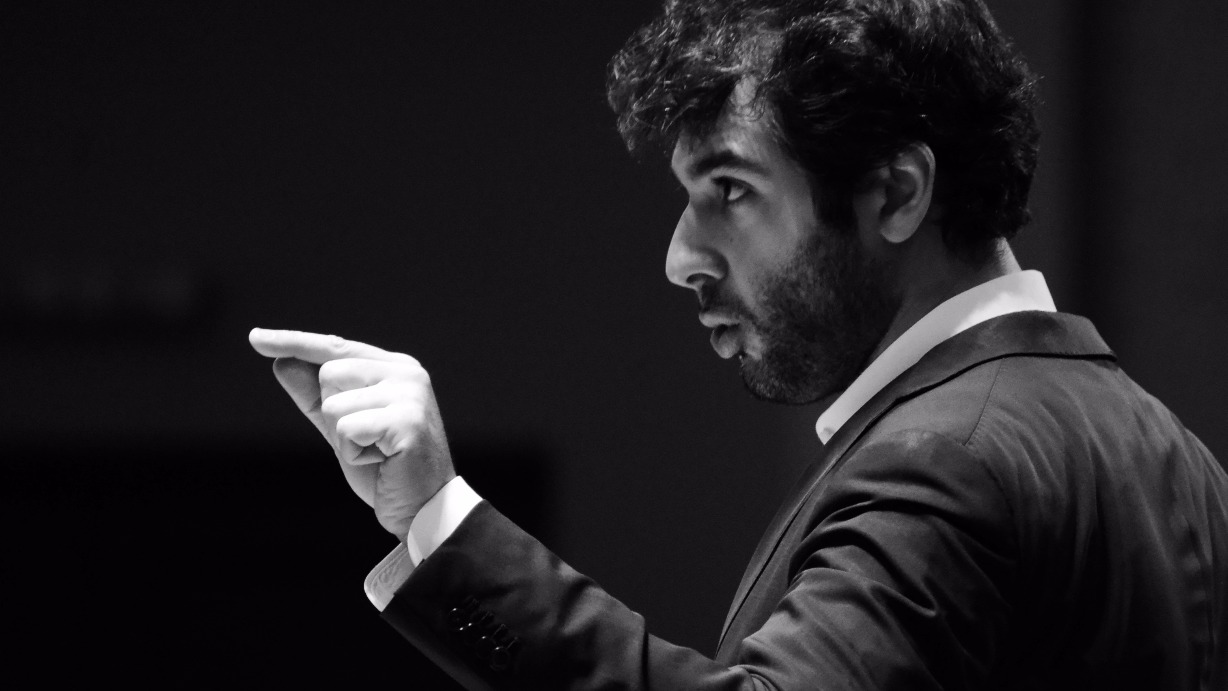 Acclaimed as a cultural leader in his native Armenia and increasingly in demand on  the international stage, Sergey Smbatyan is founder, Artistic Director and Principal  Conductor of the Armenian State Symphony Orchestra. In September 2019 he  became Principal Conductor of the Malta Philharmonic Orchestra following highly  successful tours of Germany, Austria and the United States, including performances  at the Berlin Philharmonie, Vienna’s Musikverein and Carnegie Hall.

Music’s power to unite, heal and inspire has driven and sustained Smbatyan since  childhood. His mature artistic vision combines lessons learned from the best traditions  of Russian music-making and a profound personal commitment to transforming lives  through the shared experience of performing and listening. The charismatic  conductor’s reputation with fellow musicians and critics alike flows from his technical  command, the intensity with which he shapes and communicates musical ideas, the  intelligence of his programming, and the spiritual richness and depth of his  interpretations.

Sergey Smbatyan was eighteen when he founded the Armenian State Symphony  Orchestra in 2006. He has overseen its transformation since from youth ensemble into  one of Armenia’s finest professional orchestras. They began 2020 with a landmark  European tour, complete with debut appearances at Vienna’s Musikverein, the Berlin  Philharmonie, Salzburg’s Großes Festspielhaus, the Barbican Hall in London,  Moscow’s Zaryadye Concert Hall, the Gasteig Munich, Stuttgart’s Beethoven Hall and  Prague’s Rudolfinum.

Known for his imaginative programming, Smbatyan is a determined champion of new  music and supporter of emerging talent. He is founder and artistic director of four music  festivals in Armenia, Artistic Director of the Aram Khachaturian International  Competition and, in October 2019, conducted the WTIC World Orchestra in the first  ever concert of music composed by artificial intelligence (AI). His repertoire embraces  everything from masterworks of the western symphonic literature to compelling scores  by Armenian and other Eastern European composers, many of them commissioned  by or specially written for him.

Born in Yerevan in 1987, Sergey Smbatyan showed exceptional musical promise as  a child. He received his first violin lessons from his grandmother, Tatiana Hayrapetyan,  and continued his training at the Komitas State Conservatory of Yerevan, the Moscow Tchaikovsky Conservatory and with Zakhar Bron. He refined his conducting skills while  studying for a PhD in fine arts at the Institute of Arts of the Armenian National Academy  of Sciences and as a postgraduate student at London’s Royal Academy of Music,  where he gained invaluable insights into the conductor’s art from Sir Colin Davis.

Sergey Smbatyan’s list of awards and prizes includes the title of Honoured Artist of  the Republic of Armenia, presented by the President of the Republic of Armenia in  recognition for his promotion of Armenian music and culture. In 2014 he became the  youngest ever worker in the field of the arts and the first Armenian to be appointed  Chevalier of the Order of Arts and Letters by the French Ministry of Culture.