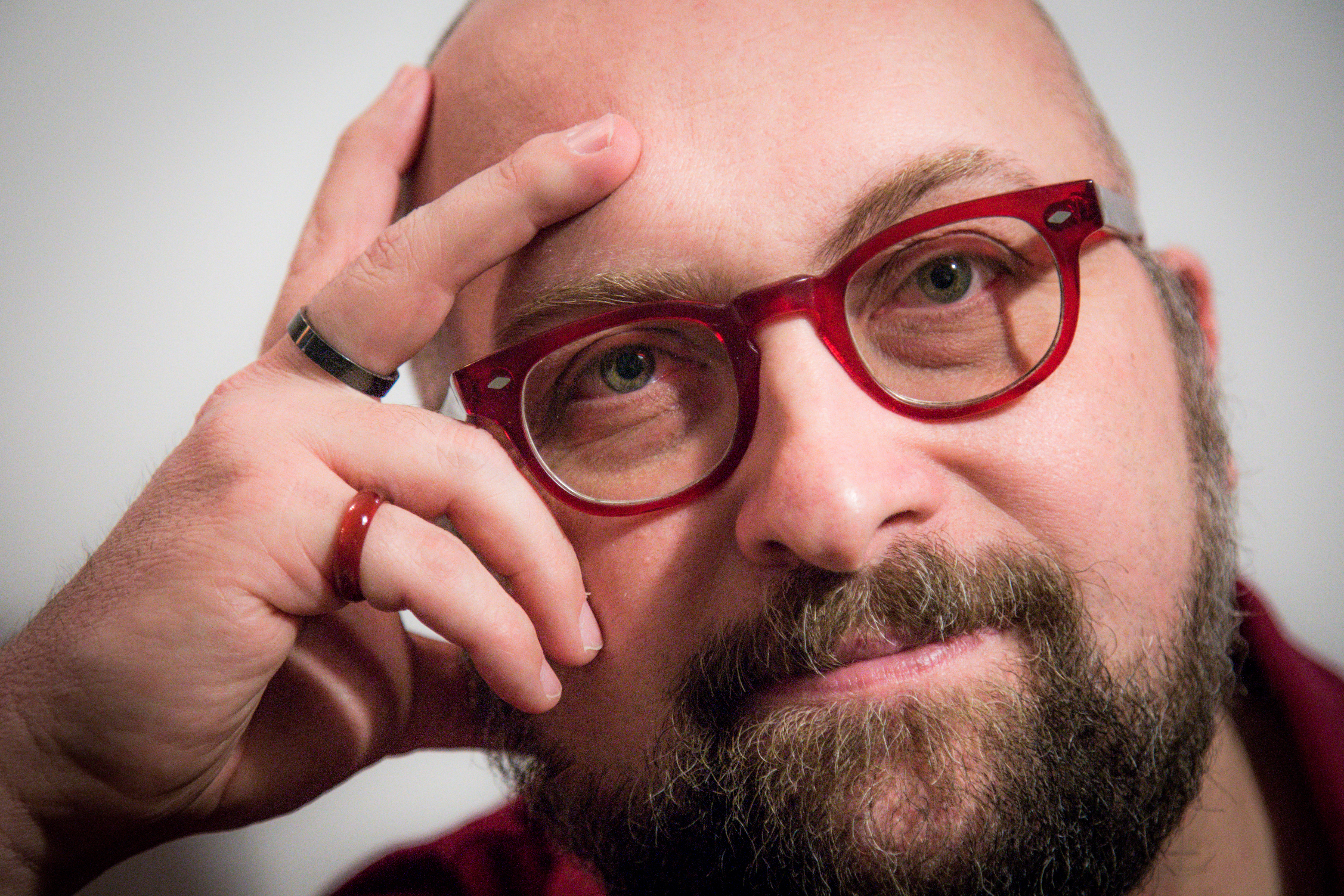 "Making Theater" in this period of Corona Virus is difficult, but not impossible.

Without this premise there is only silence and nothingness.

There were many words, many decrees, just as many as the failures of the institutions to the hypothesis, the ideas and possible solutions to carry on in some way, in concrete terms, the world of live entertainment today.

All of this has been understood, even accepted, although not shared. In any case, after having assimilated the different dictats, we nevertheless worked hard to create bespoke projects. That is, we responded proactively.

As it is for every aspect of our lives, today an evolution is needed compared to what we considered our habits and normality. In our sector, we must not only, of course, adapt to new requests, but where it is possible we have to anticipate any new critical issues, since everything is solvable if thought in advance and prevented.

We realize that not everything is feasible and choices are definitely needed upstream. However in other historical times, in other moments of profound social upheaval, the theater has never been "free", never been detached from reality (arriving, for example, at the censorship that prevented many titles from being put on stage). And the artists, by their nature, in the face of obstacles thanks to creativity they have always managed to move forward. Always and despite everything. Having said that, today, here, in these parts of the world, we all have the right to health: spectators, operators, technicians, artists. And it's a priority.

So now, today, here. We must start with titles that are simple to manage, in relation to the concrete limits of the situation, in the awareness of everyone's safety: spectators, operators, technicians, artists. What is meant by 'simple management titles'? One title is not the same as another: "Aida" is not "Così fan tutte". Which works guarantee health security without penalizing the beauty of the work and the public? We need enjoyable titles, usable for the public, not going too far from the world of melodrama as we know it, and which can also enhance dramaturgy.

This is why I would like to propose "Suor Angelica", by Giacomo Puccini.

For some time I had in mind an exploratory laboratory, which would allow me to "play" with this title. In respect of the opera and its music I wanted to investigate and unhinge some opera stereotypes, often linked more to inertia than to respect for tradition. A laboratory therefore "expressive" on this Puccini title today, now, appropriate, fitting and propitious at this moment: Suor AngeliCovid LAB, in fact.

"Suor Angelica" allows me, precisely thanks to its dramaturgical nature, an isolation and a "cloister" of the interpreters which is well suited to respecting the rules of the current situation.

In concrete terms. The number of singers in this work is minimal, therefore even on stages or limited spaces it can be represented without penalizing vocality. Furthermore, Italy is rich in cloisters and churchyards, places that perfectly adapt to the dramaturgy of the work and, at the same time, being open air places, they obviously respect the recommended parameters.

I see an elastic and flexible direction that can be adapted to any theatrical topography; a "liquid" direction that can be thought of both en face, that is, with a front stalls, and with a circular arrangement. In this period the theater and consequently the work of a director must be at the service of the show and the spectators more than ever. The traditional designs of the audience are put in check since we are living and, consequently, a total rethinking of the live show is necessary.

In space, the characters will move as on the lines of an asterisk, radially. The only reference point will be the center, the diagonals will therefore be very clear and defined, guaranteeing safe dynamics.

Suor AngeliCovid LAB will obviously be open to a small group of singers who will have to work with great mental and artistic elasticity. This small group will have to divide the different roles, this in "Suor Angelica" will not be a problem. In detail. Many characters are not on stage simultaneously; think for example of the Suor Zelatrice and the Badessa, the two roles can be covered by the same singer (it is Puccini's own dramaturgy that comes to meet us, the writing has been designed in separate scenes from each other!). Few performers, contagion risks stemmed on stage and even behind the scenes.

Inevitably, the orchestral part will have to be reduced: at the moment, for a project of this kind, we cannot take advantage of a complete orchestral staff. To begin with, you will work with a piano and an electronic keyboard taking advantage of the effects that the digital instrument can provide. In addition, the voices of the performers will bring a musical enrichment where the occasion will be found and where it will be possible they will also perform with their complementary instrument (a flute or a violin), however the choice of this arrangement will be weighted from time to time according to the peculiarities of the artists and the choices of the musical direction.

I also chose to limit the scenography, going almost close to totally eliminate it. It will be the single singer to become space / show, an approach to opera much more tied to the Research Theater, where the actor is the central element of the scene. The actor's work combined with the aesthetics of the costumes and the hospitality of the welcoming place will build the scenographic dynamics.

The work thus conceived adapts to the place it meets, in full. It will be an agile production that can run in different spaces, also capable of changing according to the peculiarities that will arise.

It will be the artist on stage to fill the essentiality of the stage apparatus, through a precise path developed during the laboratory. Each artist will therefore have a well-defined track to work on for each scene. Few objects will be needed to integrate the staging thus conceived, and give the audience the magic of the theater.

If the contingent moment forces us to make choices, this can artistically be an opportunity to find new solutions. Let’s give melodrama the opportunity to tap into more active performance forms, which can also open up new horizons and visions of staging. 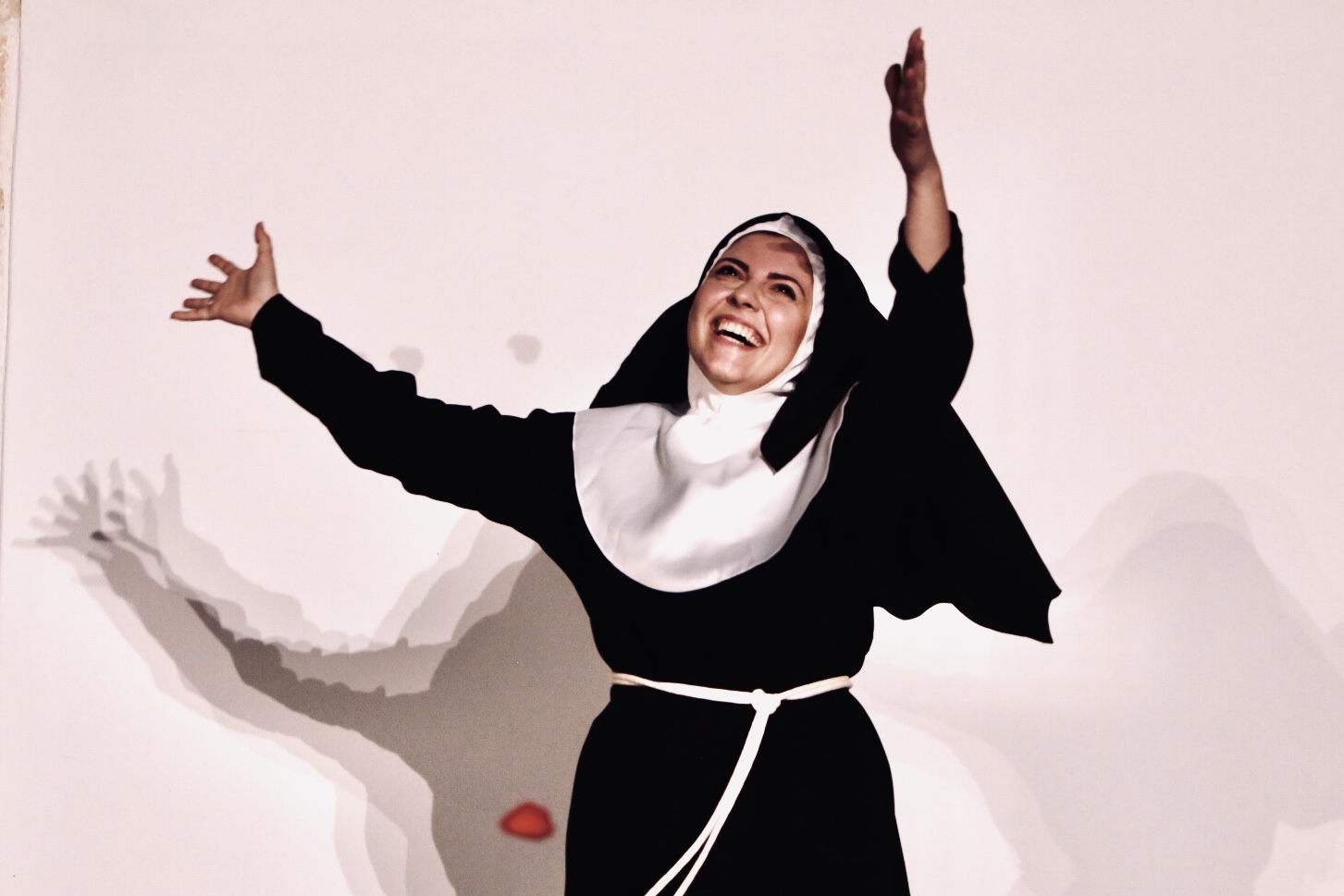 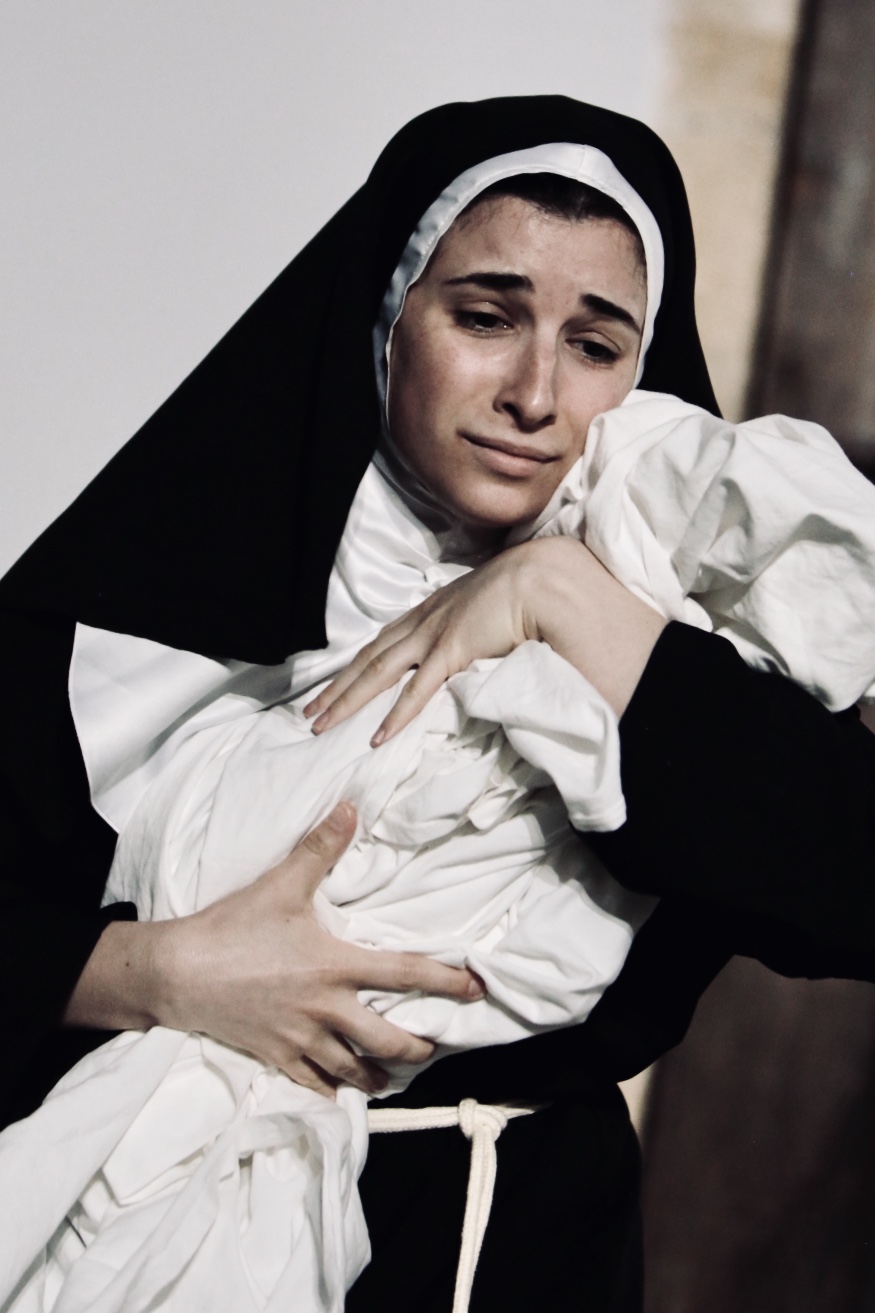 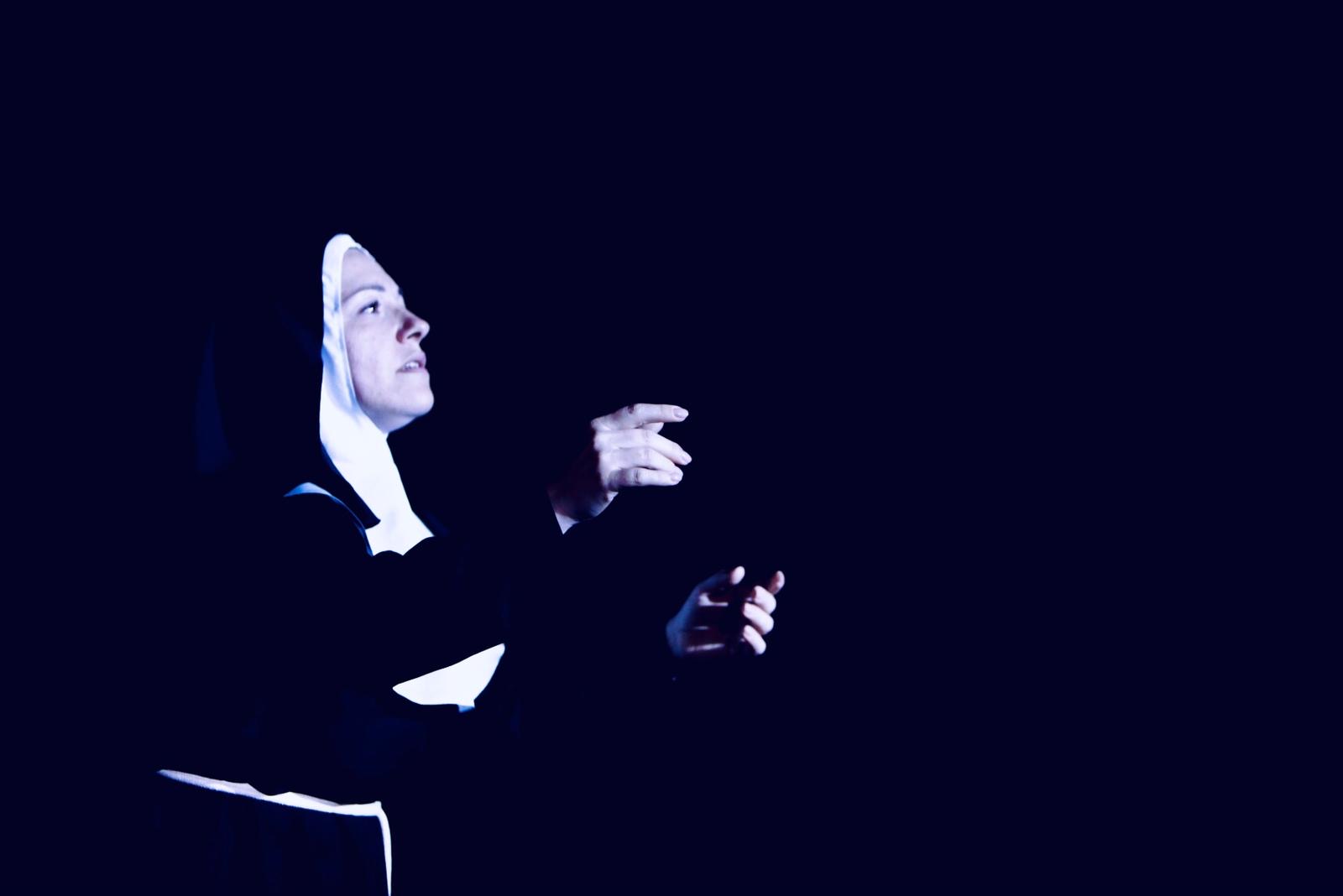 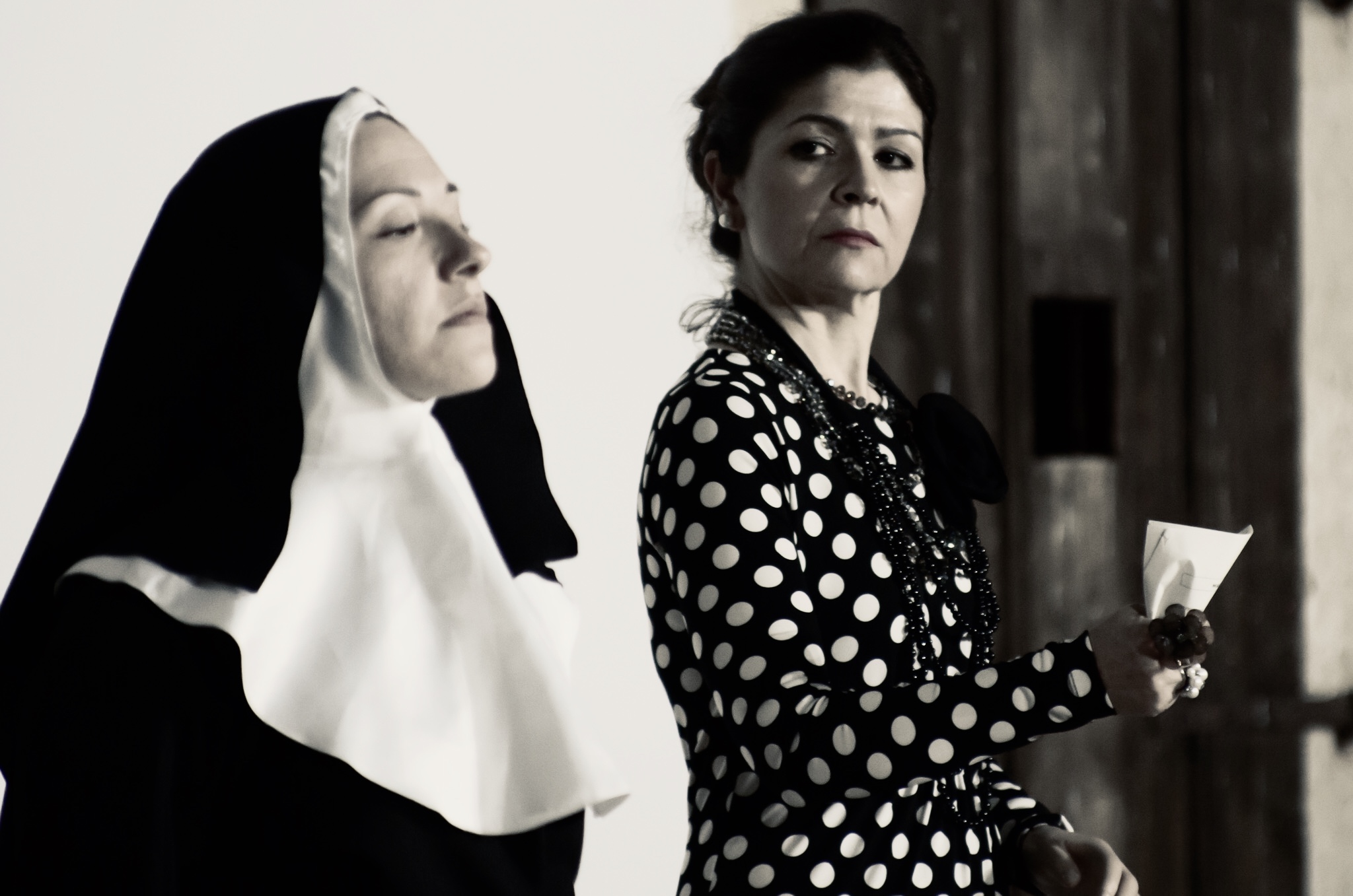 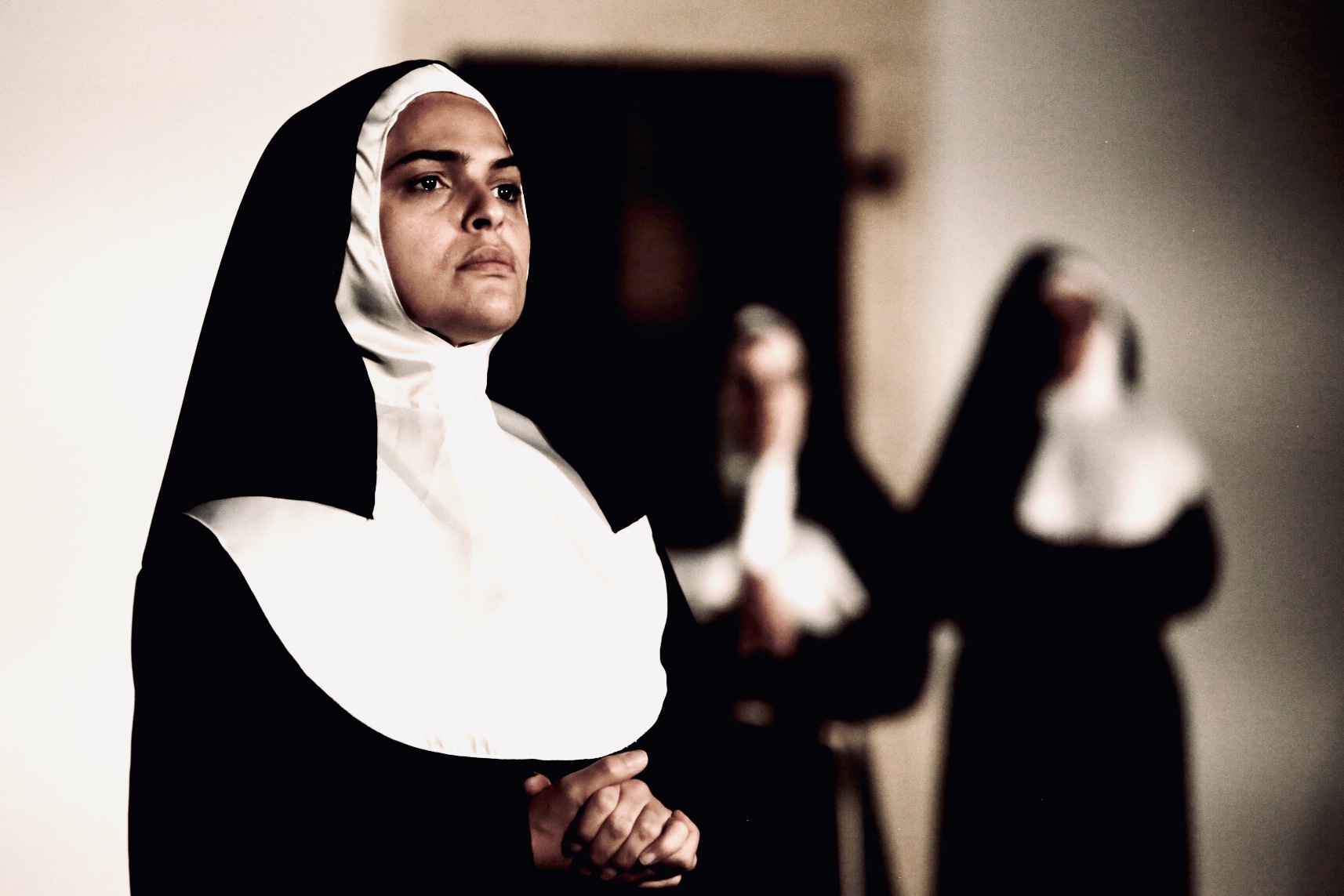 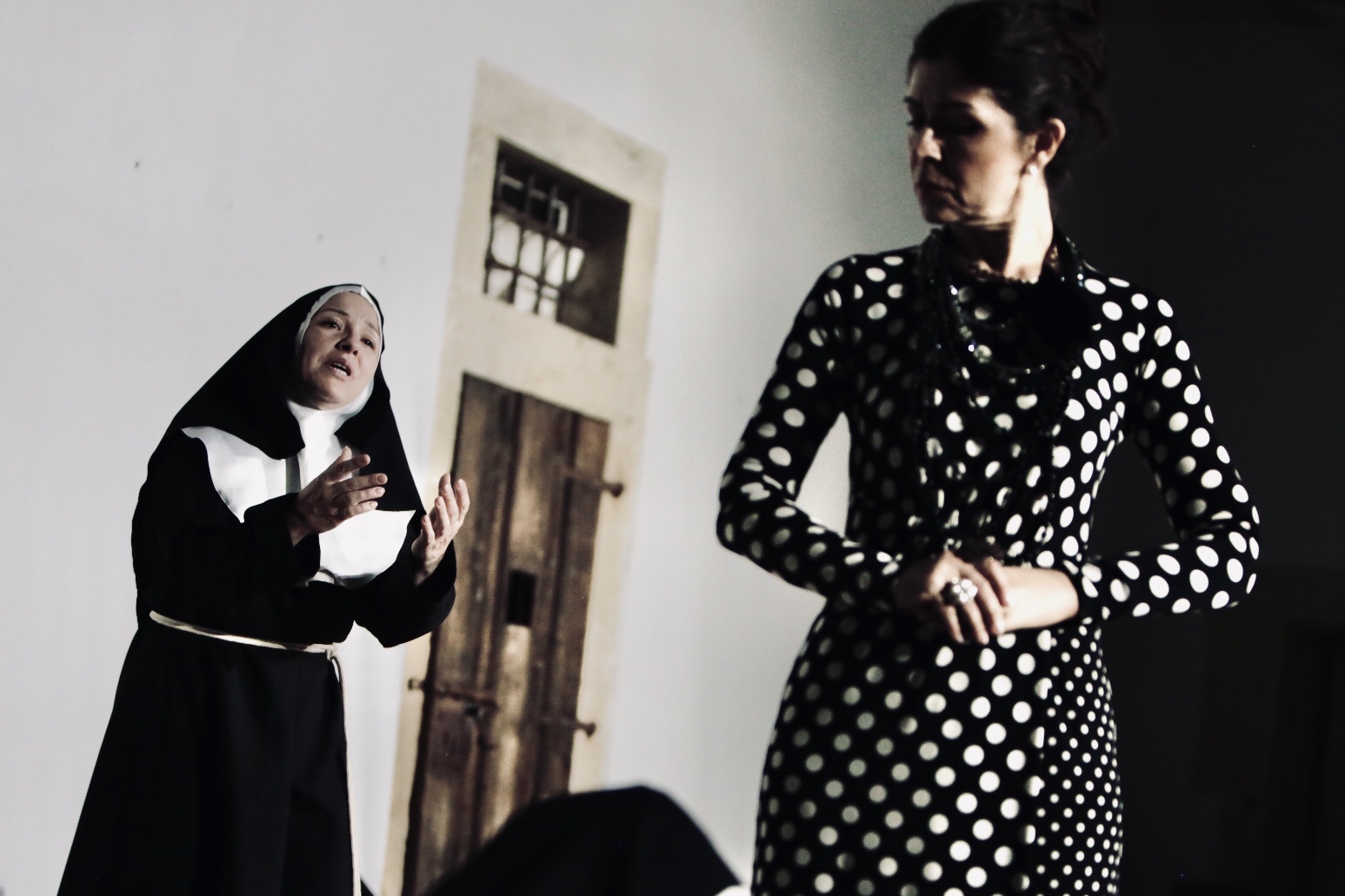 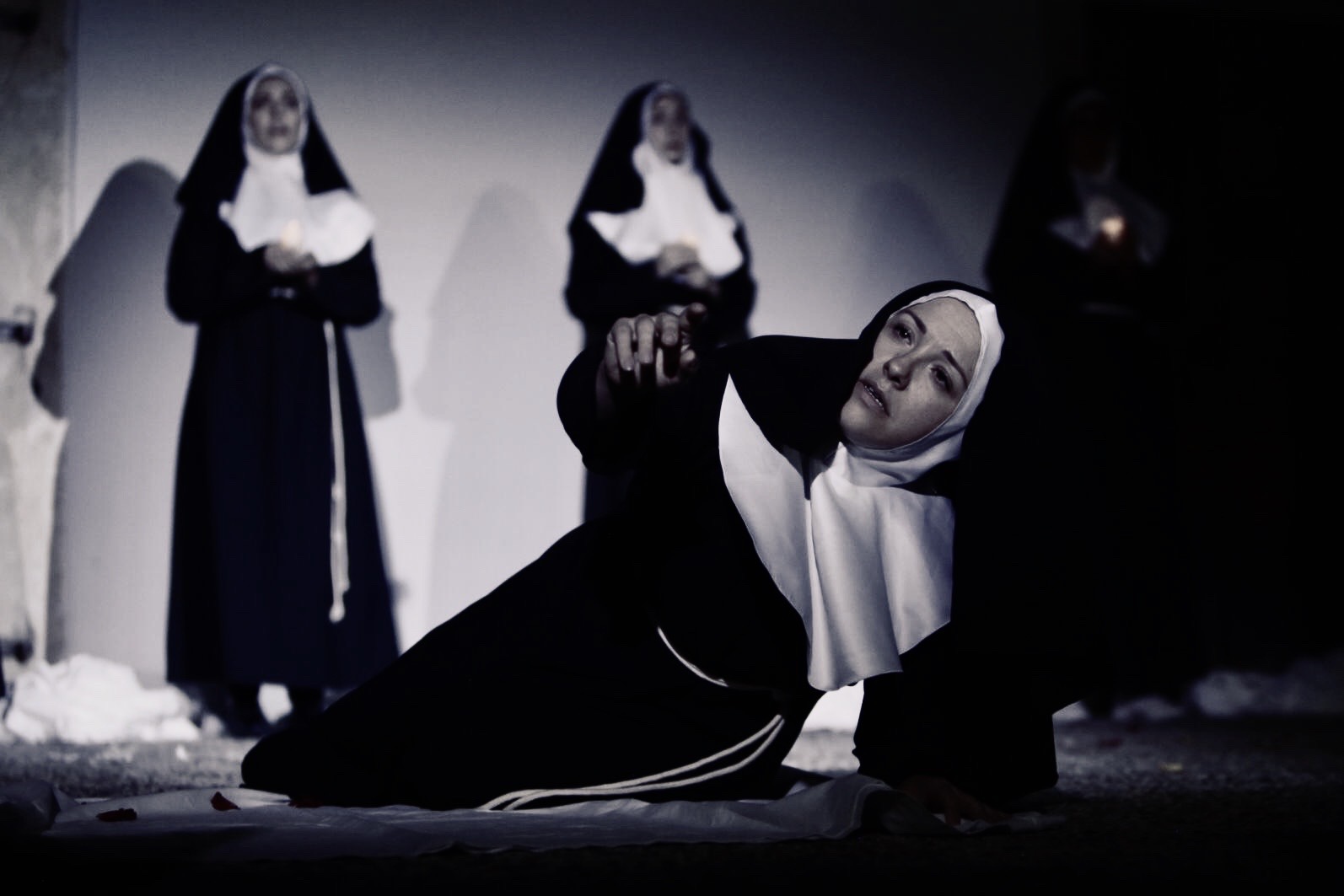 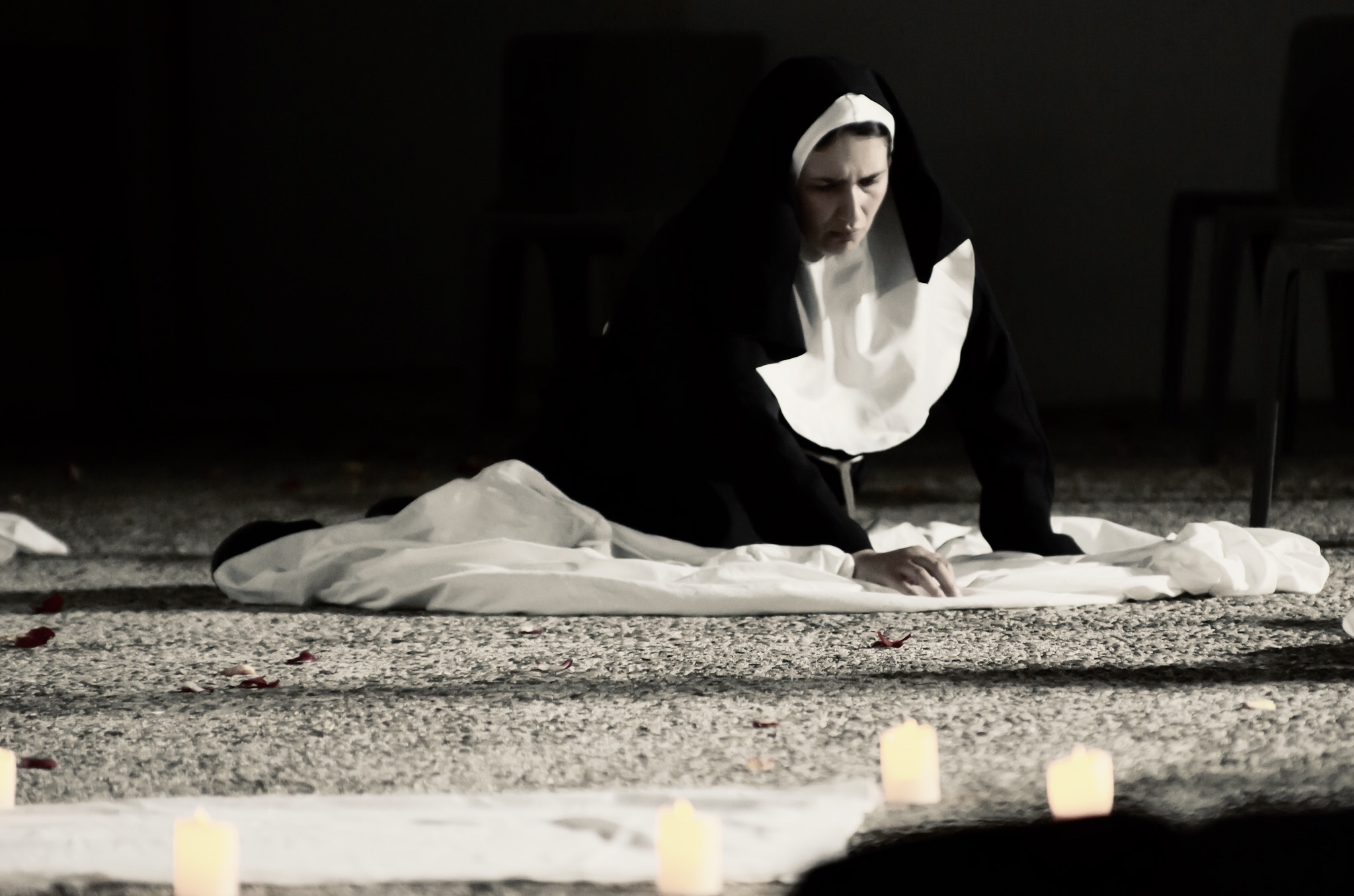 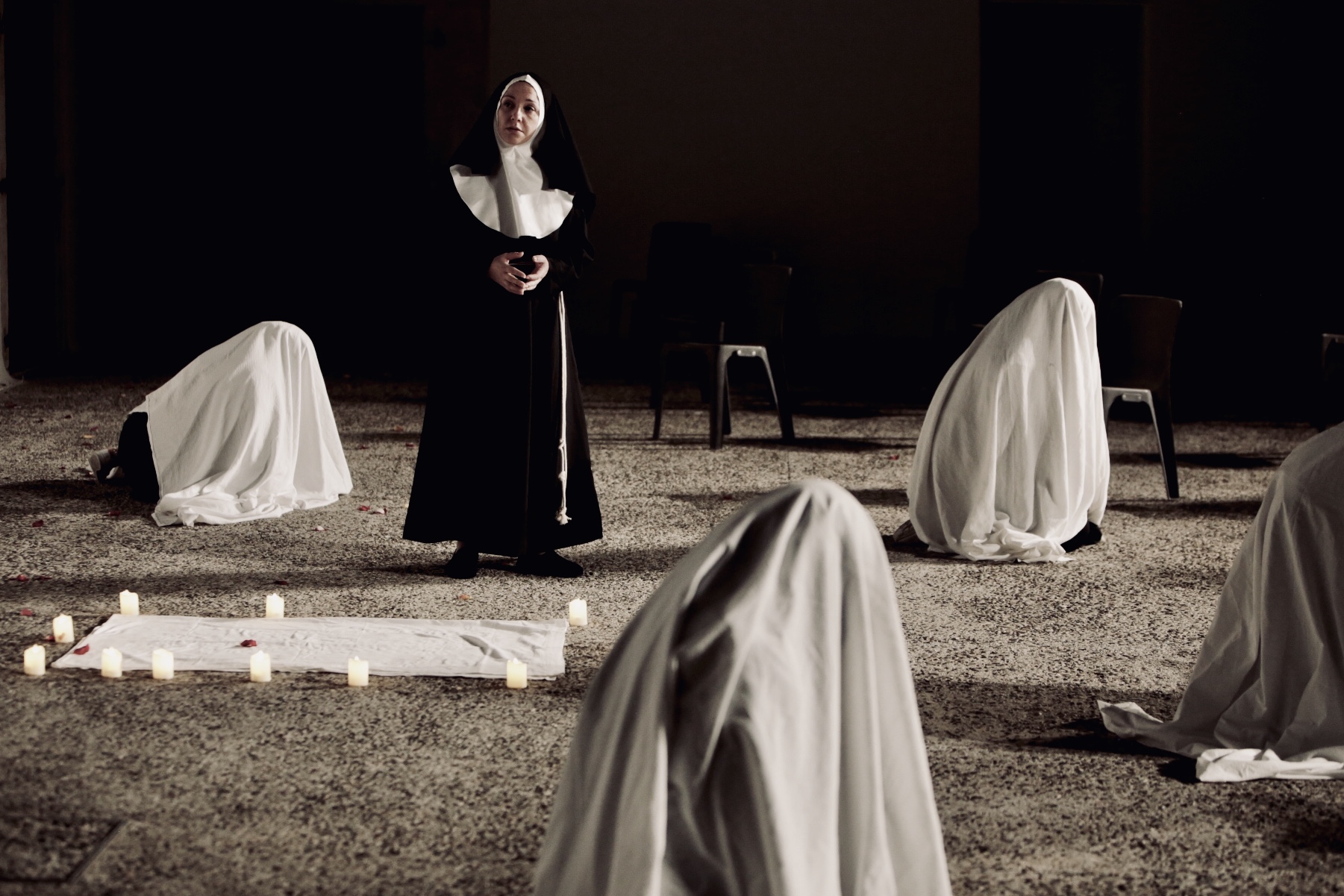 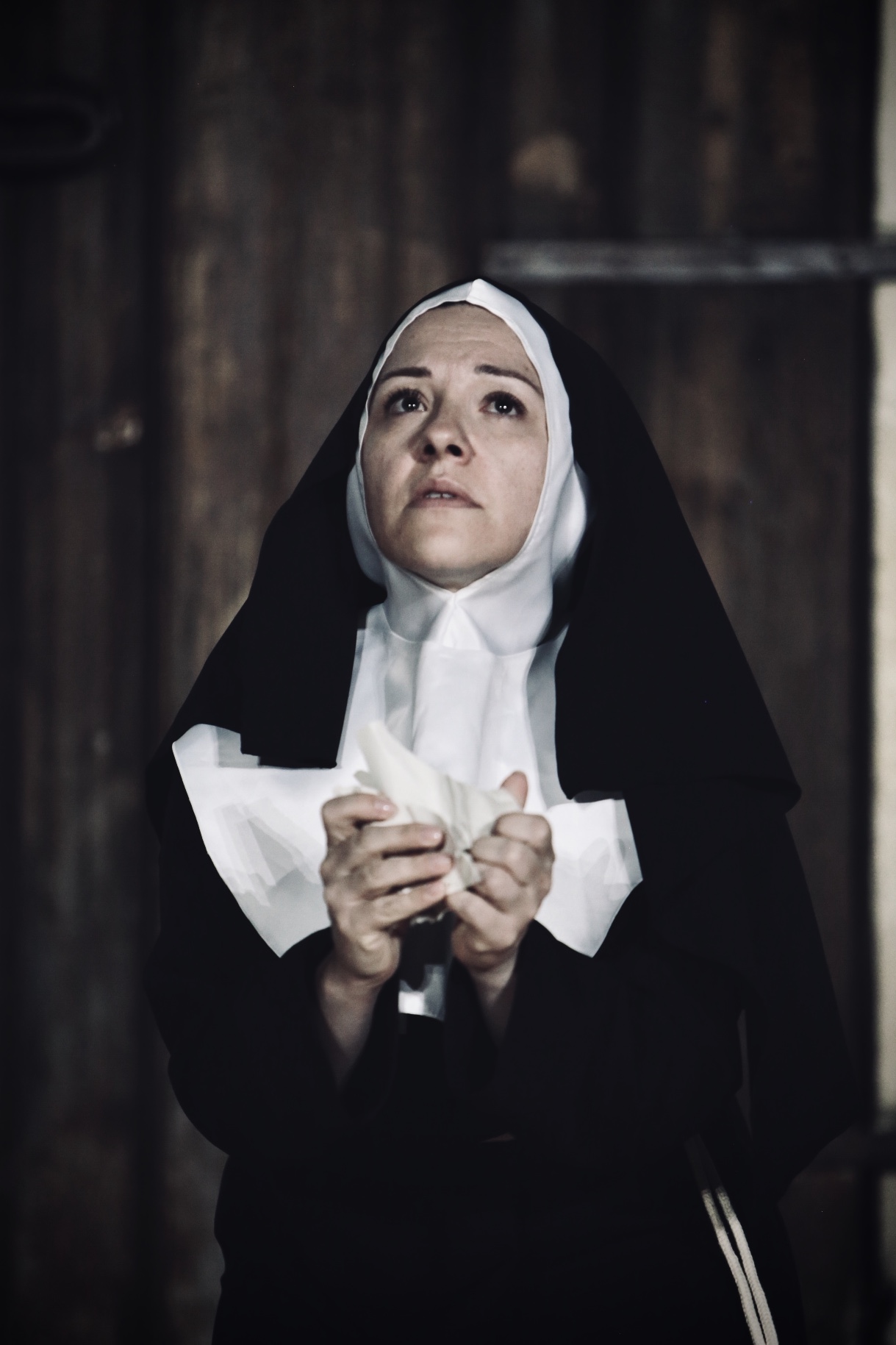 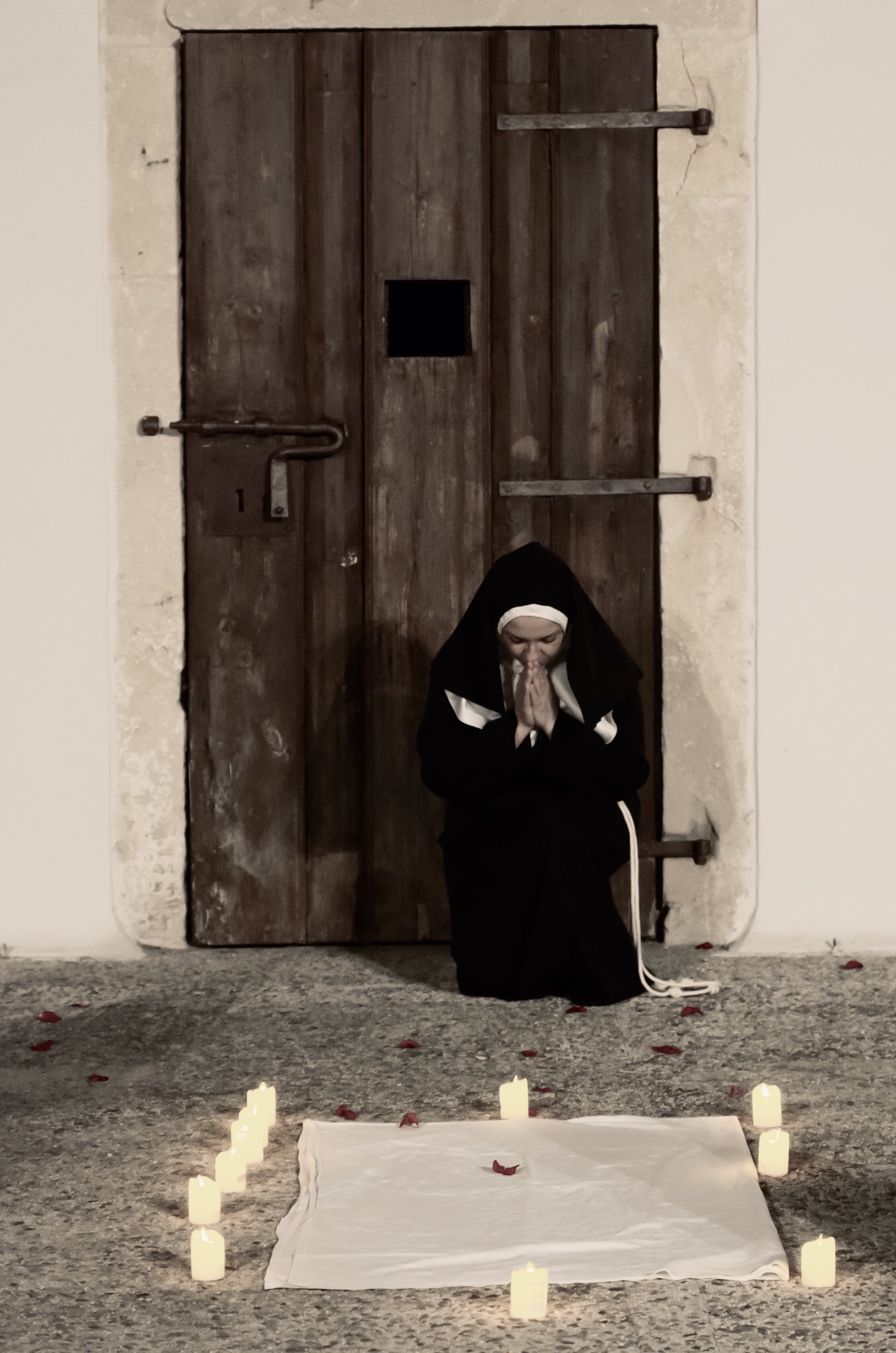 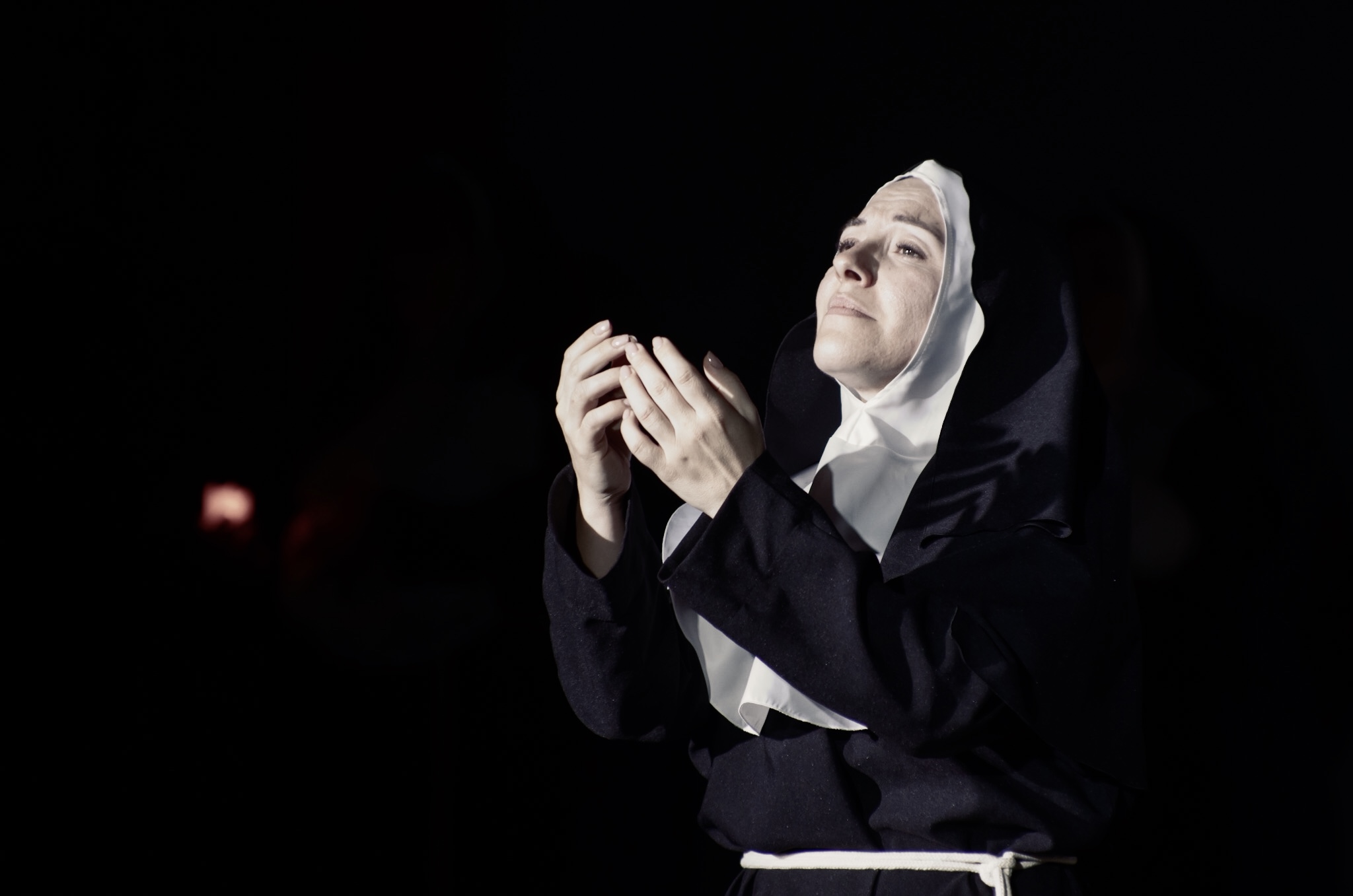 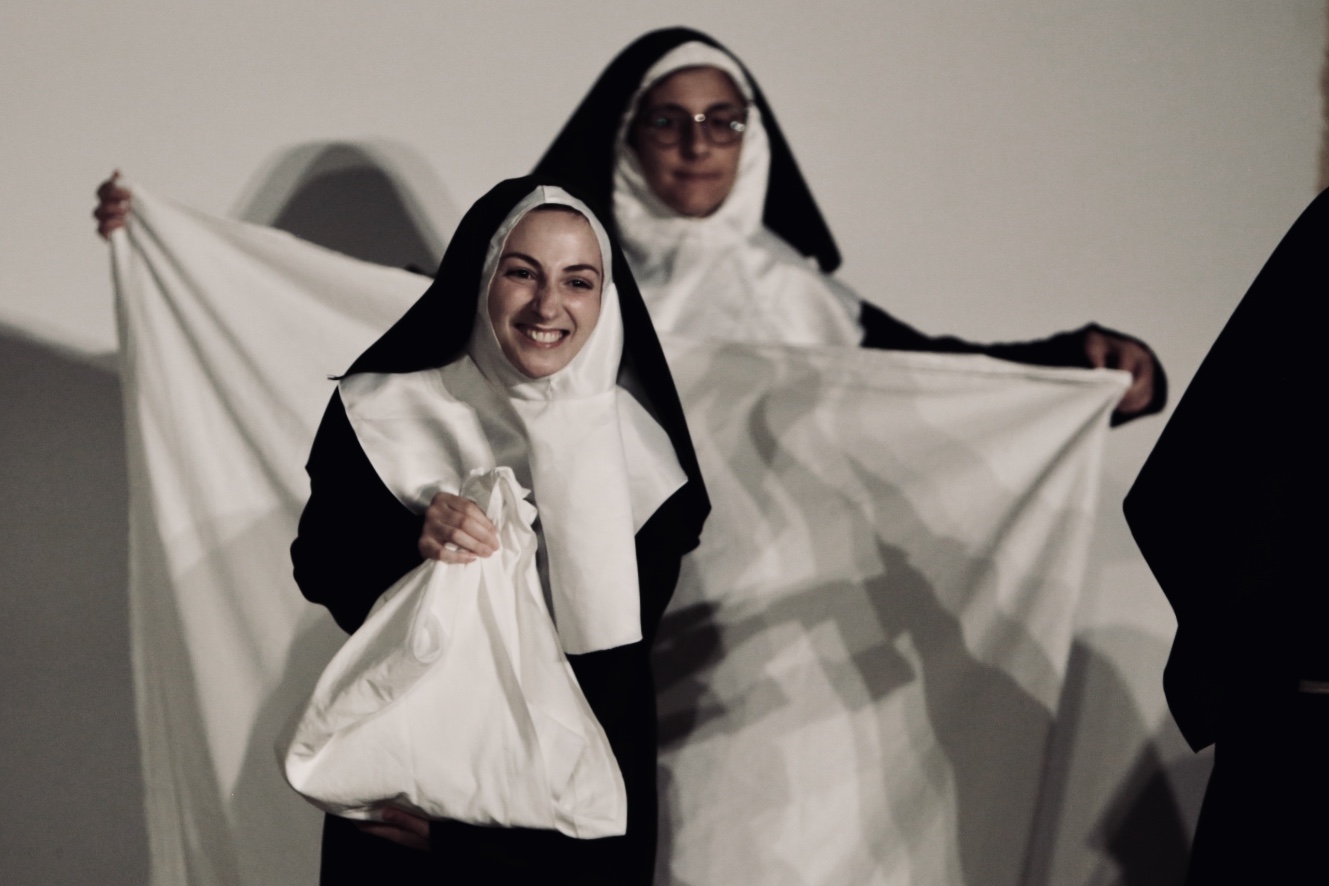 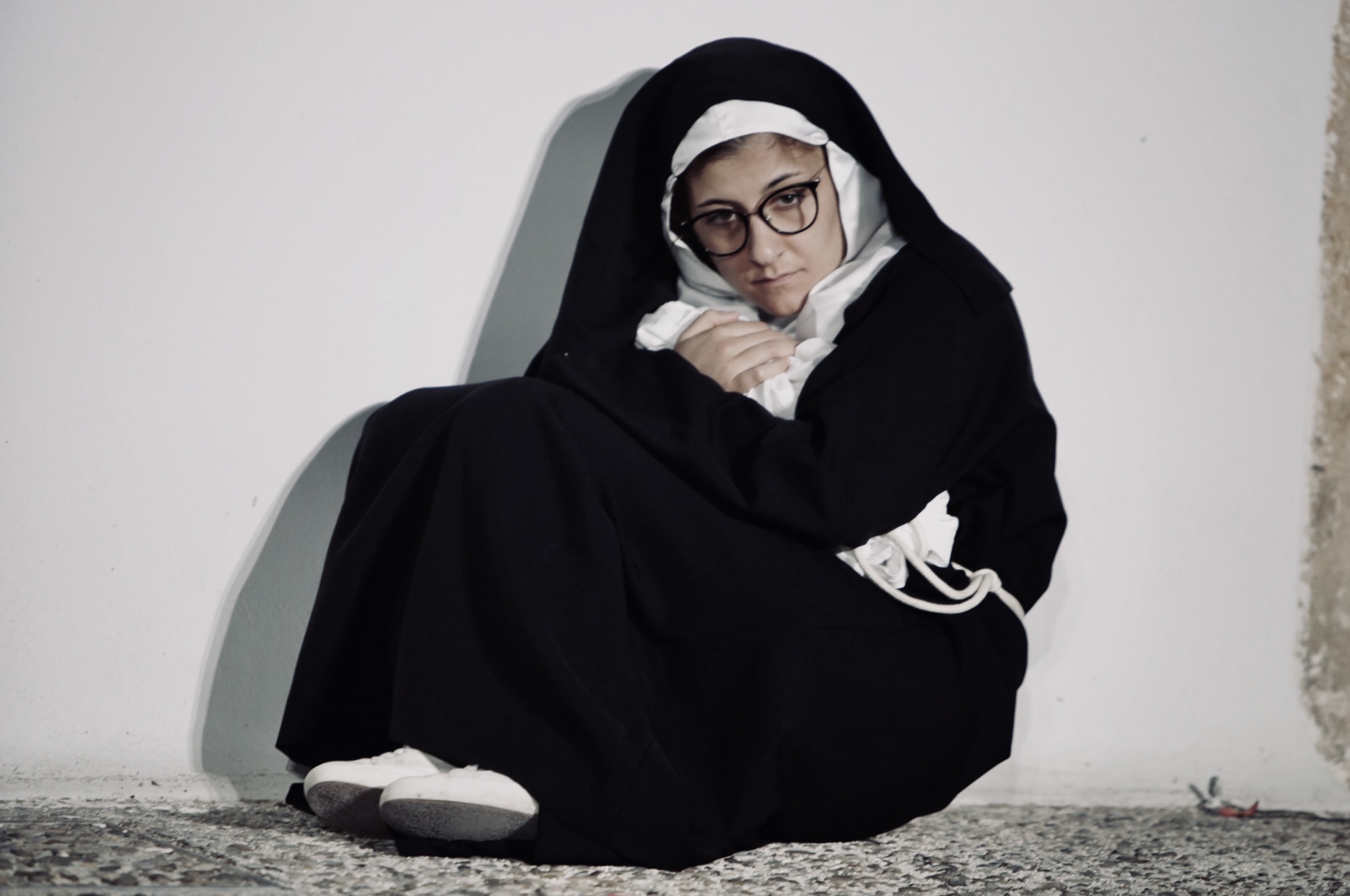 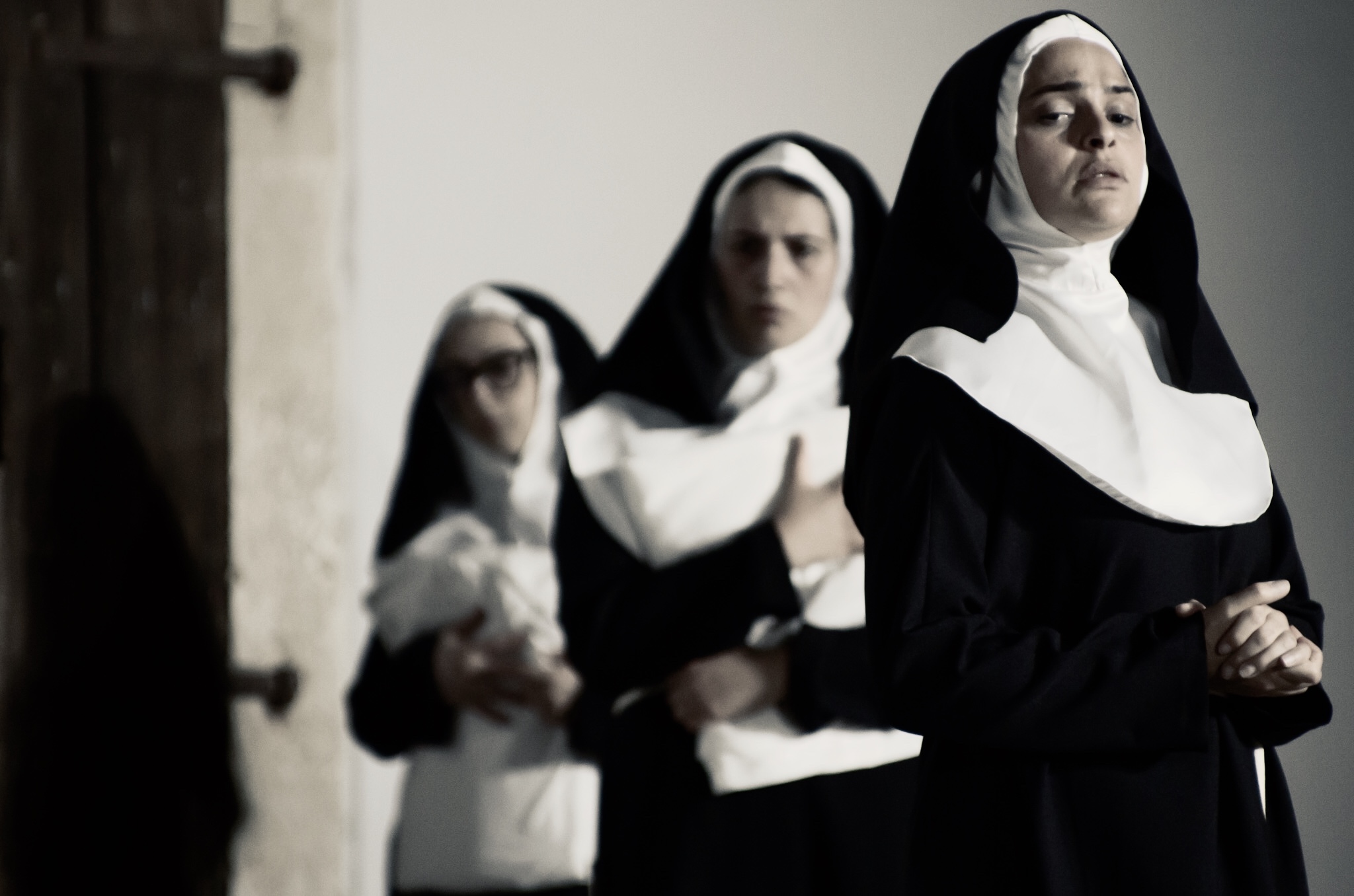 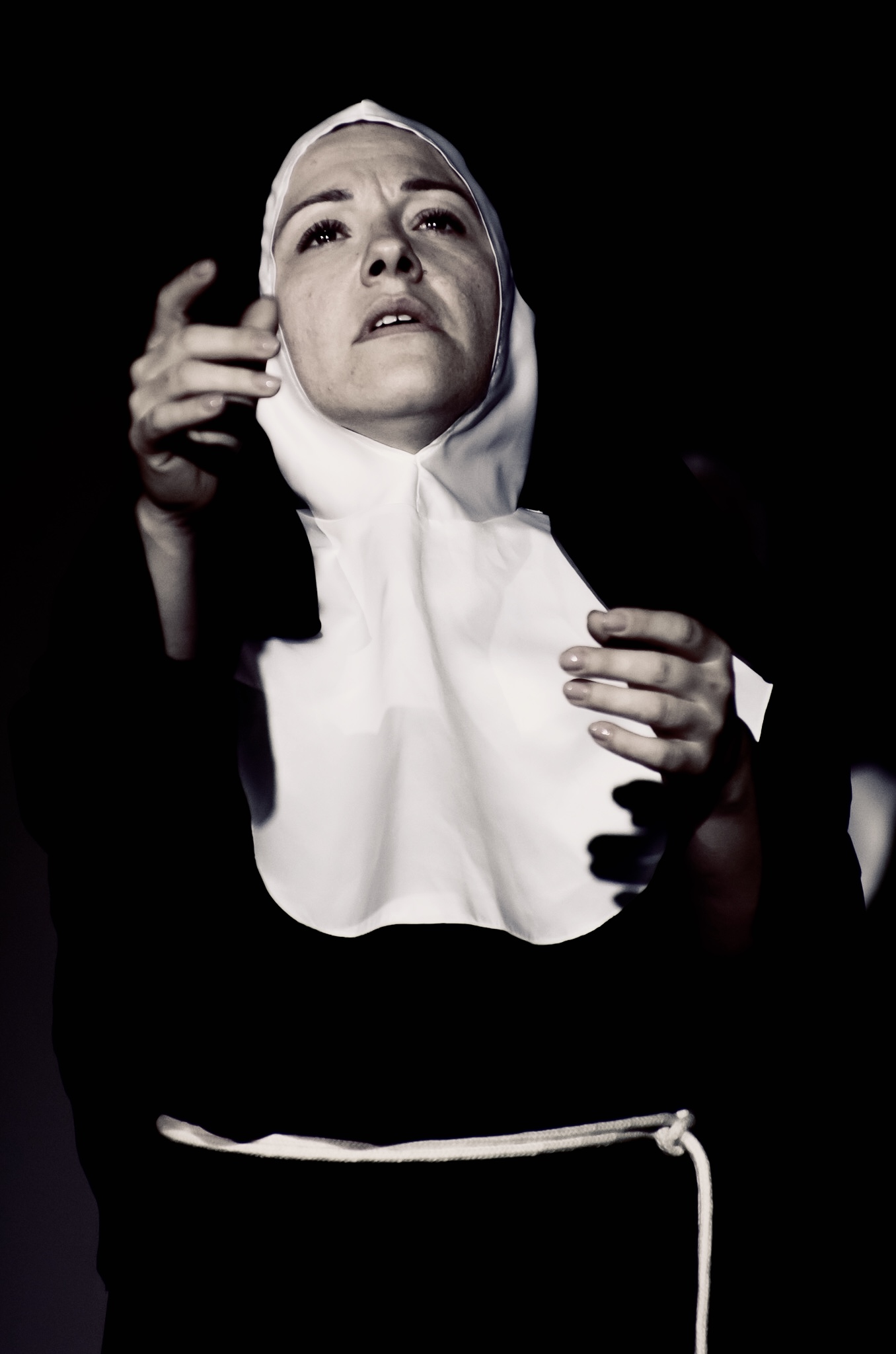 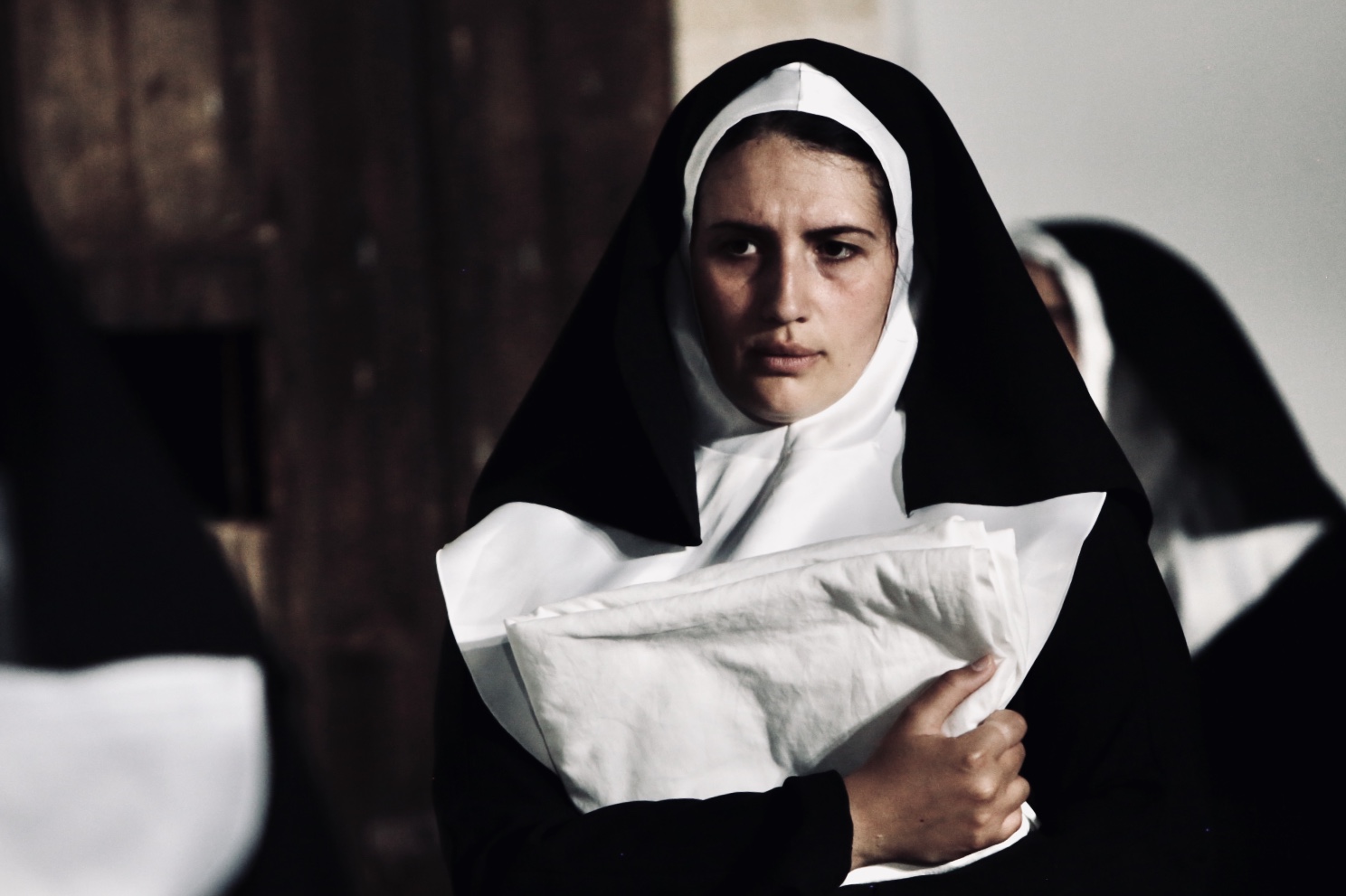 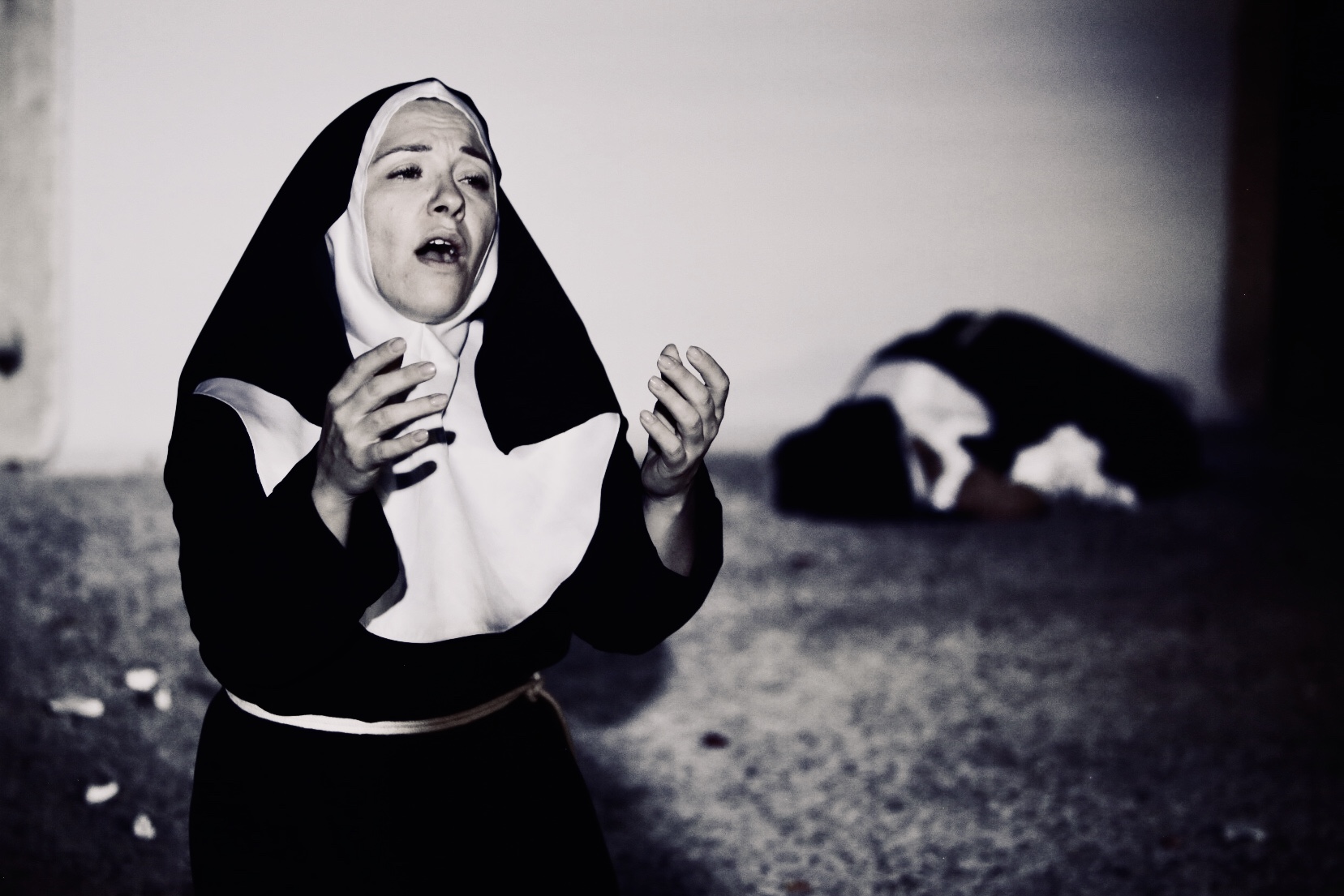 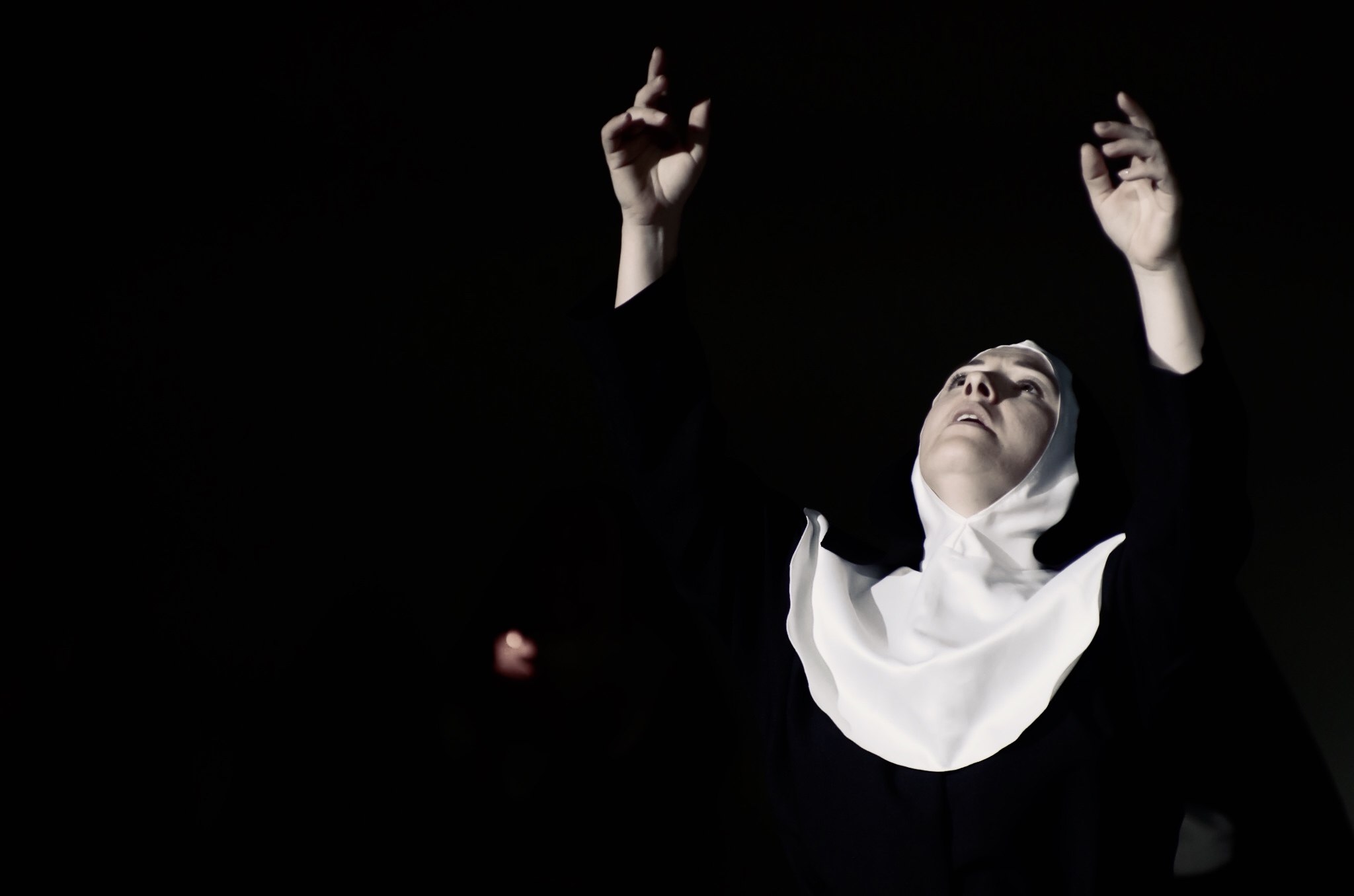