You are at:Home»ArtistiMichael»JAN BARTOŠ piano 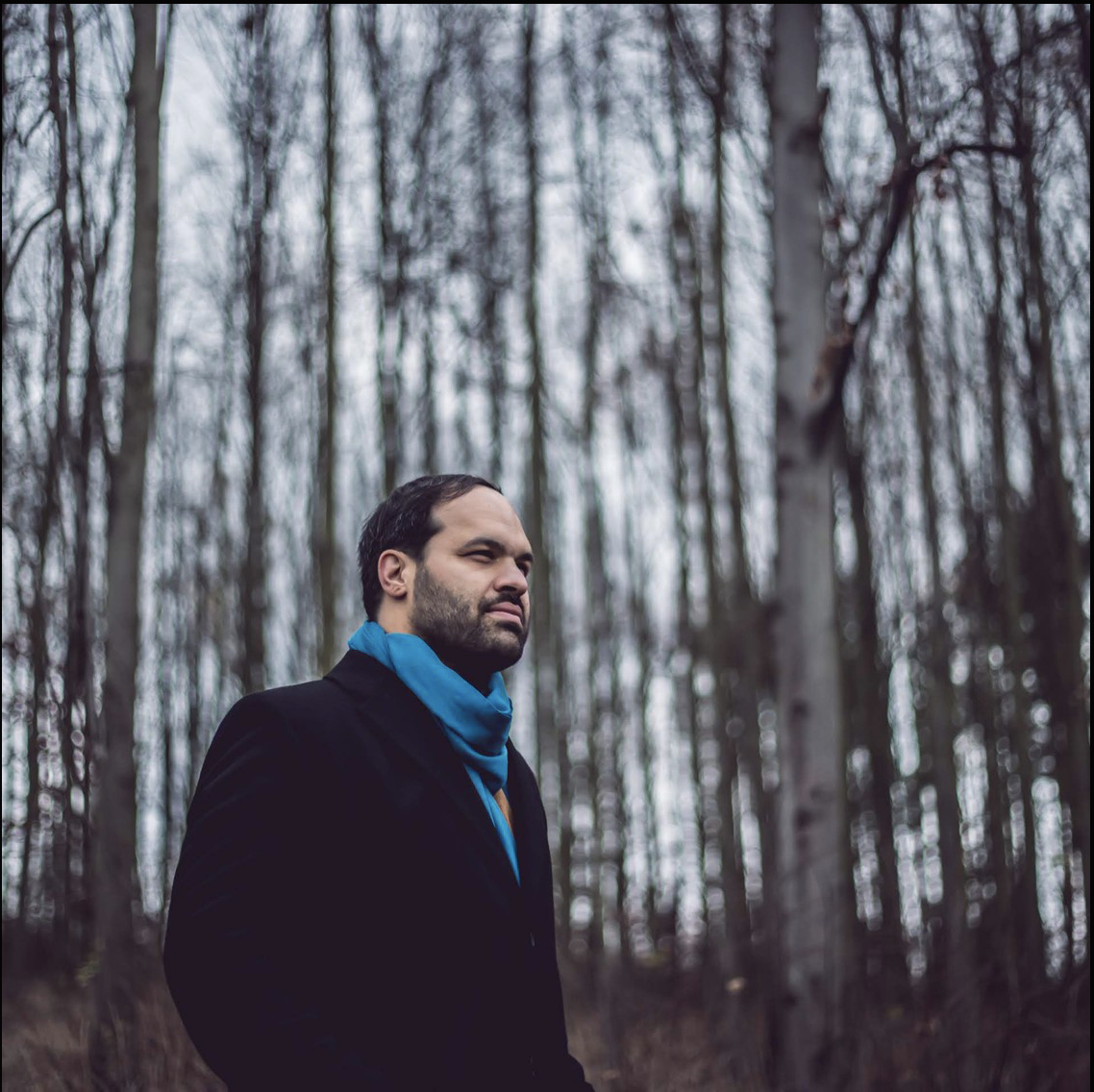 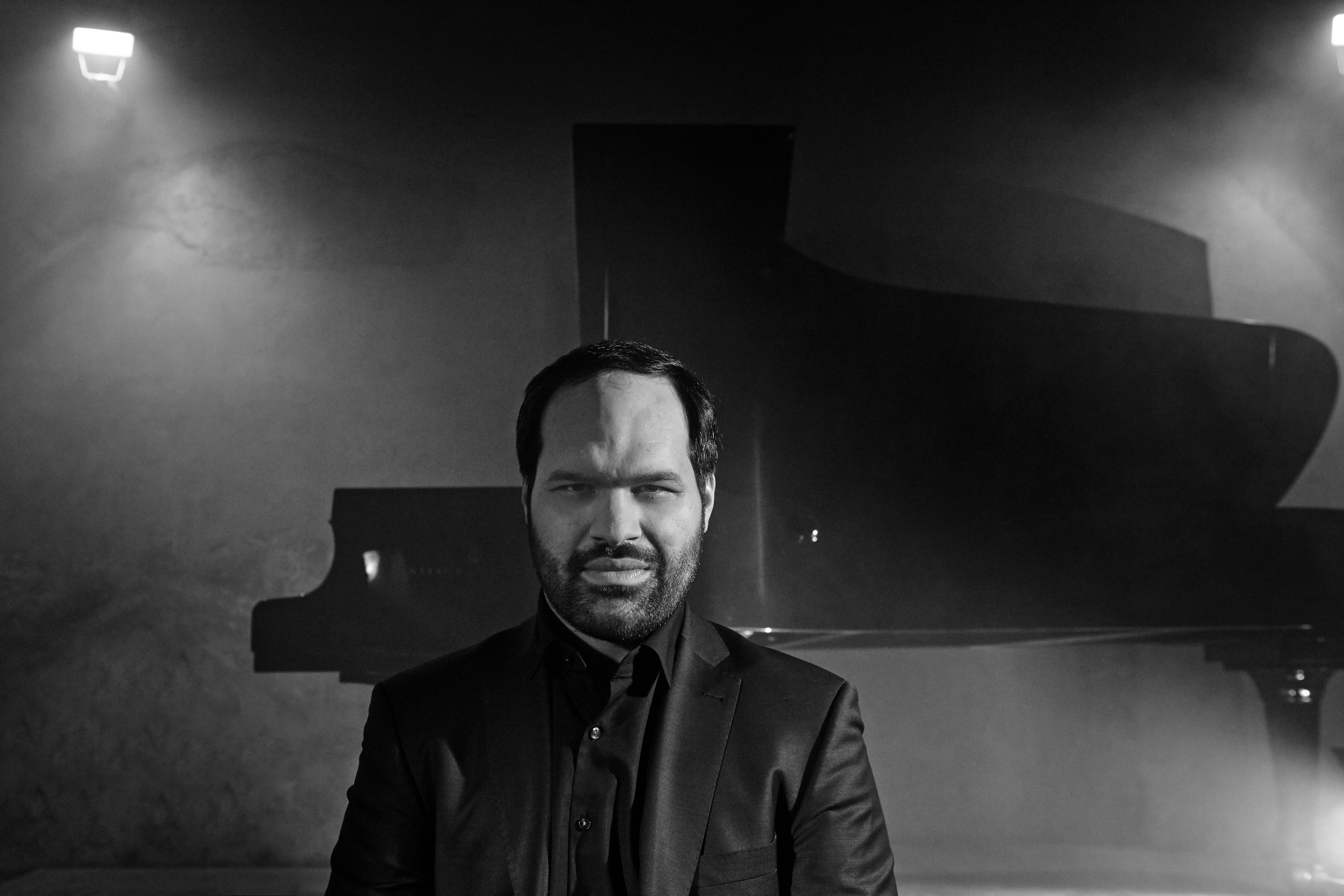 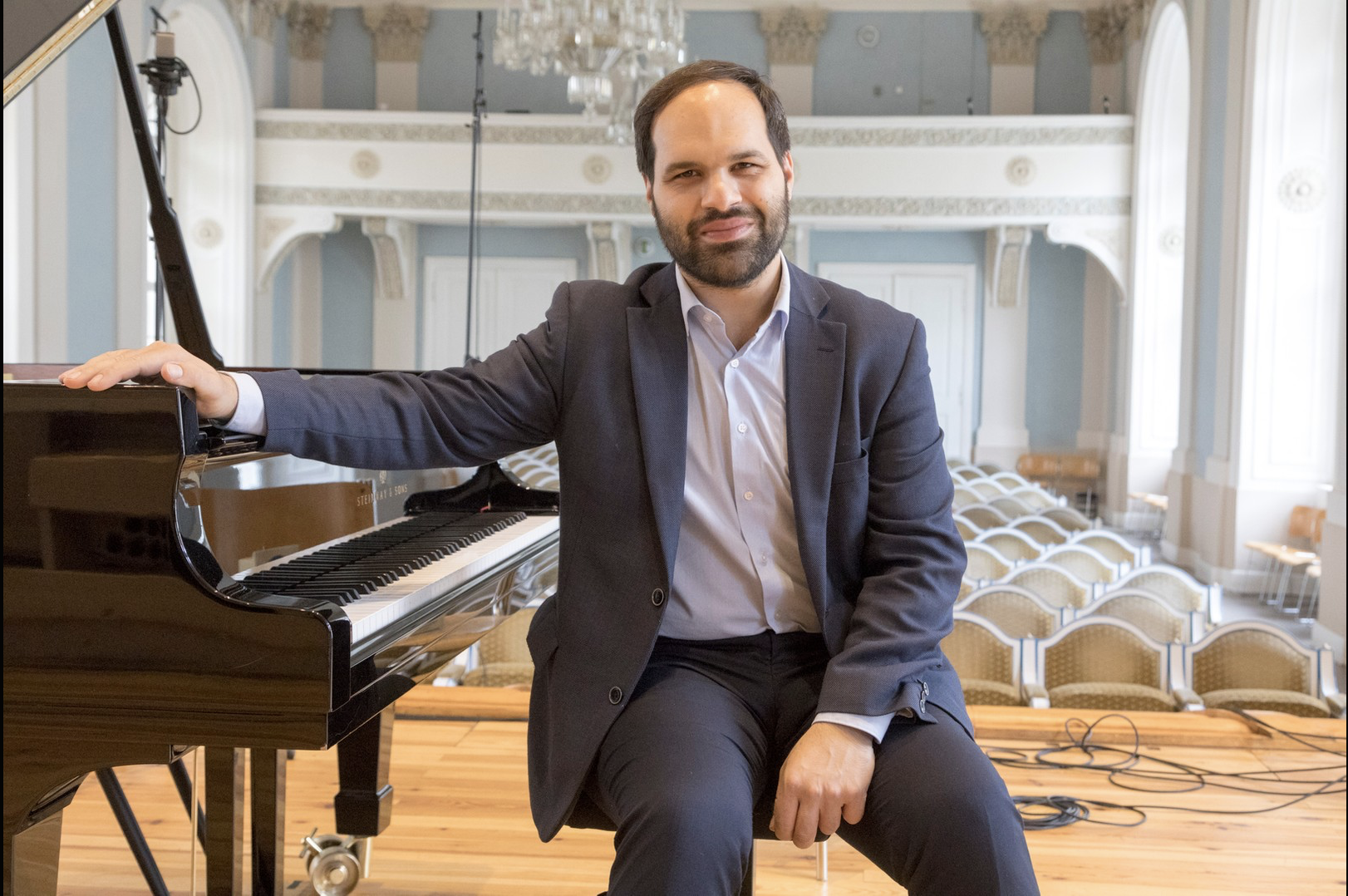 The international press has described Czech pianist Jan Bartoš as “one of the finest European pianists” and “an emotional and sophisticated interpreter.”

As a Supraphon label exclusive recording artist, his CD-recordings of the music Janáček, Mozart, Beethoven and Novák have earned international critical acclaim from critics at Gramophone, Diapason, BBC Music Magazine, The Sunday Times, American Record Guide, The Guardian, and in many other leading world media and music publications..

Jan Bartoš’s recent released CD on Supraphon, performing Vítezslav Novák’s (a pupil of Dvořák’s and a highly distinguished composer)  Piano Concerto in E minor (the first studio recording of the concerto), with Maestro ​ Jakub Hrůša and the Prague Radio Symphony Orchestra, has been critically acclaimed internationally. Voted London’s THE GUARDIAN newspaper’s Classical Album of the Week and The Month's Best Albums in September 2020: who wrote of Bartoš’s expressive gifts that the Novák concerto crammed with hefty bravura solo ‘‘is dispatched on the recording by Jan Bartoš with suitable muscularity".  Stretto classical magazine wrote, ‘‘the music is brilliantly performed by both, the soloist and the conductor.’’  And London’s THE SUNDAY TIMES, highlighted the CD as ‘‘worth knowing in Hrůša and Bartoš’s idiomatic performances.’’

Furthermore, Bartoš’s Beethoven double album received a high 5-star review in the BBC Music Magazine, stating that “everything in this recording is outstanding... The Arietta of Op. 111 is here gorgeous beyond words."

Other appearances have included a sold-out solo recital (along with Evgeny Kissin, Marc-Andre Hamelin, and Beatrice Rana) at the Rudolf Firkušný Piano Festival organised by the Prague Spring Music Festival, and the complete Janáček's piano works at the International Festival Janáček Brno.  Bartoš has performed Grieg’s Piano Concerto and Martinů’s Double Concerto with the Prague Philharmonia.  And gave the US premiere of piano works by Czech composer Miloslav Kabeláč at the Bohemian National Hall in New York.

Jan Bartoš has given concerts at prominent venues throughout Europe, in Asia and the USA (including his debut Carnegie Hall).  He made his New York debut in 2009 playing Beethoven's Piano Concerto No. 5 with the Manhattan Philharmonia.

The late-Czech conductor Jiří Bělohlávek was a keen supporter of Jan Bartoš and regularly appeared together in concerts with the Czech Philharmonic Orchestra. Together with the Czech Philharmonic Orchestra, Bartoš recorded Mozart’s Piano Concertos​ No. 20 in D minor, K 466 and No. 12 in A major, "a quattro", K 414. London’s THE SUNDAY TIMES newspaper, wrote that Bartoš’s ‘‘crisp articulation and singing legato are never far from the spirit of the composer's sunnier comedies.’ These live recordings came with the endor­sement of the internationally acclaimed pianist Alfred Brendel. Bartoš was also invited to perform on the newly released Supraphon DVD My Musical Life (2021) by Alfred Brendel celebrating his 90th birthday, who wrote, “Jan Bartos is one of my most impressive and exciting young colleagues. In him, virtuosity is coupled with deeply serious musicianship.''

Moreover, Bartoš has received the prestigious accolades and scholarships from the Czech Ministry of Culture, the Rucorva Trust Award in the Netherlands, and the Schimmel Prize in Germany.

Bartoš was the last pupil of the legendary pianist Ivan Moravec. Following his studies in the Czech Republic, with Martin Ballý and Miroslav Langer, he continued to hone his artistry abroad, under the guidance of Alfred Brendel, Leon Fleisher, James Tocco, and Zenon Fishbein. And studied chamber music with Juilliard String Quartet's Robert Mann and Emerson String Quartet's Lawrence Dutton. He has a Professional Studies Diploma from the Manhattan School of Music in New York, and a doctorate from the Academy of Performing Arts in Prague.

Jan Bartoš is the co-founder and director of the Prague Music Performance, an innovative festival and institution, which combines concerts with master classes, lectures and residencies. And is also the Artistic Director of the American Spring Festival in the Czech Republic, Europe. 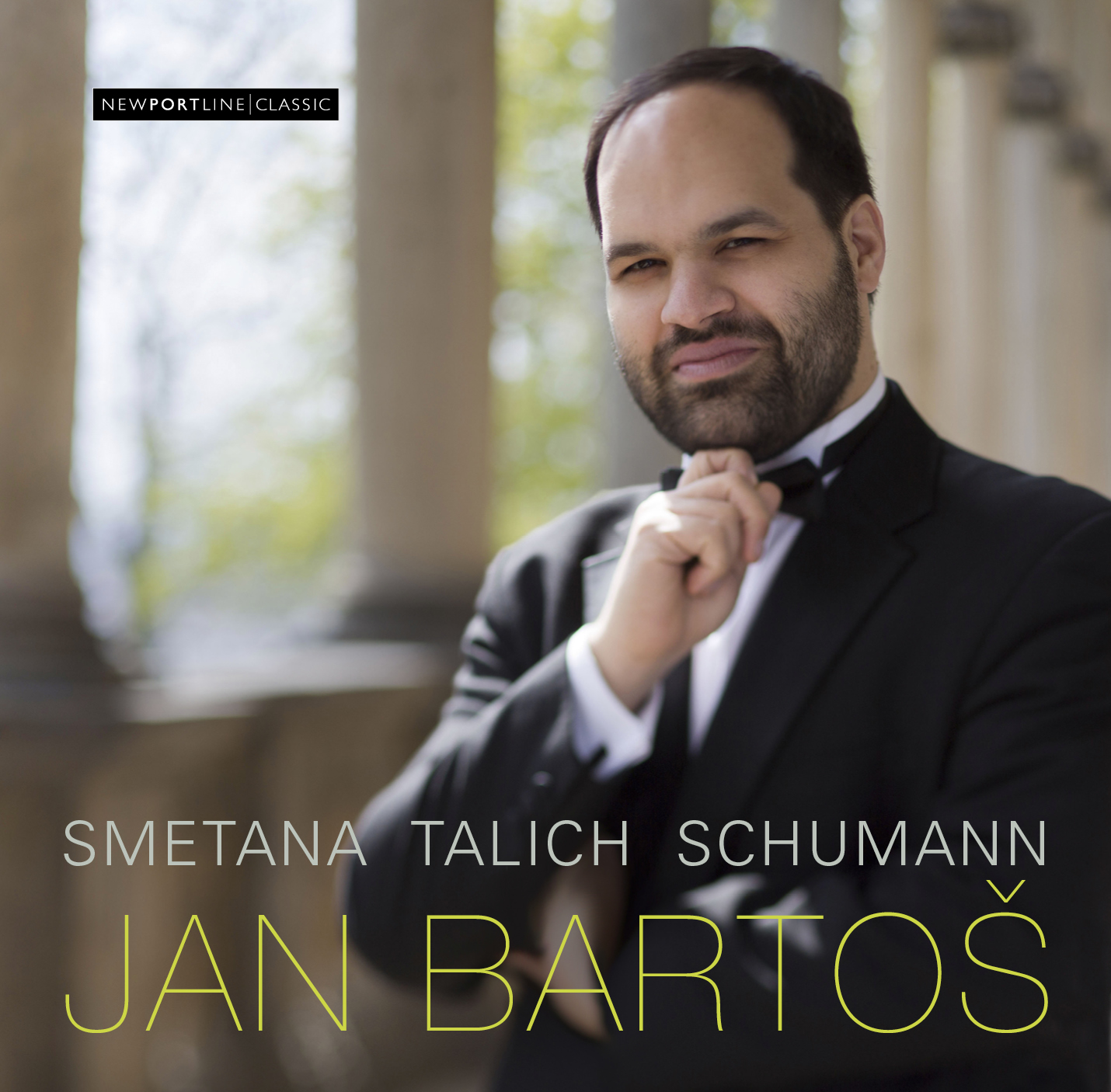 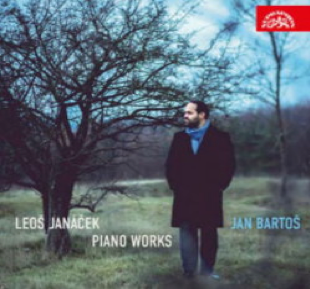 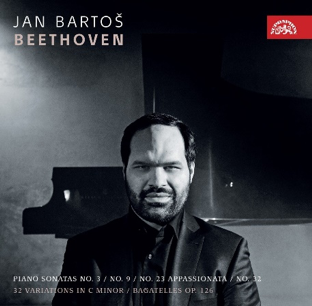 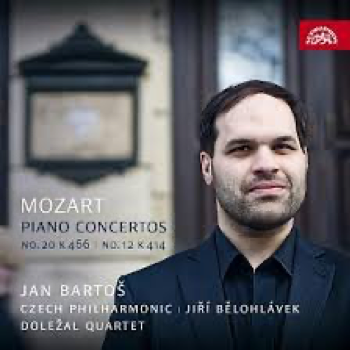